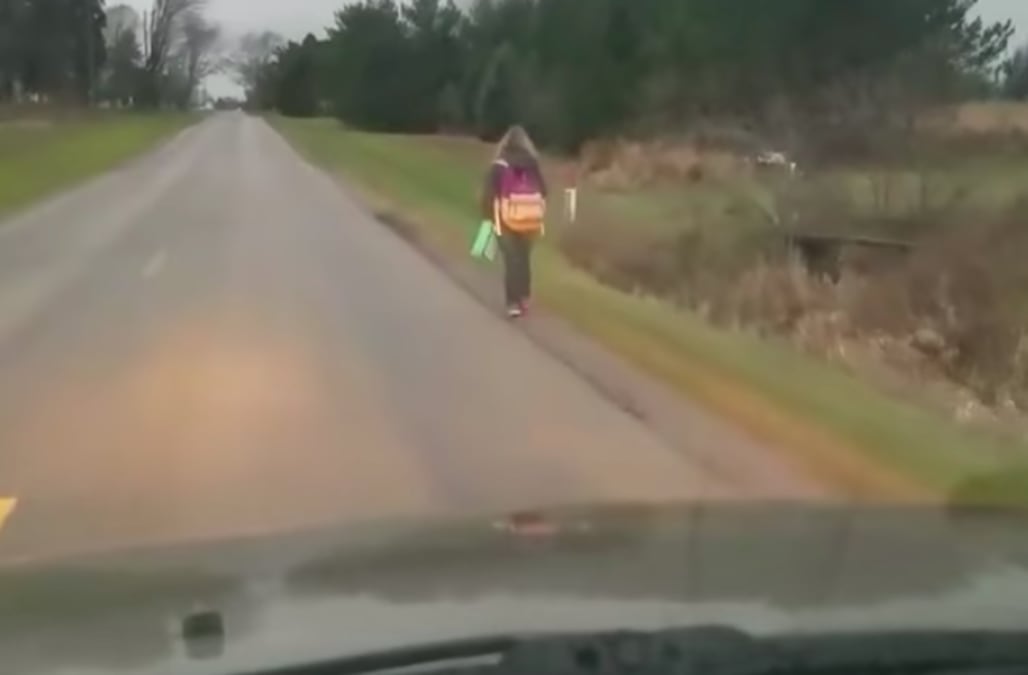 A video of an Ohio father's unorthodox punishment for his bullying daughter has gone viral.

Matt Cox took to Facebook on Monday to share footage of his young daughter making the five-mile trek to her school amid frigid temperatures as punishment after she was suspended from her bus for bullying.

"This lovely lady is my 10-year-old daughter who has, for the second time this school year, been kicked off the school bus due to bullying another student," Cox states in the two-minute clip. "Let me make this extremely clear — bullying is unacceptable, especially in my household."

"Friday when my daughter brought home her paperwork for her bus suspension, she said, 'Daddy, you're gonna have to take me to school next week,'" he continued. "As you can see this morning, she is learning otherwise."

Cox went on to explain that, as he sees it, a lot of children believe that certain things, such as a ride to school in the morning from their parents or their bus driver, are "a right" and not a privilege that can be taken away when one disobeys the rules.

"So today, my beautiful daughter is going to walk five miles to school in 36-degree weather," Cox explains. "I know a lot of you parents are not going to agree with this, but that is alright because I am doing what I feel is right to teach my daughter a lesson and to stop her from bullying."

Cox's clip quickly went viral, racking up more than 16 million views and over 67,000 comments, many from social media users who seemed to be divided on whether the punishment was fair or cruel.

Cox later took to Facebook to defend himself amid backlash, saying his daughter was not harmed by the punishment and that more parents need to hold their kids accountable as he did.

"UPDATE: lesson learned!" he wrote. "Still has all her extremities intact is happy and healthy and seems to have a new outlook on bullying as well as a new appreciation for some of the simple things in life she used to take for granted."