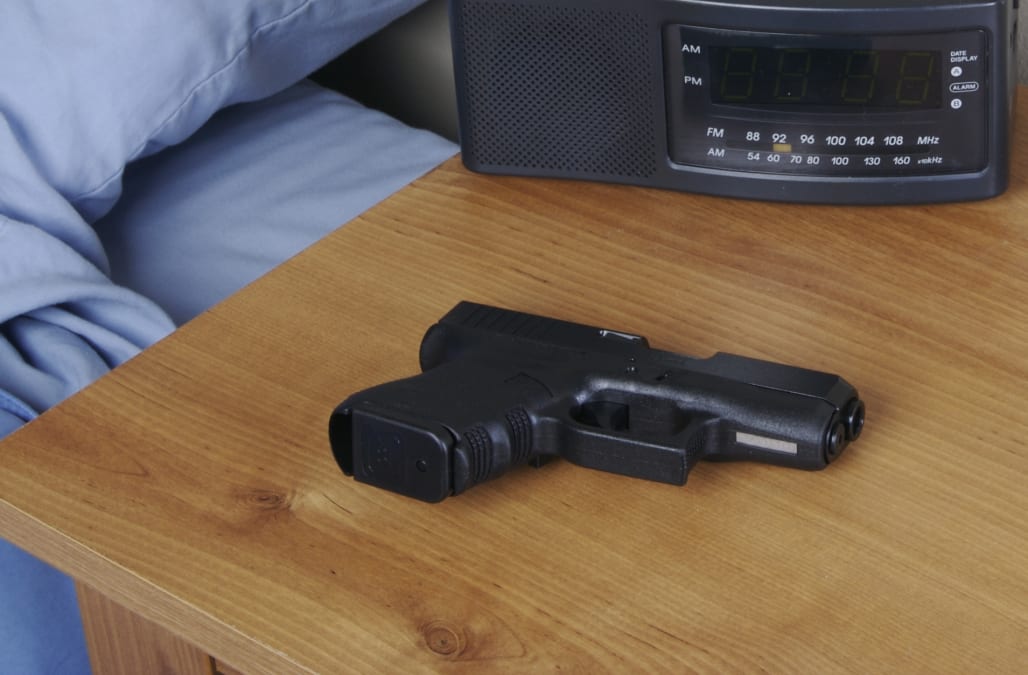 Authorities in South Carolina say a woman with a concealed carry permit fatally shot an escaped inmate who broke into her home.

Two inmates at the Pickens County Prison physically assaulted two guards at around 2:40 a.m. on Tuesday morning in a "pre-meditated plan to escape from the facility," according to Pickens County Sheriff Rick Clark.

One of the escaped inmates, identified as Timothy Cleveland Dill, who was initially jailed on charges of sexual conduct with a minor, was taken back into custody near the prison without incident following the escape, WHNS reports.

Deputies were alerted to the whereabouts of the second inmate, whose name has not yet been released, shortly thereafter when a local woman called 911 to report that she had just shot a man who kicked down her back door.

The female homeowner, a concealed carry permit holder who was home alone at the time of the break-in, shot the convict one time in the head as he approached her bedroom door, Sheriff Clark said.

The escaped prisoner, who was wearing an orange jumpsuit and carrying a metal weapon when he was shot, was flown to a nearby hospital where he was pronounced dead.

Sheriff Clark said the man had no relation to the woman, adding that her use of deadly force likely saved her life.

"This is the shining example of what this lady did. She took the time to get her CWP and set herself up to be able to protect herself and not be harmed, killed or raped or whatever," Clark said during a press conference. "She came out on the good end of this and the bad guy didn’t."