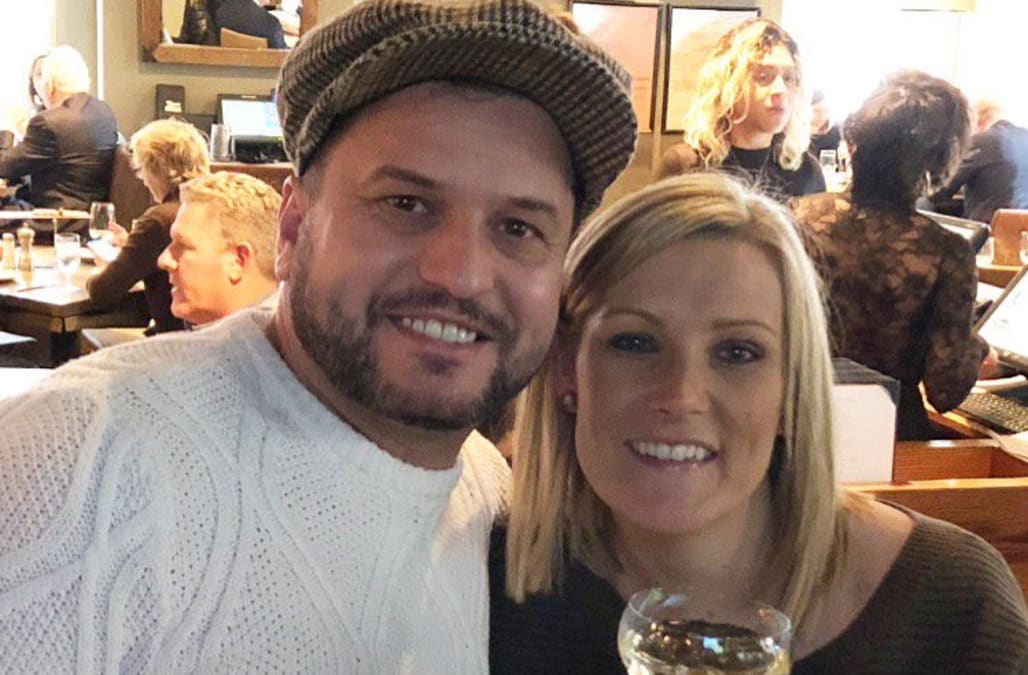 NEW YORK (AP) — A trans-Atlantic love affair has sprouted between a once anonymous English couple who lost an engagement ring down a Times Square utility grate, returning home thinking it was gone forever, and the New York City police officers who found it in the muck 8 feet under.

"I cannot thank you enough, although I will try," Englishman John Drennan said in a tweet directed at the New York police Sunday. "A few cold beers when we come back to NYC! We are completely overwhelmed and you will definitely get a mention at our wedding!"

The NYPD had been looking for Drennan and his fiancee, Daniella Anthony, since they retrieved the ring Saturday morning. He proposed to her in Central Park and she said it slipped off her finger and fell into the Times Square grate late Friday night.

"I was devastated," Anthony told The New York Times. "I was literally crying. It was the worst moment of my life."

They asked for help, but police officers were initially unsuccessful at getting the ring out and the couple left for England without leaving their names or contact information. Drennan even bought a second ring shortly after arriving at the airport.

Most beautiful celebrity engagement rings
Lucy chose her own engagement ring, a cushion-cut diamond on a thin gold band, for her marriage to Desi Arnaz.
The diamond on Queen Elizabeth II's engagement ring came from a tiara owned by Prince Phillip's mother, Princess Alice of Battenberg.
John F. Kennedy gave Jacqueline Bouvier a custom Van Cleef & Arpels engagement ring featuring a 2.84 carat emerald and a 2.88 carat diamond.
Joe Dimaggio gave this eternity band, set with 35 baguette-cut diamonds, to Marilyn Monroe at their 1954 wedding.
Princess Grace originally received a Cartier eternity band (left) comprised of rubies and diamonds from Prince Rainier III of Monaco, but he soon swapped it for a 10.5-carat Cartier diamond ring.
Taylor's third husband, Mike Todd, gave her this "friendship ring" of 29 karats before their 1957 wedding.
Robert Wagner hid Wood's ring, a freshwater pearl surrounded by diamonds, in her champagne glass at Romanoff's restaurant on Rodeo Drive when he proposed in December of 1957.
Frank Sinatra gave Farrow a pear-shaped solitaire diamond ring before their July 1966 wedding.
In 1968 (four years into their first marriage), Richard Burton gave Elizabeth Taylor the Krupp Diamond, a 33.19-carat Asscher-cut jewel. Though not technically an engagement ring, it's one of the most iconic pieces of jewelry of all time.
When Lady Diana Spencer and Prince Charles became engaged in February 1981, Diana chose a Garrard ring with a 12-carat oval sapphire surrounded by 14 solitaire diamonds.
Matthew Broderick gave SJP her stunning emerald-cut ring before the couple's 1997 marriage.
Will Smith proposed to Jada Pinkett with this emerald-cut diamond in 1997.
David Beckham proposed to Victoria Adams with a three-carat marquise-cut diamond.
For his 2004 engagement to Garner, Ben Affleck selected a 4.5-carat diamond solitaire ring set in platinum from Harry Winston. The two have since called it quits.
Jay Z gave Beyoncé a $5 million, 18-carat Lorraine Schwartz diamond in April 2008.
King's beau, director Kyle Newman, presented her with a pavé-set solitaire diamond in April 2007.

Tom Brady gave Gisele a four-carat diamond solitaire ring when they became engaged in late 2008. The couple married during a private ceremony in February 2009.

Francois-Henri Pinault presented Hayek with an oval-shaped diamond ring from Neil Lane before the couple wed on Valentine's Day in 2009.
Blunt's three-carat diamond-and-platinum ring from husband John Krasinski was custom-made by Neil Lane.

Meanwhile, NYPD officers continued their search, and on Saturday morning they finally located the ring about 8 feet (2 meters) underground.

"Fortunately, it was actually kind of sitting on top of all of that stuff, so it really wasn't hard to find. It was just a small object like that in the midst of all the garbage," said Det. Joseph Bucchignano, the officer who spotted the ring.

In an effort to identify the anonymous couple, the NYPD put out a video message on social media showing them searching for the ring before police had arrived. Drennan is seen on his stomach peering through the grate.

Drennan told the newspaper that they had planned to keep the lost ring a secret, but a friend forwarded him the police Twitter message. Drennan then called New York police on Sunday.