Trump calls on Senate to pass prison reform bill, which McConnell doesn't want to bring to a vote 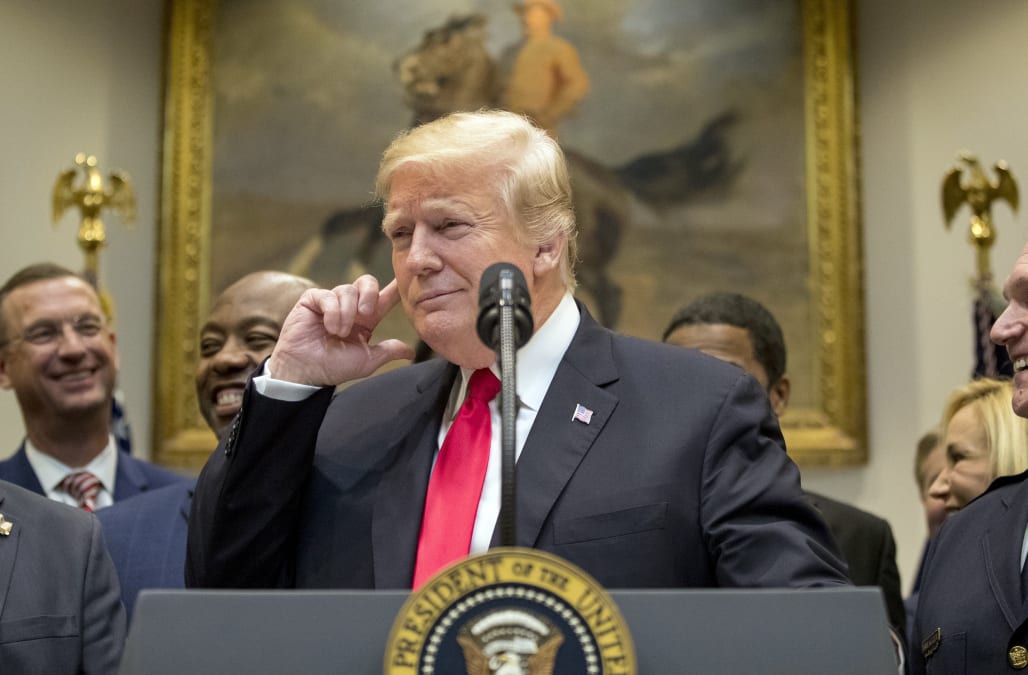 President Donald Trump on Friday called on Congress to pass a bipartisan criminal justice reform bill — a piece of legislation that would reform prison sentencing by lowering mandatory minimum sentencing guidelines and offer training programs in prisons to try and lower recidivism rates.

The bill has already passed the House, but Senate Majority Leader Mitch McConnell has said there is not enough time in the lame-duck session to get through the Senate.

“Really good Criminal Justice Reform has a true shot at major bipartisan support,” Trump tweeted. “@senatemajldr Mitch McConnell and @senchuckschumer have a real chance to do something so badly needed in our country. Already [passed], with big vote, in House. Would be a major victory for ALL!”

Behind the scenes, Republicans have been lobbying McConnell to put the bill to the floor for a vote.

And Trump has now taken the lobbying campaign public with his Friday tweet urging passage of the bill.

While Trump backs the legislation, some GOP senators are vehemently opposed, including Arkansas Republican Sen. Tom Cotton, who criticized the legislation as dangerous.

“Look at text,” Cotton tweeted on Nov. 19 at GOP Sen. Mike Lee, who supports the legislation. “Eligible prisoners — including those who assault law enforcement officers with deadly weapons — earn new ‘time credits’ for ‘pre-release custody or supervised release,’ which is why sheriffs call this dangerous.”

Sentencing reform has been a major issue for Trump’s son-in-law, Jared Kushner, and his daughter, Ivanka Trump. The duo, along with reality TV mogul Kim Kardashian West, helped convince Trump to grant clemency to Alice Marie Johnson, who was serving life in prison for a nonviolent drug offense.