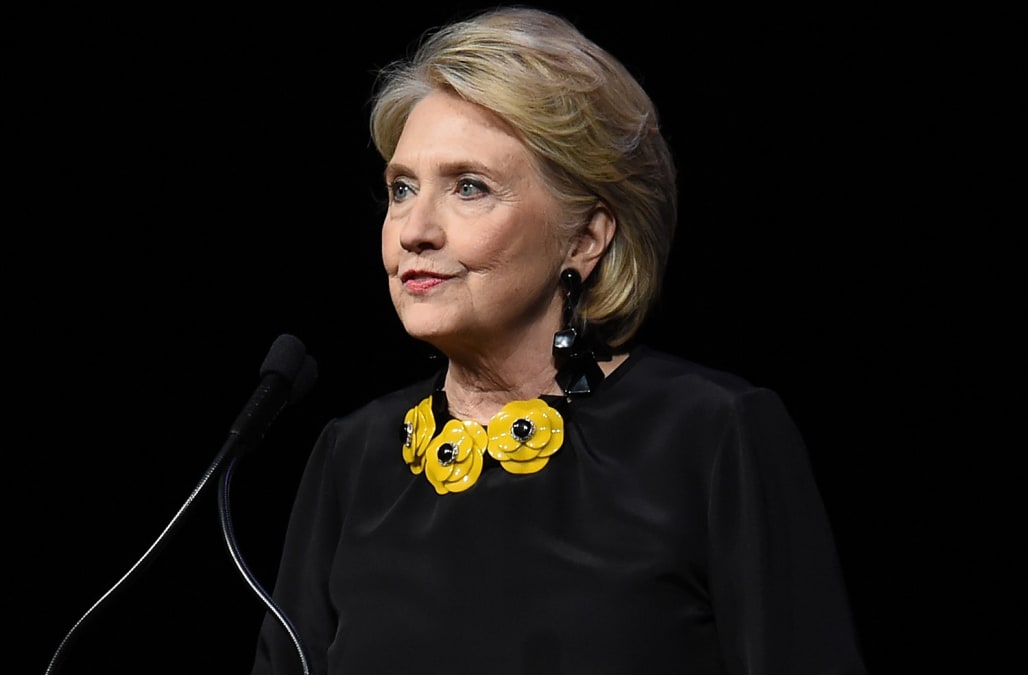 Hillary Clinton issued a stinging critique of the U.S. news media in an interview with The Guardian published Friday ― but she saved her harshest words for President Donald Trump’s favorite cabler, Fox News.

“It is totally divorced from reality, but it is superb propaganda,” Clinton said. “I don’t know the best way to puncture that. You have to hope that reality catches up with politics and entertainment at some point.”

Trump’s rival in the 2016 election said she believes “the press does not know how to cover these candidates who are setting themselves on fire every day, who are masters of diversion and distraction.”

See Clinton through the years:

Citing research on fascism by former Secretary of State Madeleine Albright, Clinton compared Trump to authoritarian leaders abroad, describing him as someone who “craves dominance” and attacks those news outlets that challenge his assertions.

“Now [Trump] doesn’t attack Fox News, because they’re like a wholly owned subsidiary of Trump and the Republican Party now. So he attacks the press and the broadcast media that raise questions about him, that don’t give him fidelity and loyalty,” she said.

Clinton called on the press at large to “get smarter” about its approach to Trump and the Republican Party, because “that’s basically how most voters get their information.” She cited Lesley Stahl’s “60 Minutes” interview with Trump in mid-October, saying Stahl should have asked about a bombshell New York Times piece on the Trump family’s tax dodging.

She suggested the press rethink its quest for “balance” when it comes at the expense of fact.

“This is a person who believes in very little,” Clinton said. “He does have visceral responses to what goes on in the world around him. He does have a strong streak of racism that goes back to his early years.”

The former secretary of state’s comments came one day after she called on Europe to tighten its immigration laws in order to stave off right-wing populism in a separate Guardian piece.

Head over to The Guardian to read the full interview.