'This is our lane': Doctors slam NRA after Chicago hospital shooting 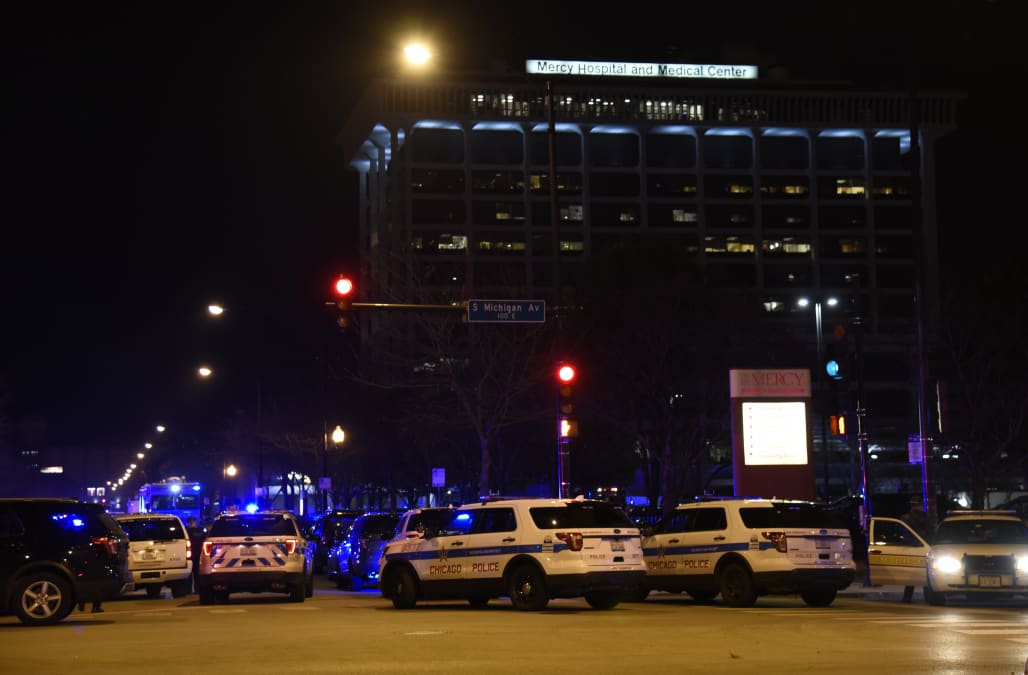 Less than two weeks after the National Rifle Association launched an attack on “self-important anti-gun doctors,” a mass shooting at a Chicago hospital left at least four people dead.

The suspect died at the scene from a gunshot wound, although it is unclear whether it was self-inflicted or from officers.

Earlier this month, the NRA wrote that physicians with a “collective hobby” of “opining on firearms” should “stay in their lane”.

Someone should tell self-important anti-gun doctors to stay in their lane. Half of the articles in Annals of Internal Medicine are pushing for gun control. Most upsetting, however, the medical community seems to have consulted NO ONE but themselves. https://t.co/oCR3uiLtS7

Following the shooting in Chicago, medical professionals took to social media to once again stress that treating bullet wounds and working to save the lives of those affected by gun violence actually was their “lane”.

Hospitals are supposed to be places of healing, not death.

Schools are supposed to be places of learning, not death.

Churches are supposed to be places of worship, not death.

Our country is supposed to be the United States of America, not a war torn battlefield. Of death. https://t.co/fpBC4LBSNK

We are all the same lane, together.
We must all drive to end gun violence.
Don’t let the NRA divide and conquer.
Our reality is beyond horrific- we must have the courage to change and win the fight to keep everyone safe and free of fear. https://t.co/PVldsKAEV8

Another senseless shooting with lives lost. A Chicago police officer, an EM physician and a pharm tech. Chicago lost 3 people who cared today. How many more tragedies before we have sensible gun laws without @nra holding us hostage. #ThisISOurLane

This hits close to home because I spent time at Mercy hospital during my residency. Time for the medical community to make our voices heard loud and clear. Enough is enough. #thisisourlanehttps://t.co/RjFRyk4VNW

@NRA question from Chicago where 3 people including a doctor, police officer, and a pharmacy tech were killed in a mass shooting today: Were they in their lane? How many more innocent people have to be murdered before you admit there is a problem? #ThisIsOurLane

@NRA her name was Tamara O’Neal. She died right in her lane. #ThisIsOurLanepic.twitter.com/GQw54gM2X6

This is the face of the amazing emergency physician Dr Tamara ONeal, at work today, before she was murdered.

Tonight, hold her, her family, & our colleagues at #MercyHospital#UIC in your hearts.

And tomorrow, pledge to fight for women like her. Because #ThisIsOurLane. #Enoughpic.twitter.com/8xUytYnDrc

This evening, Dr. Tamara O'Neal was shot 6 times, murdered while at the hospital where she worked as an ED physician along with a police officer and 2 others. https://t.co/4vVADYfYZ3
Welcome to our lane, @NRA.#ThisIsOurLane

More from HuffPost US:
Chris Watts sentenced to life in prison for murdering pregnant wife, 2 daughters
3 States Legalize Marijuana For Recreational Or Medical Use
Texas man charged with plotting to kill, rape and eat young girl