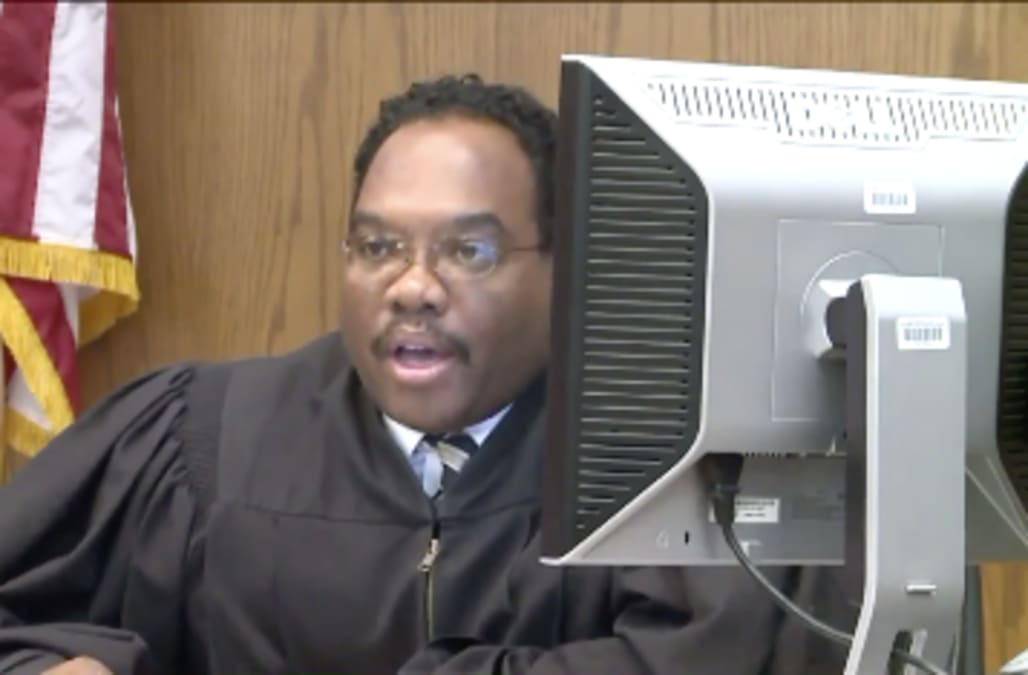 An ex-judge in Ohio previously jailed for beating his wife in 2014 was reportedly arrested on suspicion that he stabbed her to death in her home Saturday morning.

Sources confirmed to multiple localnews outlets that Cuyahoga Common Pleas Judge Lance Mason was arrested in connection with the death of his estranged wife, Aisha Fraser Mason, who was found dead in her home after 9:30 a.m. It’s the same location a suspect fleeing from a domestic dispute struck a police cruiser and injured an Shaker Heights officer.

Both the officer and the suspect were transported to an area hospital and are being treated for their injuries. The neighborhood remained cordoned off with yellow caution tape Saturday afternoon and authorities have asked people to avoid the area.

Mason was previously convicted on domestic violence charges after he punched his wife 20 times and then slammed her head against the dashboard of his car, breaking her orbital bone, in 2014.

The couple’s children were seated in the back seat of the car when the violent attack unfolded. Mason Fraser required reconstructive surgery and filed for divorce not long after the incident.

She also sued her husband and won a $150,000 judgement in the civil case, according to Cleveland.com. Their divorce is still pending.

Mason served nine months in jail and was barred from serving as a judge — but he was hired last year by Cleveland Mayor Frank Jackson as an administrator for minority businesses at City Hall.

Jackson insisted amid backlash that Mason, who has also served on the state legislature, was simply the most qualified applicant for the job.