Melania Trump's hotel charges were $174,000 for a day trip to Toronto: records 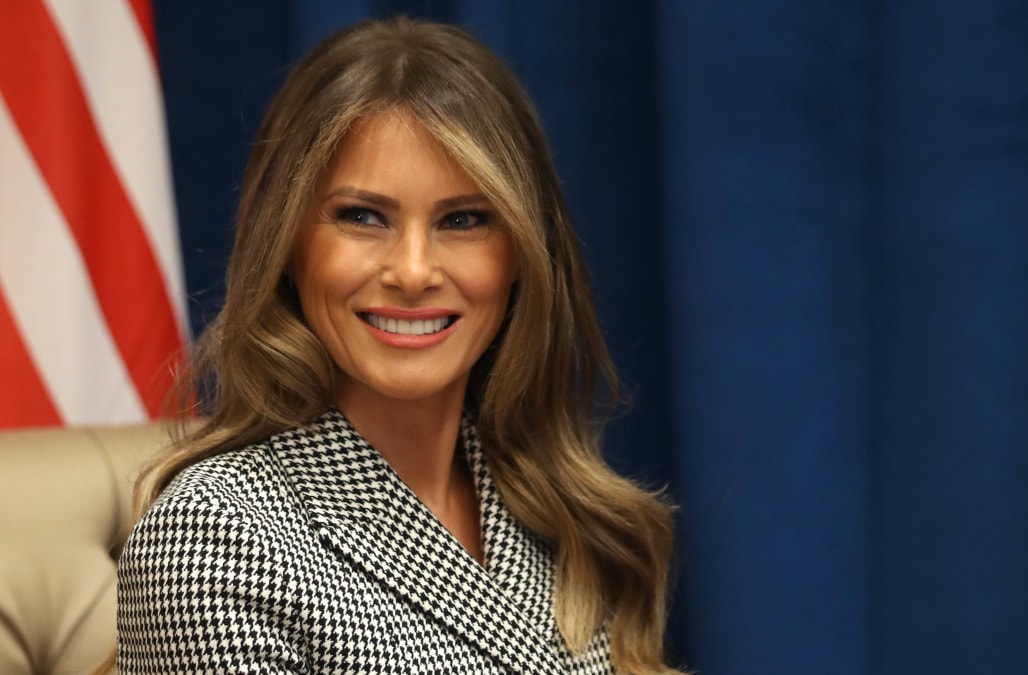 First lady Melania Trump’s hotel bills for a day trip to Toronto last year added up to an astonishing $174,000, according to federal expense documents reported by Quartz. She did not spend the night.

The startling expenditures dwarfed the $95,000 cost of Trump’s stop at the InterContinental Cairo Semiramis, where she stayed for less than half a day at the end of her tour of Africa last month.

Trump’s spokeswoman Stephanie Grisham implied in an email to Quartz that the first lady’s “advance team” was responsible for some of the costs. The team ensures “safety measures, medical care, communications, motorcade needs and logistics are all in place,” she wrote. They’re all “legally required for official travel,” she added.

But federal expense documents reported separate, additional costs for the advance team that added up to $18,000, according to Quartz.

The First Lady was criticized for seeming out of touch by wearing expensive designer heels to visit the site of a natural disaster. The Manolo Blahnik pumps retail for $625 at Neiman Marcus, but are currently sold out.

By the time she disembarked in Texas, she had changed into sneakers.

Trump welcomed the Boys and Girls Club of Washington into the White House Kitchen Garden in a tartan cotton button-down shirt. It's available on Net-A-Porter for $690.

Her outfit garnered comparisons to Michelle Obama's less expensive J. Crew-based gardening outfits that included a $29.50 shirt and a $228 jacket.

Trump wore a pink Gucci pussy bow blouse to the second presidential debate. Many wondered if the style choice was related to audio of Donald Trump remarking that he could "grab" women "by the p---y" because "when you're a star they let you do it" that had leaked a few days earlier. A campaign spokeswoman said that the similarity was not intentional according to a tweet by Sopan Deb, then of CBS News.

For her speech at the 2016 Republican National Convention, Trump wore a white Roksanda "Margot" dress which is advertised as "a beautiful option for the modern bride" with $675 Christian Louboutin heels.

Trump spoke to the United Nations about cyberbullying, but people couldn't stop talking about her $2,950 hot pink Delpozo dress with voluminous sleeves.

Business Insider's Kate Taylor wrote that her choice of dress revealed her lack of public speaking experience since the dress didn't appear oversized from a distance, but was ill-suited for speaking behind a podium.

Both Trump and French first lady Brigitte Macron wore white outfits on the French leaders' visit to Washington. It's not the first time they've dressed alike.

Trump wore a pale yellow coat with a butterfly detail belt to the summit in Helsinki where President Trump met with Russian President Vladimir Putin. The coat, made by Gucci, is on sale for at Farfetch for $3,701.

Trump stepped off of Air Force One in Helsinki, Finland, in an Isuode driving coat with leather details retailing at $3,995.

After the backlash of Trump's "I really don't care, do u?" jacket that she wore on a visit to Texas to visit immigrant children (her spokeswoman said "There's no hidden message"), she opted for a pale yellow pleated chiffon gown from J. Mendel on her and President Trump's first official visit to the UK. The gown is no longer available but was priced at $6,990, according to USA TODAY.

The first lady welcomed The White House Historical Society in a sparkling Monique Lhuillier gown. It is no longer available from Bergdorf Goodman, where it retailed for $7,995.

FLOTUS wore an embroidered Michael Kors jacket and skirt ensemble for a joint session of Congress. The dinner jacket retails for $4,995, the skirt for $4,595.

When some criticized the look as too flashy for the event, Kors released a statement to Vanity Fair: "Mrs. Trump has been a long time client at our New York boutique. She has a keen understanding of what works best for her and her lifestyle. My embroidered black suit reflects the streamlined glamour that she is known for."

Trump wore $575 Bally wide-legged trousers and $595 Manolo Blahnik heels when she moved into the White House in 2017 with son Barron. She also carried a Hermes Birkin bag with an estimated cost of $13,000.

Melania Trump wore a $51,500 Dolce & Gabbana jacket to meet with spouses of world leaders at the G-7 summit in Italy.

Purchasing the floral multicolored jacket requires a $25,750 deposit. The full cost of the jacket is more than most Americans make in a year.

For the night after the inauguration, Trump worked with designer Hervé Pierre to create a custom gown.

"When sitting down with Hervé to discuss her vision, the first lady knew she wanted a modern, light, unique and unexpected look," Stephanie Grisham, the first lady's press secretary and communications director, told CNN.

Such custom creations for inaugural balls are priceless. Trump donated her gown to the Smithsonian's First Ladies Collection exhibit at the National Museum of American History.

SEE ALSO: The cost difference between Melania Trump's and Michelle Obama's outfits reveals the truth about America's criticisms of them

The first lady was in Toronto to help kick off the Invictus Games, which Britain’s Prince Harry started in 2014 for disabled vet athletes.

A pool press report covering the Sept. 23 trip referred to stops that day at the Sheraton, the Ritz Carlton, a return to the Sheraton, and a get-together in the evening with Canadian Prime Minister Justin Trudeau to watch the opening ceremony of the games at the Air Canada Center.

The first lady’s hotel stops included a 20-minute meeting with Prince Harry (at the Sheraton), and a reception later with 100 competing U.S. athletes, also at the Sheraton, where she gave a short speech, according to the pool report.

Trump’s visits began just after noon and she returned just after midnight to Andrews Air Force Base.

President Donald Trump was spending the weekend at his golf club in New Jersey.

Grisham was infuriated by news reports about the bill from Melania Trump’s Cairo visit earlier this month, slamming “irresponsible” journalism after some initial reports said the first lady had spent the night. Grisham noted that Trump had, in fact, only spent some six hours in the hotel.