'How awkward': Donald Trump surveys California fire damage with Gavin Newsom, who was once married to Don Jr.'s girlfriend 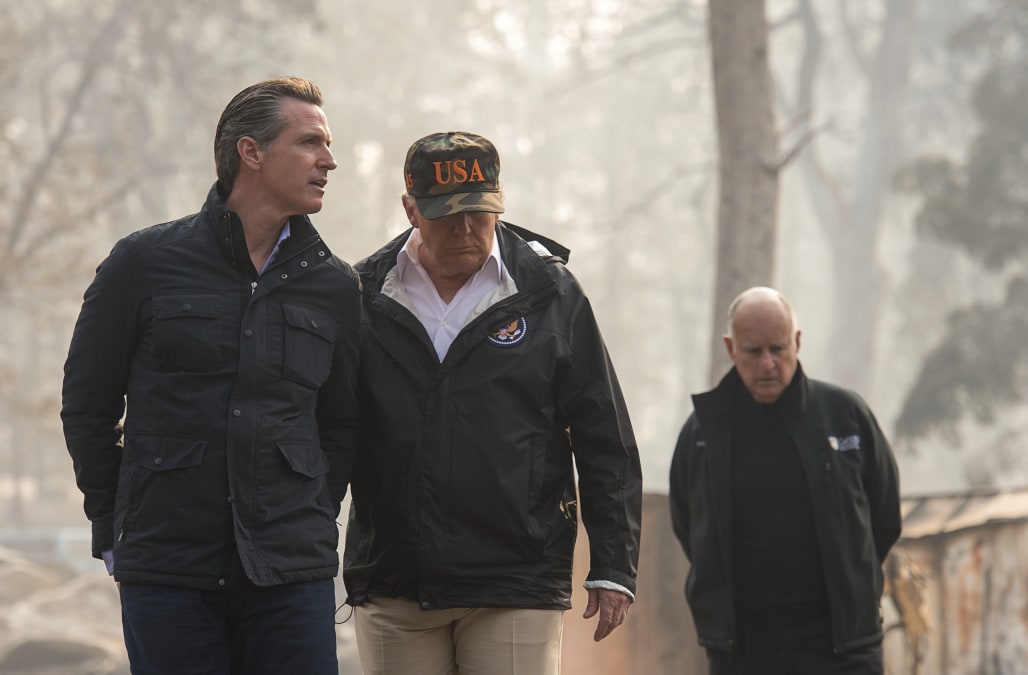 Offensive tweets behind him, Donald Trump made it to California on Saturday to survey the damage caused by the wildfires. He vowed to “take care of the people who have been so badly hurt.”

The president toured the area with the state’s outgoing Governor Jerry Brown as well as Governor-Elect Gavin Newsom, the latter of whom has been trading barbs with Trump all year. But the fact that Newsom has called Trump a “joke and a racist” isn’t what the internet was hung up on during their meeting. Twitter was teeming with comments about how “awkward” it was that Trump and Newsom were together when Trump’s son Don Jr.is currently dating Newsom’s ex-wife, Kimberly Guilfoyle. Yes, the infamous Donberly.

In addition to the “a” word, it was also called “messy” with another person saying Newsom was “almost a Trump family member.” (Gasp!) Here are some of the comments:

What a small world. KIMBERLY GUILFOYLE was once married to NEWSOM. That was her first marriage.
And now she is with the recently separated (from his wife) DON JR.

Yeah - very weird to realize that our Gov-elect, Gavin Newsom, was married to Kimberly Ann Guilfoyle, Donald Trump Jr.'s current girlfriend -- who was also on the midterms campaign trail for the GOP. https://t.co/ubXludTB1y

OMG I just remembered Lt Governor Newsom is the ex-husband of Trump Jr's girlfriend. Trump has a second reason to feel Awkward Newsom actually has a thriving business and is in a position of authority in CA! .Jr. is a reject with fraud investigations against him in New York.

So devastating. Also, must have been a bit awkward between President Trump and Newsom, since Newsom’s ex-wife is very serious with the President’s son.

Don Jr. has been dating Guilfoyle, a former Fox News personality now working for the pro-Trump PAC America First, since earlier this year — soon after he and his wife Vanessa split.