'Very busy': Trump jests about Scalia widow at Medal of Freedom event for having 9 kids 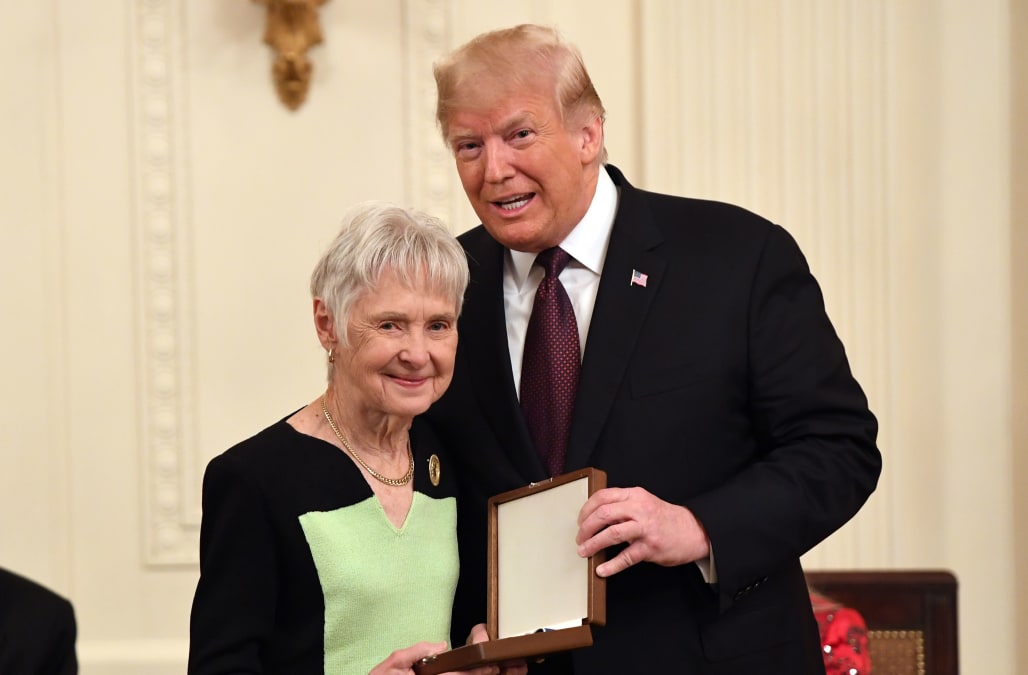 At a Medal of Freedom ceremony at the White House Friday, the commander-in-chief lauded the late Supreme Court justice, a posthumous medal recipient — and his wife, who was in attendance for the ceremony — for their proficiency in procreating.

Trump, in his introduction of Scalia's widow, Maureen, recognized that the couple had nine children together.

"I always knew I liked him," he added.

The Medal of Freedom is the highest national honor a president can bestow on a civilian.

Antonin Scalia, who had been the bench's ideological conservative, died in February 2016 at the age of 79.

More from NBC News:
Clinton rips Kavanaugh's White House swearing-in as a 'political rally'
Kavanaugh: 'I might have been too emotional' during Senate testimony
McConnell denounces Kavanaugh 'feeding frenzy,' doubles down on vote this week