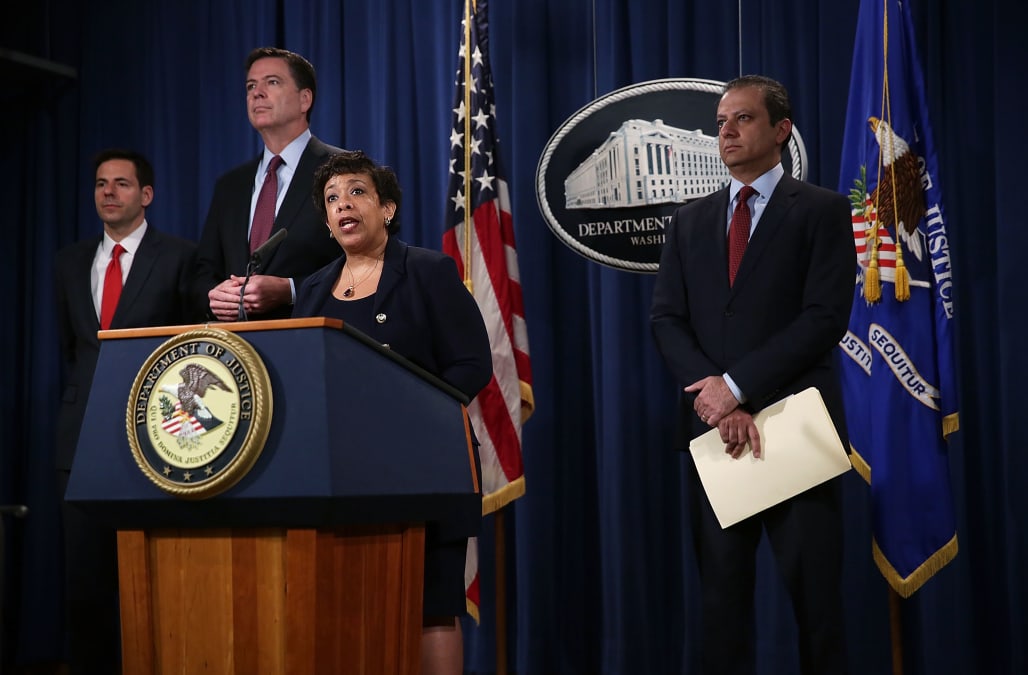 WASHINGTON, Nov 16 (Reuters) - The outgoing chairman of the U.S. House Judiciary Committee is planning to issue subpoenas compelling former FBI Director James Comey and former U.S. Attorney General Loretta Lynch to be deposed about their decision-making ahead of the 2016 U.S. presidential election, a House Democratic aide told Reuters on Friday.

The plans by Republican Chairman Bob Goodlatte were immediately criticized by ranking Democrat Jerrold Nadler, who is expected to take over as chairman of the panel next year.

"These subpoenas are coming out of the blue, with very little time left on the calendar," Nadler said in a statement, adding that Comey and Lynch had indicated "months ago" they would be willing to answer questions voluntarily.

The House of Representatives aide told Reuters that Goodlatte is planning to call Comey in for closed-door questioning on Nov. 29 and Lynch on Dec. 5. President Donald Trump, a Republican, fired Comey in May 2017. Lynch left office when Democratic President Barack Obama's term ended in January 2017.

A spokeswoman for Goodlatte did not immediately respond to a request for comment.

Goodlatte and House Oversight Chairman Trey Gowdy have been running a joint probe into whether the FBI botched investigations leading up to the 2016 vote.

They are looking into the FBI’s handling of Russia’s role in U.S. politics and Hillary Clinton’s emails when she was secretary of state.

It has been criticized by Democrats, who say Republicans are merely trying to undermine Special Counsel Robert Mueller's investigation into Russian election meddling and whether Trump's campaign coordinated with Moscow officials.

Trump has repeatedly denied colluding and called Mueller's inquiry a "witch hunt." The Kremlin denies interfering in the election, which Trump won in a stunning upset against Democratic candidate Clinton.

David Kelley, a lawyer for Comey, said he expected Comey to be served the subpoena Friday night or Saturday. Kelley said he told the committee in an Oct. 1 letter that his client would testify but only in a public hearing.

"House Republicans can ask me anything they want but I want the American people to watch, so let's have a public hearing. Truth is best served by transparency. Let me know when is convenient," Comey said on Twitter.

Comey is seen as an important witness into whether Trump tried to obstruct the special counsel's investigation.

Comey has also been criticized by the Justice Department’s inspector general for announcing the FBI’s decision not to propose criminal charges against Clinton over her use of a private email server while heading up the U.S. State Department.

Republicans have said Comey’s handling of the Clinton matter shows he is biased against Trump. The inspector general found that while he acted improperly, he did not exhibit bias.

Republicans have limited time to wrap up the probe before Democrats take over leadership next year after winning back the House in the Nov. 6 congressional elections.

Once that happens, Nadler has said he plans to investigate whether Trump has improperly meddled in Justice Department affairs and ensure Mueller's probe is protected. (Reporting by Sarah N. Lynch; editing by Dan Grebler and Grant McCool)