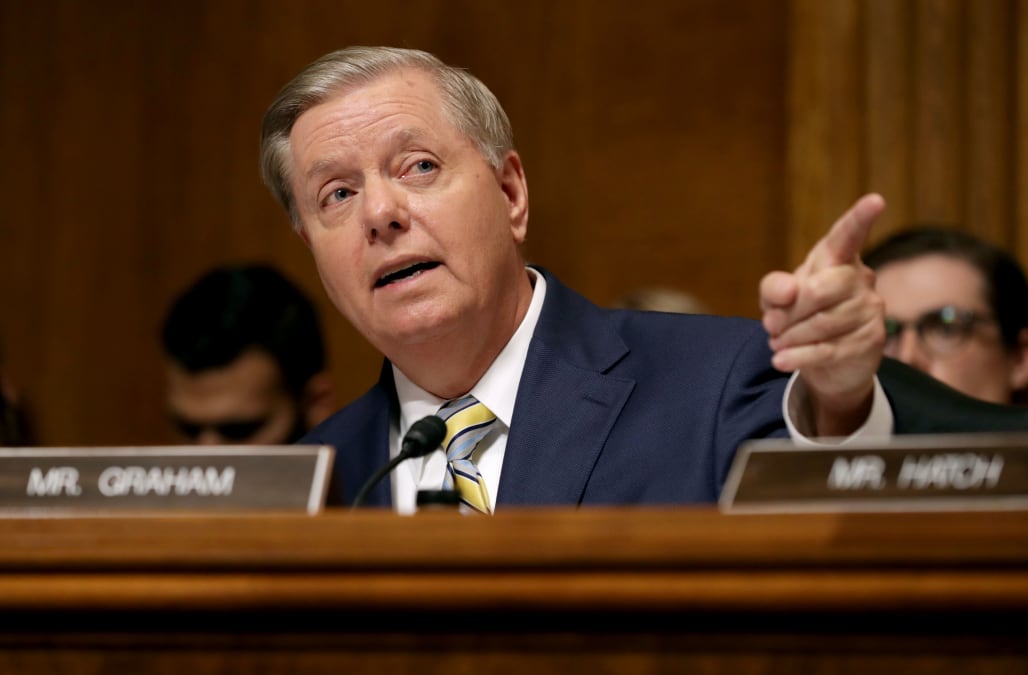 WASHINGTON — Sen. Chuck Grassley announced on Friday his intent to leave his post as the top Republican on the Senate Judiciary Committee at the end of the year to chair the Committee on Finance.

Grassley's decision opens up the opportunity for South Carolina Sen. Lindsey Graham, the next most senior Republican on the Judiciary Committee, to take the gavel at a time when judicial nominations are a central focus on the Trump administration.

"The economy is better than it’s been in years and there’s a sense of optimism about the future of our country that people haven’t felt in a long time thanks to the pro-growth policies of a Republican President and a Republican majority in Congress," Grassley said in a statement. "Looking ahead, at the Finance Committee, I want to continue to work to make sure that as many Americans as possible get to experience this good economy for themselves."

Read more: Lindsey Graham has transformed from a 'RINO' to an icon of the right

Chairman Sen. Chuck Grassley (R-IA) speaks during a meeting of the Senate Judiciary Committee to discuss the nomination of Judge Neil Gorsuch to the Supreme Court on Capitol Hill in Washington, D.C., U.S., April 3, 2017.

Chuck Grassley (R-IA), Ted Cruz (R-TX), and Pat Roberts (R-KS) attend President Donald Trump address to a joint session of the U.S. Congress on February 28, 2017 in the House chamber of the U.S. Capitol in Washington, DC. Trump's first address to Congress focused on national security, tax and regulatory reform, the economy, and healthcare.

(Photo by Rachel Mummey for The Washington Post via Getty Images)

The top spot on the Finance Committee is being vacated by retiring Sen. Orrin Hatch of Utah.

"The Finance Committee will be in good hands with Senator Grassley at the helm," Hatch said in a statement. "Chuck has a proven history of leadership at the committee and knows the ins and outs of its sprawling jurisdiction. I am confident Chairman Grassley will carry out a robust agenda that will build on tax reform’s recent success and continue to make progress in the health care, trade and oversight spaces."

Grassley, who will also be replacing Hatch as the President Pro Tempore of the Senate, has now left an opening on the Judiciary Committee for Graham to fill.

Graham made a name for himself as the impeachment manager during the Bill Clinton administration, but in recent months has skyrocketed in popularity with Republicans and developed a close personal bond with President Donald Trump.

Graham taking over the Judiciary gavel is notable because of how he conducted himself during the confirmation hearings for Supreme Court Justice Brett Kavanaugh. An outside counsel had been hired to probe then-nominee Kavanaugh on behalf of Republicans, until Graham took over during his turn for questioning to excoriate Democrats on the committee.

Graham vowed revenge on Democrats he says treated Kavanaugh unfairly, and broke a long personal policy of his to not campaign against his colleagues.

After the election, Graham called the Republican Senate gains "Kavanaugh's Revenge" and credited Republican voters who were outraged with the process.

"Virtually all Senate Democrats running in Trump states who voted against Brett Kavanaugh were defeated," he said in the statement after Election Day. "Their constituents held them responsible for being part of a despicable smear campaign orchestrated by the left. These Democrats showed more allegiance to the left than to their constituents who support qualified, conservative judges like Brett Kavanaugh."

Becoming Judiciary Committee chairman could bring Graham even further into the spotlight as he shepherds through Trump's judicial nominees.

NOW WATCH: Trump once won a lawsuit against the NFL — but the result was an embarrassment

SEE ALSO: Nancy Pelosi's bid for House Speaker is in a lot more trouble than she's letting on

More from Business Insider:
6 siblings of an Arizona Republican congressman endorsed his Democratic opponent in a scathing campaign ad
Congressman shuts down far-right protester during Twitter CEO Jack Dorsey's testimony by speaking like an auctioneer