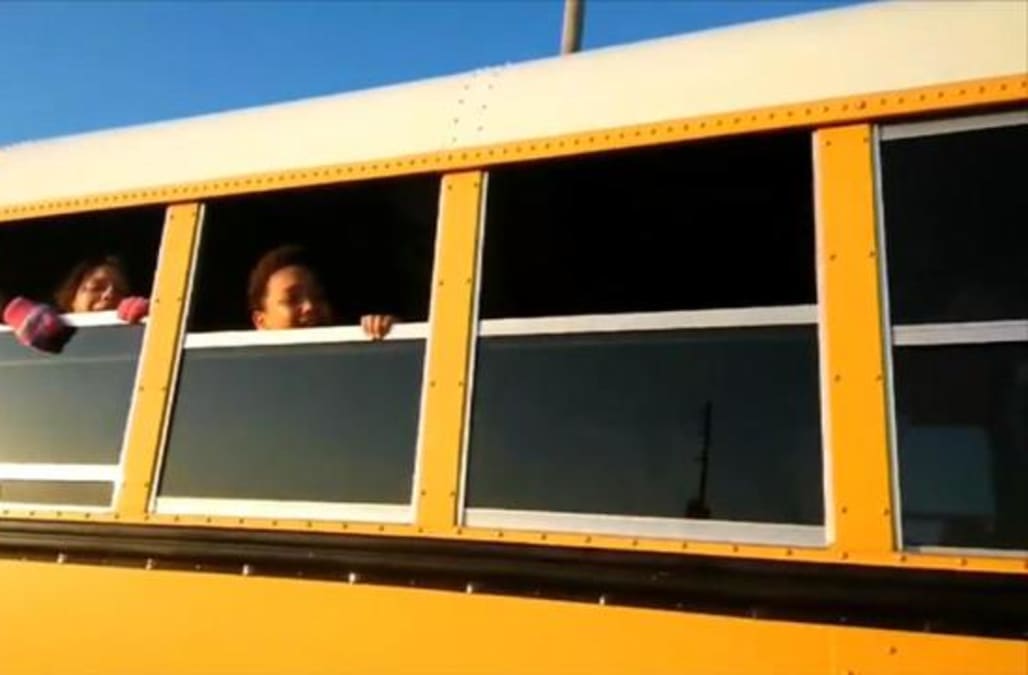 Kansas parents are outraged after they said a school bus driver refused to let their kids off or take them home because they were being too noisy.

A video captured the elementary school students crying, screaming, “I want my mommy” and reaching out the window to the parents below after the school bus driver allegedly told the kids they would be spending the night in a strip club parking lot for being too noisy.

“We understand she had to pull over because the bus was loud – that’s fine,” Eileen Hernandez, whose 5-year-old son was on the bus, told Inside Edition. “For her to say, ‘I’m not taking you home, you’re staying here the whole night,’ is horrible. It’s absolutely horrible.”

She explained that her husband called her 20 minutes after their son was supposed to get dropped off saying they had not arrived yet and the bus was nowhere to be seen. When she called the school, they reportedly said a substitute was driving the bus that day and she was most likely lost.

Concerned about her son, Eileen then drove around the neighborhood until she said found the school bus pulled over.

“She yelled at the children, who were already scared," Eileen said. "She’s a [substitute,] they didn’t know her, that’s not their everyday bus driver. She could have handled everything different.”

Mom Leslie Zapata said she found out about the incident on the bus when her 8-year-old daughter called her crying.

“She called me and was crying, hysterical on the phone saying the bus driver was parked on the side of the road and wasn’t going to take her home,” Zapata told InsideEdition.com.

She, too, drove around the neighborhood looking for the bus, and when she finally tracked it down in the parking lot, “the bus driver, she wouldn’t talk to me. She kept pointing at the kids.”

Zapata said, in her desperation, she pulled her daughter out through the window.

A spokesperson for Wichita Public Schools said the bus driver followed school policy, which instructs drivers to pull over if the students are out of control and posing a safety threat.

However, Zapata’s daughter refuses to ride the bus again.