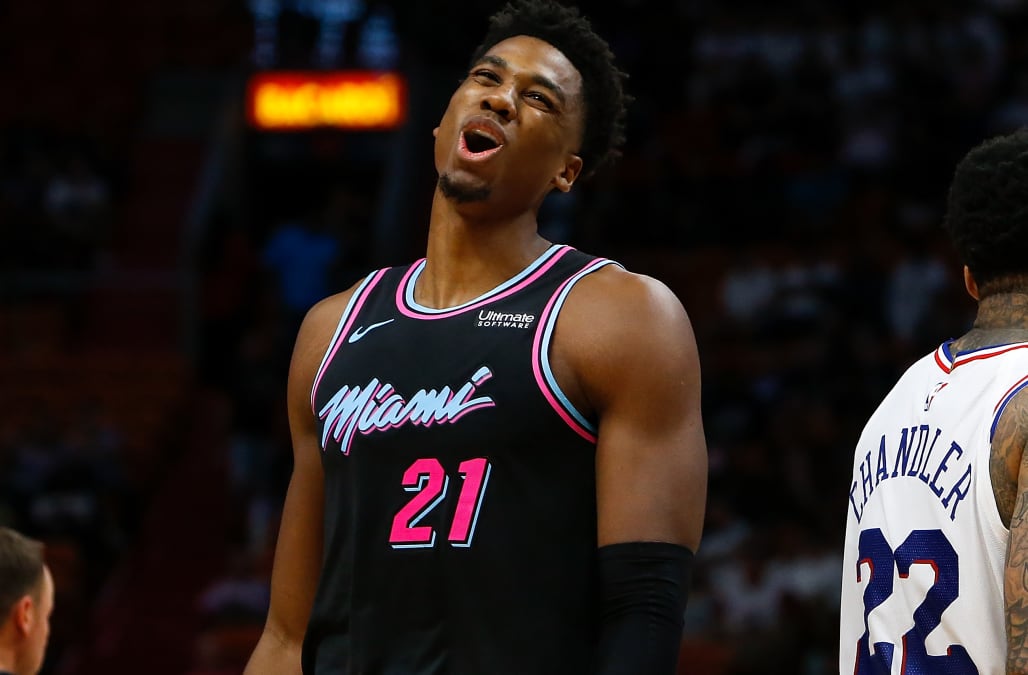 When it comes to the winding journey of life, it’s important to remember some basic rules along the way. One of them might be, say, “Lock your doors if you’re going to leave a $50,000 assault rifle in a Rolls Royce.”

While you’d think that nugget of wisdom would come naturally for most, it was apparently a lesson learned for Miami Heat center Hassan Whiteside over the summer.

The 29-year-old Whiteside reportedly purchased an M16 assault rifle with ammunition, a silencer and a rifle bag for the low, low price of $50,000 on July 6 this offseason, according to 640 AM radio host Andy Slater.

Per the report, Whiteside’s next move was to drive to the University of Miami for a workout. When he returned home the next day, he discovered the weapon was missing. After an investigation by police, it was determined that the gun was stolen when Whiteside left it in his unlocked Rolls Royce at the gun store.

The rifle was reportedly discovered weeks later in a stolen car in North Miami.

See photos from Whiteside's career with the Heat:

Whiteside later confirmed the gun had been stolen and recovered over the summer in a statement released through the Heat on Thursday, according to the Miami Herald:

“I have a license for the gun that was stolen from me over the summer,” Whiteside said in a statement issued through the team. “I should have secured it better and I’m glad it was recovered. It won’t happen again. It is now locked in a safe and I only use it at the gun range.”

Hopefully, Whiteside will be locking his car doors as well.