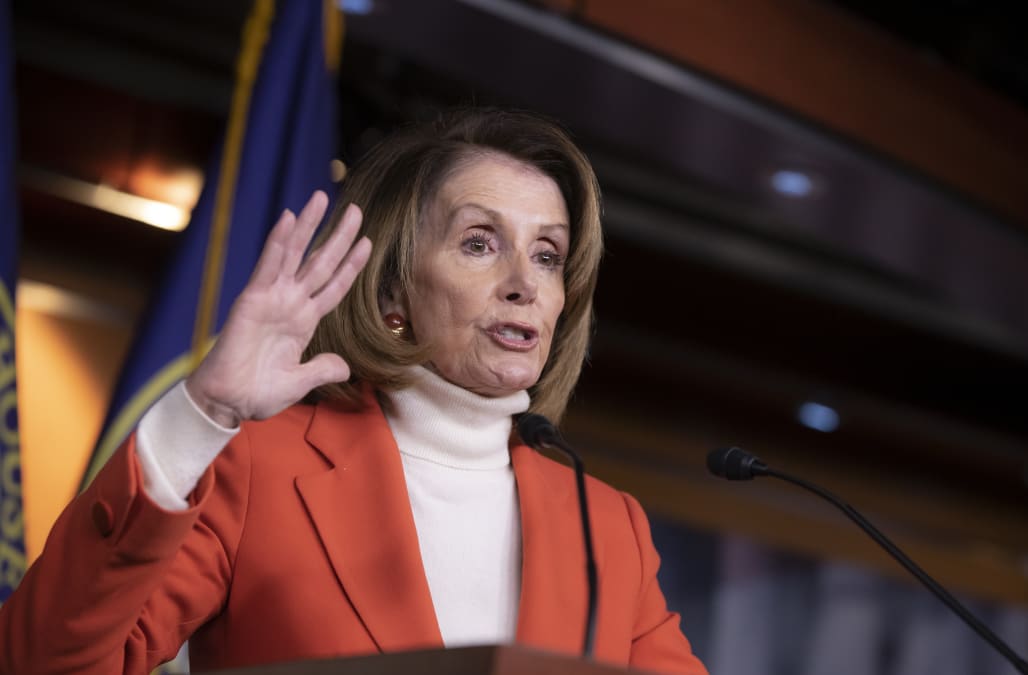 WASHINGTON ― Rep. Marcia Fudge (D-Ohio) is all but announcing her intention to run for House speaker against Nancy Pelosi, testing the waters Thursday by slamming Pelosi and putting race at the forefront of her campaign.

While she stopped short of officially throwing her hat in the ring during a sit-down interview with HuffPost, Fudge said she’s been “overwhelmed” by the number of people reaching out to support her potential speaker bid. She thinks the the opposition to Pelosi in the caucus is much greater than the 17 Democrats who have signed a letter saying they won’t support Pelosi to be speaker, and Fudge said if the vote were held today, Pelosi would be well short of the numbers.

“I don’t hate Nancy. I think Nancy has been a very good leader,” Fudge told HuffPost. “I just think it’s time for a new one.”

But you could be forgiven for thinking Fudge hates Pelosi. During the course of our interview, the former Congressional Black Caucus chairwoman made it clear she thinks Pelosi has not been a vocal enough advocate for African Americans in Congress, she dismissed suggestions that Pelosi had led Democrats back to the majority, and she painted herself as equally liberal as Pelosi.

“I don’t have a pitch because at this point I’ve not decided I’m going to run,” Fudge said, “but I would say this: My concern about the caucus is the same concern I have about the country. Just as there is this undertone of racism in the country, there’s also that in our caucus.”

Fudge pointed to Pelosi’s refusal to endorse in the race for Majority Whip, a race between current No. 3 Democrat ― and CBC stalwart ― Jim Clyburn (D-S.C.), and Dianna DeGette (D-Colo.).

“But she wants our endorsements?” Fudge said of Pelosi. “Who has she endorsed?”

Fudge pushed back on suggestions that she may just be a stalking horse candidate for Clyburn or another CBC member to mount a speaker bid ― someone like Clyburn, current CBC Chairman Cedric Richmond (D-La.), or Hakeem Jeffries (D-N.Y.). She said anyone who thinks that doesn’t know her very well, and she shot down a suggestion that her toying with a speaker run could also be about combatting a narrative that it is a bunch of misogynist white men who are trying to dethrone Pelosi ― or that the Pelosi opposition is coming exclusively from moderates.

Instead, Fudge said this was about a fresh start in Congress, making sure that Democratic leadership reflects the voters who gave Democrats the majority ― specifically, African American women. (Fudge pointed out that while women have gotten a lot of credit for ushering in the Democratic majority, white women are still broadly supporting Republicans. Specifically, she mentioned that Stacy Abrams lost white women by 76 percent in her bid to be governor of Georgia, and were it not for African American women in Alabama, Roy Moore would be Senator.)

“And so I’m saying, what is wrong with acknowledging the fact that the Democratic Party is becoming more young, more black, and more brown? And letting that be reflected in our leadership,” she said.

Fudge also suggested Pelosi was just unpopular with Democrats. She pointed to polling suggesting that Pelosi has a 17 percent favorability rating, and that more Democrats oppose Pelosi being speaker than those who support her.

Fudge offered that one of the reasons people don’t like Pelosi is because “they see her as an elitist.”

“And I think to some degree she is,” Fudge continued. “She’s a very wealthy person, she raises a lot of money from a lot of other wealthy people.”

“Everybody wants to give her such big credit for winning back the House, and she should be here because she won. She didn’t win it by herself,” Fudge said.

“If we’re going to give her credit for the wins, why is she not responsible for all the losses,” Fudge asked, specifically pointing to the 63 seats Democrats lost in 2010 and the large majorities Republicans held in 2012, 2014, and 2016.

Fudge has taken her own licks from Pelosi’s allies over the last 24 hours. When she first raised the possibility of running for speaker in an interview with Cleveland.com, it was quickly pointed out that Fudge is one of two House Democrats who has refused to cosponsor the Equality Act, which would extend civil rights protections to sexual orientation and gender identity.

Fudge said her issue has nothing to do with opposition to those issues, but is due to lawmakers opening up the Civil Rights Act to extend those protections. “If it were a standalone, I’d vote for it today,” she said, daring people to find one vote where she has stood against the LGBTQ community.

Fudge also said she has always supported marriage equality, and she dared anyone to find a vote where she stood against the gay community.

“The president of the United States is a racist, in my opinion. If we open up the Civil Rights Act, it’s like opening up Pandora’s Box,” Fudge said.

Fudge also said she would be more bottom-up in her procedural approach than Pelosi. “Just think about what happened,” Fudge said. “One day after we win back the House, leadership comes out and starts talking about what’s going to be our first bill, what we’re going to do first. Did they talk to anybody?”

She offered that the top priority of Democrats might be protections for people with pre-existing conditions, it might be student debt, or infrastructure, or job creation. “But nobody, none of the doors I knocked on, none of the people’s hands I shook, said, ’You should make campaign finance reform your No. 1 issue,” she said.

Fudge ― who is a former lawyer, judge, mayor, and chief of staff in Congress ― also thinks she could be just as capable of a leader as Pelosi. “There are a lot of people here who are more than capable, who had lives outside of this institution, who have proven their skills and their capabilities. I’m not the only one.”

Asked about working with President Donald Trump, who she repeatedly called racist during our interview, Fudge said she didn’t think she would have a problem working with him.

“Mind you, I’ve been the mayor of a city. I’ve sat across from a lot of people that I have to work with,” she said.