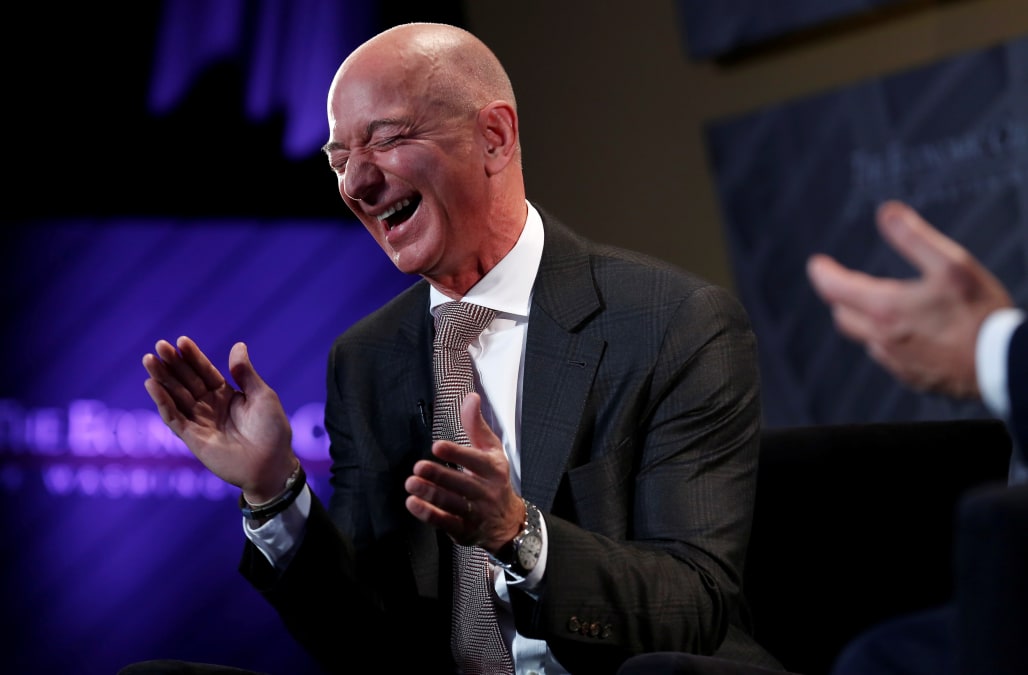 Helipads, services for pets, public transportation perks and even naming rights were among the many fringe benefits that U.S. cities offered up to Amazon in pursuit of its new headquarters.

Amazon announced on Wednesday that New York City and an area of Northern Virginia just outside Washington would split "HQ2," ending a more than two-year process in which the company received 238 proposals from cities across North America.

The winning proposals contained plenty of sweeteners, including plans in each for the construction of private helipads. The winning bid from the Virginia Economic Development Project also offered to alert Amazon anytime a public records request was filed in relation to the company's agreement with the VEDP "to allow the company to seek a protective order or other appropriate remedy," and "limit disclosure, refuse to disclose, and redact and/or omit portions of materials to the maximum extent permitted by the applicable law."

In addition to the smaller incentives, Amazon is expected to reap more than $2 billion in tax incentives between the two projections.

Outside of tax breaks, cities on the losing end included a wide variety of freebies and hooks in their bids, as The Huffington Post pointed out.

Some of the other perks offered: an exclusive Amazon lounge at Hartsfield-Jackson, street-renaming (Alexa Way was suggested) and an “Amazon-dedicated car” on MARTA #gapolpic.twitter.com/N4H03Qog56

Dallas and Atlanta offered some of the most notable perks, particularly with regards to making transportation easier for Amazon employees.

The city of Atlanta's proposal offered Amazon executives 50 free parking spots and an "exclusive lounge" at Hartsfield-Jackson International Airport, the busiest airport in the U.S. Dallas proposed a $25 million dollar "build-to-suit corporate hanger for Amazon" at Dallas Executive Airport, along with access to Hensley Field, a former U.S. Navy aviation base, for Amazon to test "research innovations."

Atlanta also offered an Amazon-dedicated train on its rail system "to distribute products," and Dallas included $1.5 million dollars "toward shuttles, pedicabs, courtesy carts, or other quick transit solutions for HQ2 employees" in Dallas and a promise to "work with you on longer term transit options."

Other cities offered a chance for Amazon to have a say in how its tax dollars would be spent. The mayor of the city of Fresno, Lee Brand, proposed an "Amazon Community Fund" to be "jointly controlled and administered by a committee of City leaders and Amazon executives."

Not all cities offered up strange and exotic perks. Reviews of bids from Toronto and Denver did not turn up much aside from the usual tax and community business incentives.

Some perks were focused on making life a little better for Amazon employees. Dallas promised "a free one-year membership to each of the following City amenities: Dallas Zoo, Dallas Children's Aquarium, Dallas Arboretum, Texas Discovery Gardens, and the Trinity River Audubon Center" for each employee hired by Amazon from 2019-2021. The Dallas Animal Services adoption center pledged to waive pet adoption fees and offer free microchipping service until 2022 to all "Amazon pets."

Bid sweeteners also aimed to give Amazon employees an advantageous position in the community. Boston's bid proposed a connection to the city's "Buy in Boston Program," which would have offered 0 percent interest rates to eligible Amazon employees interested in purchasing homes, as well as a "best-in-class discount program" for Amazon employees' flying JetBlue for corporate travel.

And some bidders were willing to change their own city's name to appeal to the needs of the tech giant. Stonecrest, a town in Georgia, pledged the city would rename itself as "Amazon City" if the tech giant chose it as the location for the new headquarters. In a less obvious approach, the winning bid in Virginia included the new name of "National Landing" for the development area, which came as a surprise to area residents.

None of them, however, quite compared to Gov. Andrew Cuomo of New York, who joked that he may change his own name.

"I'll change my name to Amazon Cuomo if that's what it takes" Cuomo said last Monday. "Because it would be a great economic boost."