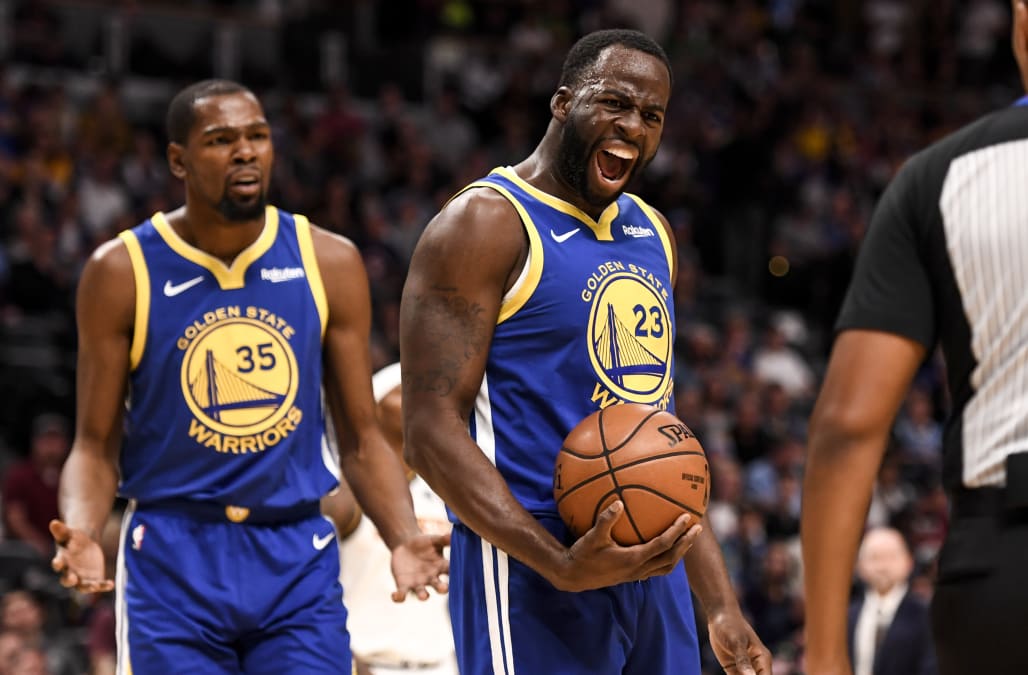 After walking and talking side by side with Kevin Durant entering Thursday’s shootaround, Draymond Green addressed the on-court argument that spilled onto the bench and into the locker room two nights earlier, ultimately resulting in a one-game suspension for conduct detrimental to the team.

Green was unapologetic and defiant in a statement that lasted more than two minutes.

Green declared, “I’m never going to change.” He vowed that his dispute with Durant will not impact the team’s success, and he issued his support to anybody who might leave the organization in the future.

That’s quite the statement from the emotional leader of a team trying to win its third straight NBA championship. You hate to read too much into Green’s statement some eight months before Durant enters free agency and nearly two years before he and Thompson become free agents, but it sure sounded as if the three-time All-Star was coming to terms with this being the beginning of the end.

Things can change, obviously, as it took less than 24 hours for this to reach DEFCON alert status. Green did say that he had spoken to Durant and the two are “moving forward.” He took some ownership of his actions, suggesting his emotions got the best of him and didn’t work in his favor. If he and Durant are going to patch their relationship, that’s a good place to start. However, by immediately following those sentiments with a vow never to change, it seems only a matter of time before they clash again.

Green repeatedly called Durant “a bitch,” per our own Chris Haynes, and accused his teammate of using his impending free agency to make this season — one in which the Warriors are trying to become the first team since Kobe Bryant and Shaquille O’Neal’s Los Angeles Lakers to three-peat — all about himself. (For what it’s worth, Warriors teammate Andre Iguodala compared Shaq and Kobe’s feud to the one between Durant and Green, telling reporters, “Shaq and Kobe ain’t like each other.”)

Durant left Monday night’s game without speaking to the media, and when facing reporters on Tuesday night, he offered only terse responses about the dust-up, discarding a question about his friendship with Green by saying, “I don’t really think that even matters at this point right now.”

That was followed by Durant’s brother posting and deleting this statement:

There are deeper-seated issues than the argument over who should have taken possession on the final play of regulation in a mid-November game against the Los Angeles Clippers, and they won’t be resolved by one civil conversation on the way into shootaround. Whether or not Green’s statement to the media was the first step toward patching their fractured relationship remains to be seen.

As for his relationship with management after the team made a public showing of his suspension, a punishment that reportedly took Green by surprise, he refused to take questions on that subject.

Ben Rohrbach is a staff writer for Yahoo Sports. Have a tip? Email him at rohrbach_ben@yahoo.com or follow him on Twitter!