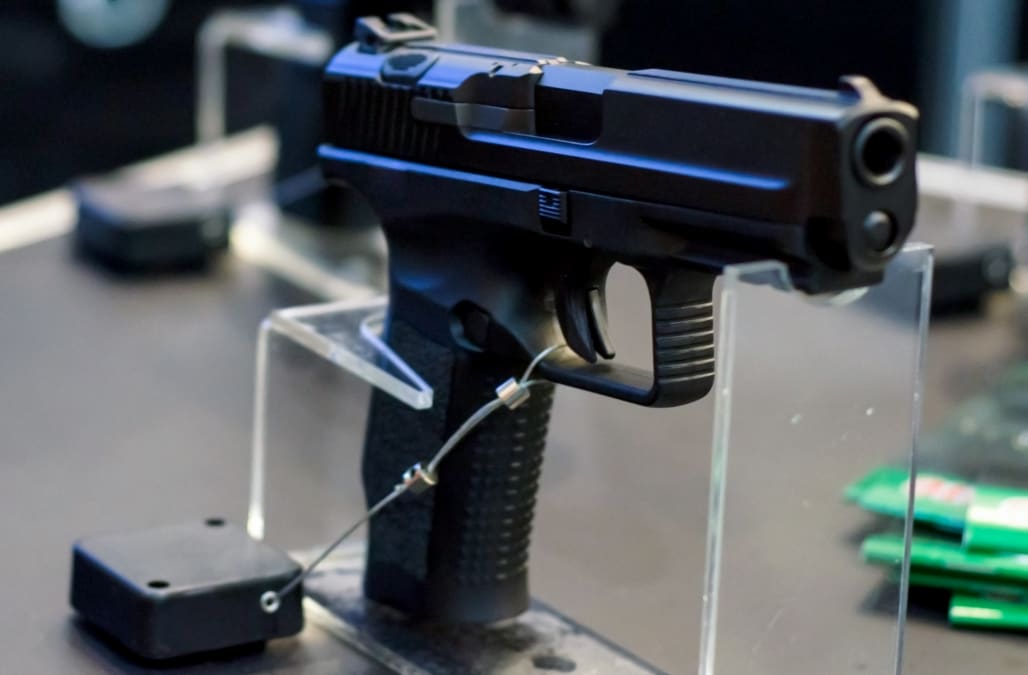 A Wisconsin family-owned company decided to forgo traditional cash bonuses this holiday season and, instead, opted to reward their employees' good performance with firearms.

Ben Wolfgram, a co-owner of BenShot LLC, a glass manufacturer known for using bullets in their designs, told WISN his company gave each of its employees a gift card with which to purchase a gun rather than hand them the weapon. In doing so, Wolfgram says he made sure the unconventional gift complied with state law.

"That way the background check was done by the store," Wolfgram told the outlet on Tuesday. "We are a small, close-knit team at BenShot. I want to make sure all of our employees are safe and happy – a handgun was the perfect gift."

The company had each of its workers take a gun safety class before they were able to claim the weapon, according to the Appleton Post Crescent. While Wolfgram says that two employees initially declined the gift, they apparently changed their minds after completing the course.

The gift cards for the company's 16 full-time employees cost about $8,000, according to WISN — a price Wolfgram says was entirely worth it.

"For us, now, we have an entire armed staff," he said. "I think that’s pretty good."

More from Aol.com:
Death of black security guard brings call for investigation
Monica Lewinsky: Bill Clinton's refusal to apologize is proof of 'what power looks like'
Wisconsin student speaks out on Nazi salute prom photo: 'It was a scary moment'