Republican who lost US House race seeks to impound ballots 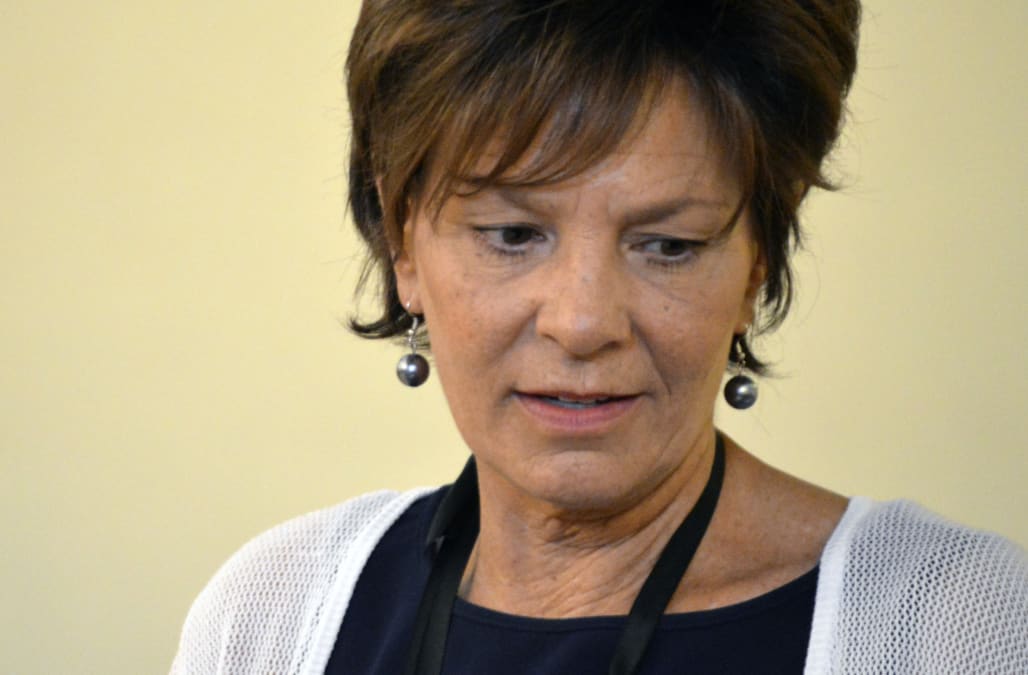 ALBUQUERQUE, N.M. (AP) — A New Mexico Republican who lost her bid for a U.S. House seat is seeking to impound absentee ballots in a key county that decided the race for the Democrat, according to court documents filed late Tuesday.

In court documents filed in the 3rd Judicial District Court in southern New Mexico, Yvette Herrell asked a Dona Ana County judge to impound the absentee ballots so her campaign could inspect them.

Herrell's lawyers cited "chain-of-custody issues and other improprieties" but didn't give details of allegations of irregularities. In addition, the court documents claim Herrell was declared the winner of New Mexico open 2nd congressional district by some New Mexico media outlets on election night.

Some media outlets reported that Herrell was projected to win the race but rescinded that projection after Democrat Xochitl Torres Small began to close the gap and took the lead thanks to outstanding absentee ballots in Dona Ana County — a traditional Democratic stronghold.

Herrell, 54, had declared victory on election night with early returns showing her in the lead and despite the high number of outstanding ballots in Dona Ana County.

The Associated Press called the race for Torres Small after the absentee ballots tallied Wednesday put her over the top.

The Dona Ana County Canvassing Board voted unanimously to certify the results Tuesday between Torres Small and Herrell following the last counting of provisional ballots.

She didn't provide evidence. Her campaign has not returned repeated voicemails, text messages and emails from The AP.

"Everybody goes to bed on Tuesday night thinking that I've been declared the winner, and then suddenly on Wednesday morning they start hearing that there were 8,000 ballots that came up out of nowhere," Herrell said on Fox News.

Alex Curtas, a spokesman for the New Mexico secretary of state's office, said the department had not received any complaints about any irregularities.

"Dona Ana County voters can have every confidence that their votes were counted properly and in accordance with the law and any suggestion that absentee ballots were somehow 'magically found' on election night is simply false," the secretary of state's office said in a statement in response to Herrell's Fox News appearance.

Republican Party of New Mexico chairman Ryan Cangiolosi said that the party would work with the Herrell campaign to evaluate "concerning reports" from voters.

The AP did not call the race for New Mexico's 2nd Congressional District late Tuesday because the secretary of state's website showed outstanding votes in Dona Ana County.

The Dona Ana County clerk early Wednesday said there were around 8,000 absentee ballots that had yet to be counted. Those ballots were eventually counted Wednesday evening.

"Xochitl was honored to receive a resounding majority of the votes cast, and she looks forward to working with all southern New Mexicans to help improve our health care system, fix our broken immigration system and grow our local economies," said Brian Sowyrda, Xochitl's campaign manager.

Herrell is a member of the Cherokee Nation and would have been one of the first Native American women elected to the House. Herrell ran as a staunch backer of President Donald Trump, his support for a border wall and refused to take part in any television debates with Torres Small.

However, Herrell also didn't campaign heavily in Hispanic neighborhoods and instead focused on pushing social issues to get her conservative base. She touted endorsements from former House Speaker Newt Gingrich and other conservatives.

Torres Small, 33, ran as a moderate Democrat who promised to help the district's lucrative oil and gas industry and push for immigration reform while protecting the district's "rural values." She highlighted endorsements from some Republicans.

Democrats have long targeted the heavily Hispanic congressional district that sits along the U.S.-Mexico border, where registered Democrats outnumber Republicans.