Report: 'No way' Durant remains in Golden State after this season 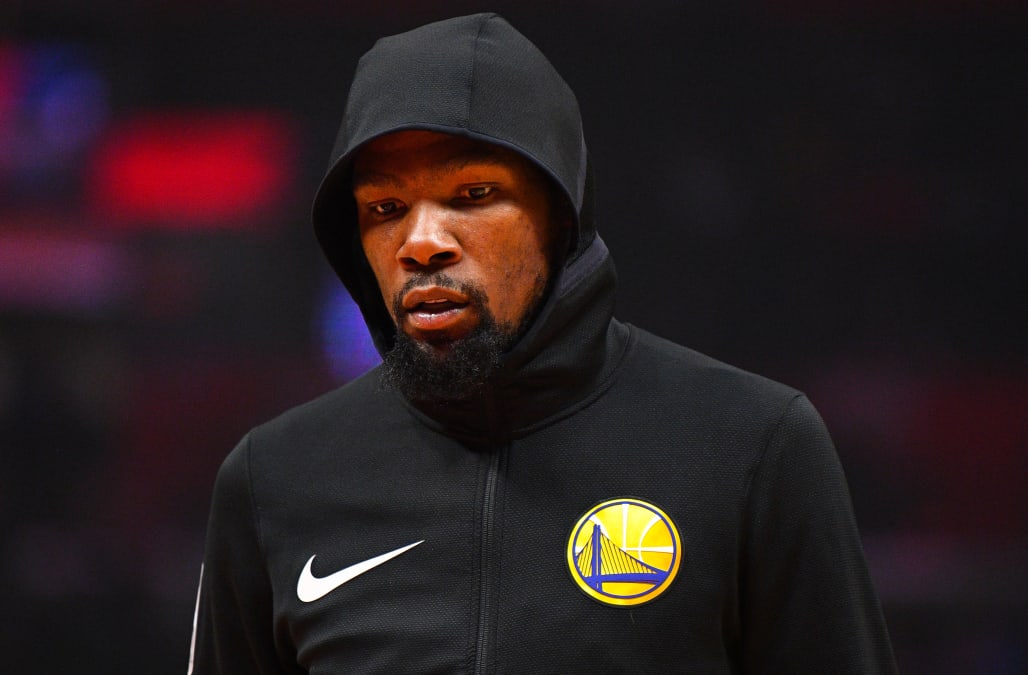 Draymond Green received a one-game suspension and Kevin Durant had little to say to the media. But in the wake of the sideline dust-up between the two Golden State Warriors stars, multiple reports have surfaced alleging that Durant's impending free agency had something to do with the exchange, and that the exchange may have cost the club a shot at holding onto Durant.

The incident occurred Monday night, after Green failed to get Durant the ball on the final play of regulation against the Clippers. The Warriors did not score and Los Angeles won 121-116 in overtime.

Some teammates reportedly confronted Green in the locker room for his decision-making on the play, and the following day Green received a one-game suspension without pay from the team for "conduct detrimental to the team." He served the suspension Tuesday night at home against Atlanta, forfeiting $120,000 in the process.

Tuesday night, The Athletic's Marcus Thompson II reported that some people in the organization believe the exchange could cost the team the shot at retaining Durant after this season.

"With what was said, there is already no way Durant is coming back," one Golden State player reportedly told Thompson. "The only hope is that they can say this summer, 'See, KD. We've got your back. We protected you from Draymond.'"

Following the final play in regulation Monday, when Green grabbed a rebound and dribbled up the court before fumbling the ball in traffic at the top of the key, an upset Durant and Green exchanged heated words on the sideline.

"We just felt like this rose to the level of acting the way that we did," Warriors general manager Bob Myers told reporters in comments published by ESPN. "That's a decision that we have to make. I'm certainly involved in it, so is Steve (Kerr). ... This was something that required the action that we decided upon."

Speaking with the media Tuesday, Durant would not divulge what was said:

"I'm going to keep that in house. That's what we do here. Obviously, I know you guys got a job to do but I'm not trying to get nobody no headlines. What happened, happened. We're trying to move on, just trying to play basketball."

More from Aol.com:
Draymond Green roasted for getting suspended after confrontation with Kevin Durant
One year after a strange saga where he was unable to shoot, Markelle Fultz looks like he's regressing again
Jimmy Butler doesn't think he was 'that big of a problem' in Timberwolves locker room