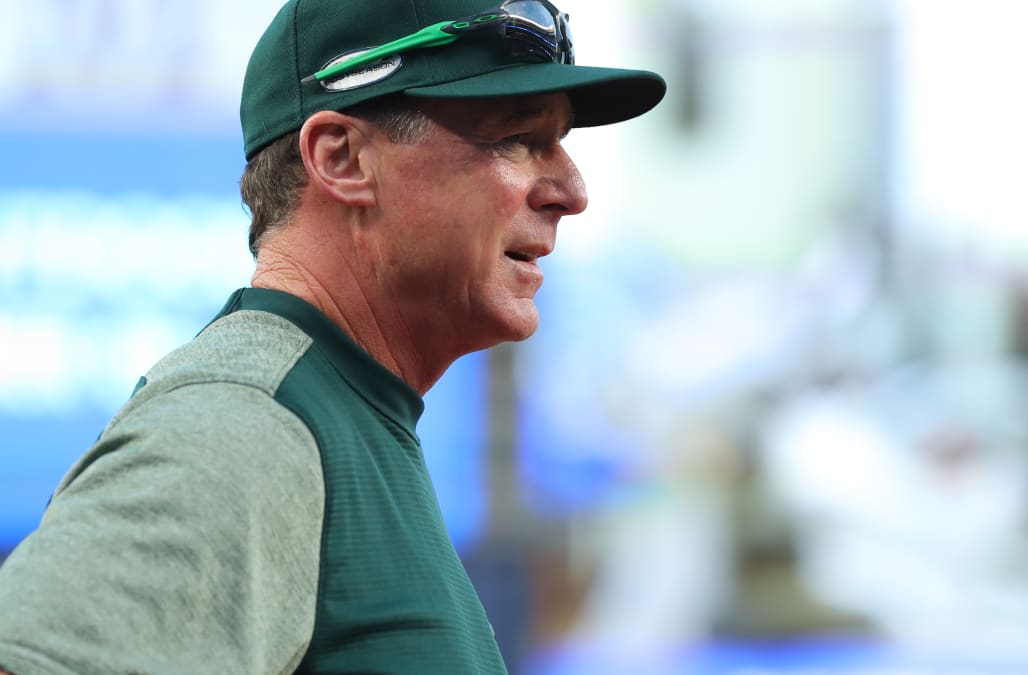 NEW YORK (AP) — Bob Melvin's job was a lot different as a rookie manager with Seattle in 2002, and even when he was voted Manager of the Year with Arizona in 2007 and Oakland in 2012.

"Organizations and certainly front offices are more a part of it now, and you have to understand that," Melvin said Tuesday after winning his third manager award.

Melvin won the American League honor after leading the Athletics to the playoffs despite the lowest opening-day payroll in the major leagues.

Atlanta's Brian Snitker won the National League award following a surprising first-place finish, a reward for a 63-year-old baseball lifer who has spent 42 seasons with the Braves. He thought back to how he returned to the minor leagues in 1986, 1991 and 2004 after stints on the staff of the big league Braves.

"Hey, I've been recycled three times from the major leagues as a coach," he said. "Everything that I've been through I think has prepared me better to understand what these guys go through and what this job entails."

A big league catcher from 1985-94, Melvin became a scout, instructor, front office assistant and coach before he got his first big league managing job in 2002 from Mariners general manager Pat Gillick, a future Hall of Famer. Now he works for Oakland executives Billy Beane and Dave Forst, proponents of the analytics movement that has swept baseball. 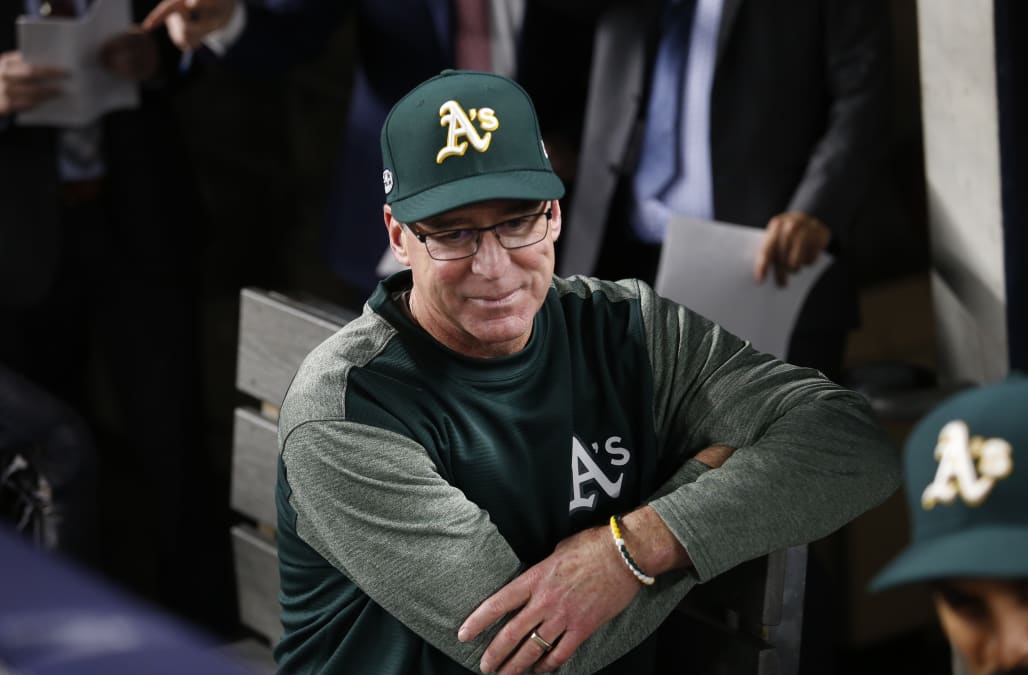 "When I started doing this a long time ago with Mr. Gillick in Seattle, their job was to give me the players and then it was my job to put guys in the right spots. And things have changed since then," Melvin said. "It can be a little bit top heavy as far as where the information comes from, from our front office now, and you have to be able to adapt, or at some point in time you might not have one of these jobs. So I'm lucky enough to be with an organization that not only it's my hometown but from a guy that I've known for quite a while in Billy and they do the best they can to consistently try to implement stuff and get us better. And it's my job to accept it and move forward."

Melvin received 18 first-place votes, 19 seconds and one third for 121 points from the Baseball Writers' Association of America. He is the eighth manager to win three or more times and is one shy of the record shared by Bobby Cox and Tony La Russa.

His A's went 97-65, a 22-win improvement over 2017, even with a $68.6 million payroll when the season began. They overcame a 34-36 start to go a big league-best from June 16 on, even though Jharel Cotton, A.J. Puk, Sean Manaea, Kendall Graveman, Brett Anderson, Andrew Triggs and several other starting pitchers got hurt. They lost to the New York Yankees in the AL wild-card game.

"At the beginning, we were at little bit taken aback by the fact that we lost so many guys early on," Melvin said, "but I think after that it was more kind of a badge of honor that someone goes down, we have to continue to have expectations to win and know we have depth in our organization and it's next man up."

Boston's Alex Cora was second with seven firsts and 79 points after leading the Red Sox to a team-record 108 wins. Tampa Bay's Kevin Cash was next with five firsts and 57 points. The Rays' innovation of using a reliever as an "opener" was copied by other teams later in the season, including Oakland.

"Based on the fact that we had so many starters go down and our bullpen was our strength, we were looking for ways to potentially get better," Melvin said. "Certainly watching what they did over there and the success they had was partly one of the reasons we looked at it."

Snitker received 17 firsts, nine seconds and one third for 116 points, the only manager picked on every NL ballot. Milwaukee's Craig Counsell was second with 11 firsts and for 99 points. Colorado's Bud Black was third with 41 points. 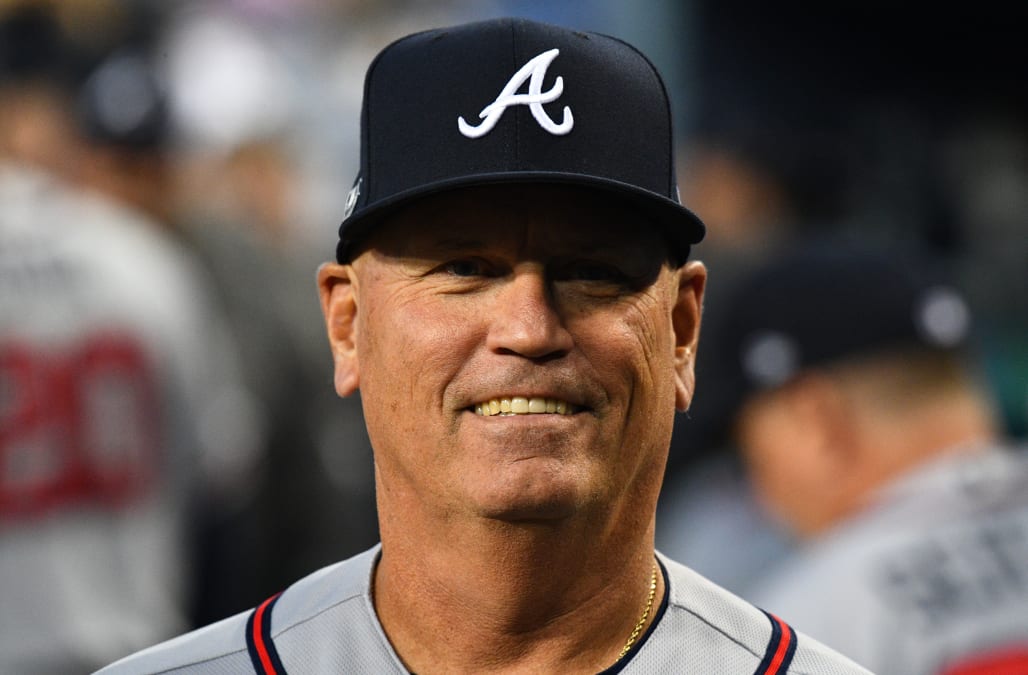 He was managing at Triple-A Gwinnett when he took over Atlanta in May 2016 after Fredi Gonzalez was fired for a 9-28 start. The Braves went 59-65 during the rest of the season, and Snitker was given the job full-time.

Atlanta went 72-90, and then improved to 90-72 this year, when the Braves lost to the Los Angeles Dodgers in a four-game Division Series.

"Everything I've been through, at my age I'm kind of very appreciative of what these guys do," Snitker said. "I'm not looking to set the world on fire or anything like that. I'm just kind of just enjoying this ride."