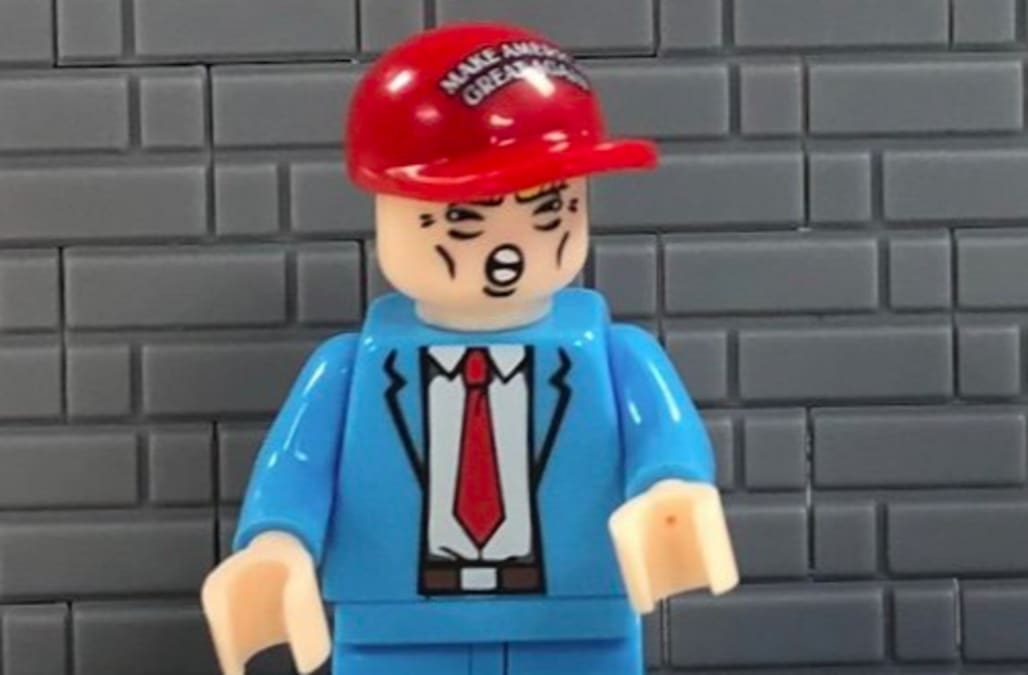 According to its website, Keep and Bear was launched in 2016 "to showcase the release of the groundbreaking film, 'Keep and Bear: America’s Most Controversial Right," which theorized that the right to gun ownership is more than Constitutional.

"Our T-shirts come with the Triple American Made Guarantee.™ This means our shirts are made in America, printed in America on an American-made printer by a Veteran!" Keep and Bear assures.

A description for the "Build The Wall" toy states:

A mob of 10,000 Central American migrants is marching through Mexico and heading toward El Paso, Texas. Mexican border agents attempted to stop them at the Mexican border, but to no avail.

We understand why they want to flee Honduras and live and work in America. After all, we are the greatest nation on earth.

In the interest of national security, however, we cannot allow just anyone and everyone to cross our borders. While there are good people attempting to enter our nation, there are also gangs, criminals, and terrorists. Everyone who wants to enter our country must enter legally for the safety of all.

The wall must be built. The wall will keep America safe and strong. Only then will we be able to help those in need.

The building set, which the site assures will make a "great Christmas gift for your kids and grandkids," is currently available on presale for $29.95 and will be ready to ship on Nov. 23.

Following the release of the toy, many Twitter users called on Lego to take legal action against the conservative brand for what they see as clear copyright infringement.

And I'm including the very worst, saddest Lego knockoffs ever produced in China https://t.co/2GmHb1ZAnQ

I’m no lawyer, but I hope @LEGO_Group sues them for trademark violations. https://t.co/ymarv4ckBH

Bizarre products that use Trump's name