Boy with cerebral palsy forced to lay in mud, used as human bridge by laughing bullies 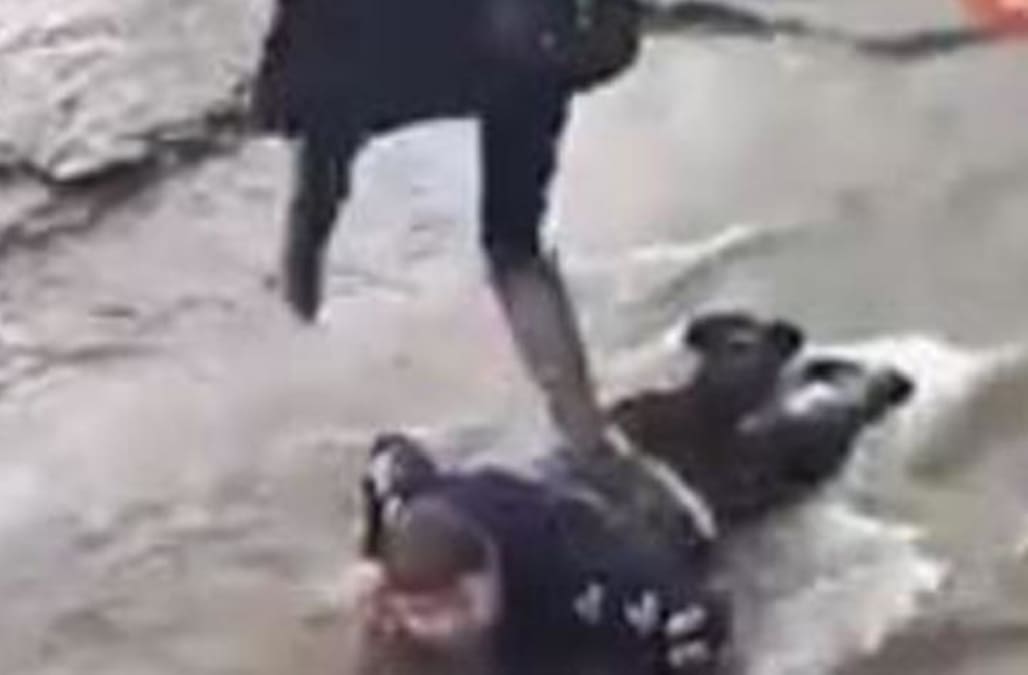 A Canadian child who has cerebral palsy was forced to lay in the mud by a group of bullies, who then used the boy as a human bridge while laughing and filming the incident.

Footage shared on social media depicts Brett Corbett, a 14-year-old student at Glace Bay High School in Nova Scotia, standing in a stream called the Burr-Bank near his school, surrounded by fellow students on Nov. 6.

After some apparent hesitation, Corbett, dressed in a dark hoodie and pants, can be seen easing himself face down into the muddy stream. A young girl then puts her foot on the boy's back, using him as a stepping stone to cross the water, all while other children hurl insults and laugh at him.

The footage, which was originally shared via Snapchat, was uploaded to Facebook by a man named Brandon Jolie, who claims his son is friends with Brett. The video had racked up nearly 500,00 views and over 3,000 shares by Wednesday.

"Parents; you failed this generation," Jolie captioned the video. "The amount (sic) of teenagers that stood around and watched this happen, even took videos of it. I hope you watch this video, recognize your kid and feel the shame."

Corbett, who says he had been previously subjected to bullying at school, told the Canadian Broadcasting Corporation (CBC) that the incident started out as a dare until he began to voice his second thoughts.

"At first it started as a dare," the bullied boy told the outlet. "But then someone threatened to push me in the Burr-Bank and said 'Get on your gut,' and a girl walked on my back."

Terri McEachern, the mother of the victim, told Inside Edition that her son was traumatized by the incident.

"He's scared to go back to school," McEachern told the outlet, adding that her son would not be returning to class for the time being.

Michelle MacLeod, a communications officer with the school board, issued a statement, assuring that the incident is being taken very seriously.

"This is unacceptable and very disappointing behavior," she said. "This type of behavior will not be tolerated and is not one that the school and the Center for Education is proud of."

"We will be working with school administration to facilitate ongoing education regarding the importance of respectful and responsible relationships and behavior and the possible school and legal consequences of unacceptable behavior," she added.