Multiple pilots report UFO: 'We saw a bright light and it just disappeared' 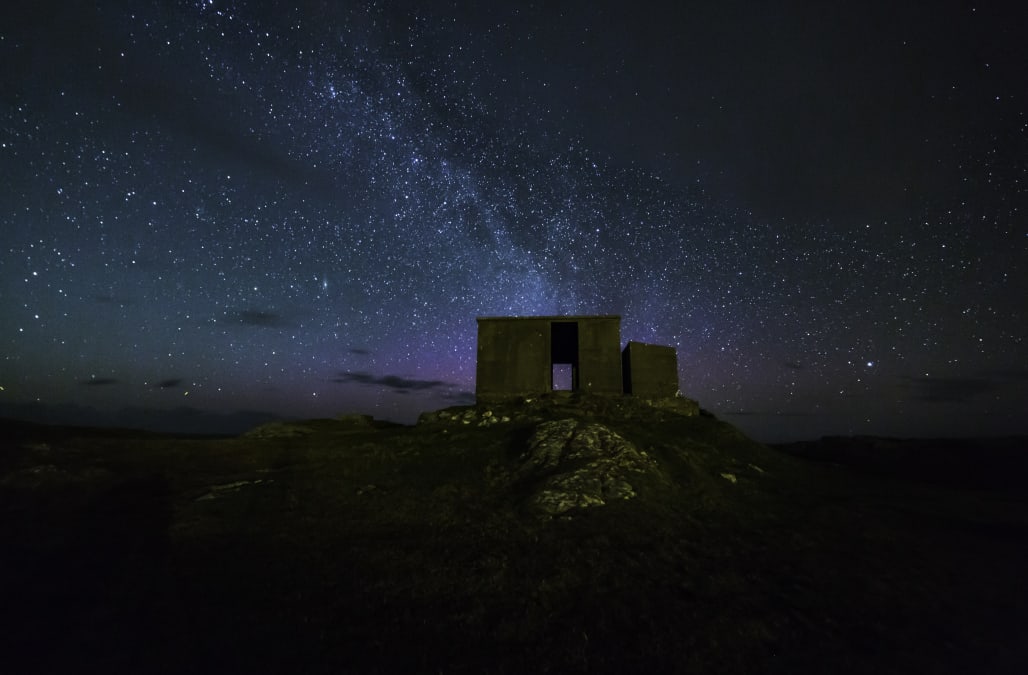 Several commercials airline pilots reported a series of fast-moving unidentified objects in the skies off the west coast of Ireland last week in an incident now under investigation.

One pilot said the object or objects were traveling at “astronomical” speeds of at least Mach 2, or twice the speed of sound, The Irish Times reported.

The incident began when a British Airways pilot flying from Montreal to London’s Heathrow Airport contacted Shannon Air Traffic Control in Ireland to ask if there were any military aircraft in the vicinity. When told there was no such aircraft, the pilot said something had moved “so fast” past the aircraft.

“Errr... alongside you?” the air traffic controller asked.

The pilot replied that two objects had approached on the left and then “rapidly” veered toward the north.

“We saw a bright light and it just disappeared at a very high speed,” she said.

UFO sightings across the world
A panel of scientists concluded June 29, 1998 that science has badly neglected the area of UFOs despite numerous reports and considerable public interest. "It may be valuable to carefully evaluate UFO reports to extract information about unusual phenomena currently unknown to science," the experts, headed by Stanford University physicist Peter Sturrock, wrote in a report released Monday. This photo depicts a possible UFO sighting as reported by the Journal of Scientific Exploration. REUTERS/HO
Nevada Governor Bob Miller (C), presides over the unveiling of a new road sign for Nevada State Highway 375 on April 18 in Rachel, about 150 miles north of Las Vegas. The highway has been the location for numerous UFO sightings, possibly related to the close proximity of the secret U.S. airbase often refered to as Dreamland or Area 51
A demonstrator warning of a government conspiracy to withhold secret files on sightings of aliens in Britain holds up a leaflet outside the House of Commons October 10. There are an estimated 100 Unidentified Flying Object (UFO) groups with radio tapes, radar tapes, and video footage alledgedly documenting aliens in the country
(Original Caption) UFO spotters looking out over the Forth Valley in central Scotland where unexplained sightings are said to be frequent in Bonnybridge, Stirlingshire. (Photo by Colin McPherson/Sygma via Getty Images)
Rachel, NV, On The Extraterrestrial Highway, Highway 375, Home Of Numerous UFO Sightings And Near Area 51. (Photo By: MyLoupe/UIG Via Getty Images)
(Original Caption) Bonnybridge councillor, Billy Buchanan, is campaigning for the Scottish town to be linked with Roswell in New Mexico, the site of a UFO landing in 1947, following UFO sightings in the area. (Photo by Colin McPherson/Sygma via Getty Images)
(Original Caption) This shot of an unidentified flying object over the Lawrence County Farm show grounds, is similar to descriptions of a UFO sighted over Presque Isle Peninsula near Erie, Pa. The photographer was photographing the milk can when he claims the object appeared in his photo.
Rachel, Nevada, Near Area 51, Is Famous For UFO Sightings And Alien Watchers. (Photo By: MyLoupe/UIG Via Getty Images)
(Original Caption) 5/16/1966-Hillsdale, MI- The civil defense director of Hillsdale County, MI, William Van Horn, issued a 24 page report May 16th challenging an Air Force conclusion that 'swamp gas' caused the Hillsdale UFO sightings in March 1966. Van Horn said conditions at the time were too windy for swamp gas to form and that a chemical diclosed an abnormally high amount of radiation and the element, Boron, in both the water and the soil. He also released this photo purporting show an UFO.
Astrophysicist Dr. H. Allen Hynek holds a photograph of a reported unidentified flying object. The Northwestern University professor was asked to investigate sightings by the U.S. Air Force. Dr. Hynek commented the 'flying saucer' looked more like a 'chicken feeder.'
(Original Caption) 3/21/66-Dexter,Michigan- With unidentified flying objects reportedly frequenting the southern Michigan area, curious citizens are turning out by the hundreds to scan the night sky. These area residents gathered late at the scene of a reported sighting by Dexter patrolman Robert Huniwell 3/20. The latest reported sighting was from Hinsdale Michigan, when an unidentified object was watched for several hours by Hinsdale County Civil Defense Director William Van Horn and 87 co-eds from Hinsdale College.
29th December 1953: An Unidentified Flying Object in the sky over Bulawayo, Southern Rhodesia. (Photo by Barney Wayne/Keystone/Getty Images)
3rd July 1954: A soldier pointing at an unidentified oblect in the sky over London, in a Picture Post photo-fiction story about a UFO invasion. Original Publication: Picture Post - 7188 - The Threat - pub. 1954 (Photo by Kurt Hutton/Picture Post/Getty Images)
(Original Caption) 3/21/1966-Dexter, MI- On the back porch of his rented farm, Frank Mannor, 47, points out and scans the area where he sighted an unidentified object the night before. Mannor and his 19-year-old son ran into the swamp behind their house late 3/10, to watch a mysterious object hover just off the ground and then rocket off at their approach.
(L-R) Pilots E.J. Smith, Kenneth Arnold, and Ralph E. Stevens look at a photo of an unidentified flying object which they sighted while en route to Seattle, Washington.
(Original Caption) Dr. H. Allen Hynek, a Northwestern University astrophysicist, tells newsmen at a press conference here that the photograph he is holding is a time exposure of the crescent moon and the planet Venus. The photo, widely circulated in the news media, was supposedly taken by an Ann Arbor, Michigan, police officer. Dr. Hynek dismissed a Dexter, Michigan sighting of an unidentified flying object as luminous swamp gas.
Up Next

A Virgin Airlines flight from Orlando to Manchester, UK, then reported “two bright lights” that “seemed to bank over to the right and then climb away at speed.” The pilot described “a meteor or another object making some kind of reentry, appears to be multiple objects following the same sort of trajectory, very bright from where we were.”

Then, a third pilot chimed in.

“Glad it wasn’t just me,” the Norwegian Air pilot flying from Stewart Airport in New York to Shannon, Ireland said.

“No, uh, yeah very interesting that one,” the Virgin Airlines pilot replied.

Very interesting report on Shannon high level Friday 9 November at 0630z with multiple aircraft with reported sightings of a UFO over County Kerry. Skip to 17 minutes to listen reports on @liveatchttps://t.co/VP1p0hrScn#Aviation#UFO#Ireland

According to the BBC, the Irish Aviation Authority is now investigating the reports of “unusual air activity.” A spokesperson for Shannon Airport told the broadcaster that there would be no comment until that investigation was complete.

At least one expert said he knows what the object was ― and it wasn’t a UFO.

David Moore, head of Astronomy Ireland, told the Irish Times that he was “1,000 percent sure” it was a meteorite and had received at least four reports of a fireball from people on the country’s west coast. His organization also noted the sighting at the time on Facebook.

“We had some reports of a massive fireball this morning!” Astronomy Ireland wrote on Friday. That report said it was moving “quite slow” and noted that it “broke up into several pieces.”

In response to a question about the UFO sighting, the organization wrote that a fireball breaking up “really does look like a fleet of aircraft/UFO’s (sic) flying by.”