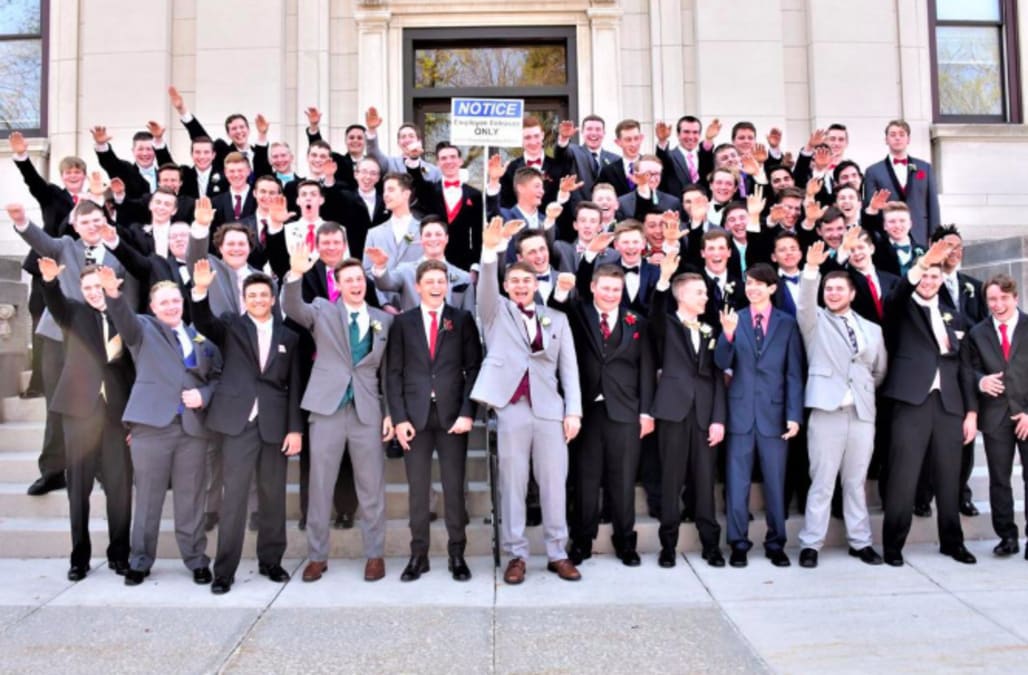 The image was reportedly taken on the day of the school’s spring prom. Notably, not all pictured are raising their right arms.

Baraboo School District Administrator Lori Mueller, said in a tweet on Monday: “The photo of students…is not reflective of the educational values and beliefs of the School District of Baraboo. The District will pursue any and all available and appropriate actions, including legal, to address.”

Meanwhile, the Baraboo Police Department announced it will be assisting the school with the investigation.

The Auschwitz Memorial commented on the matter as well, stating: “This is why every single day we work hard to educate. We need to explain what is the danger of hateful ideology rising. Auschwitz with its gas chambers was at the very end of the long process of normalizing and accommodating hatred.”

According to WMTV, it also welcomed the boys involved to participate in its “online lessons dedicated to the history of Auschwitz.”