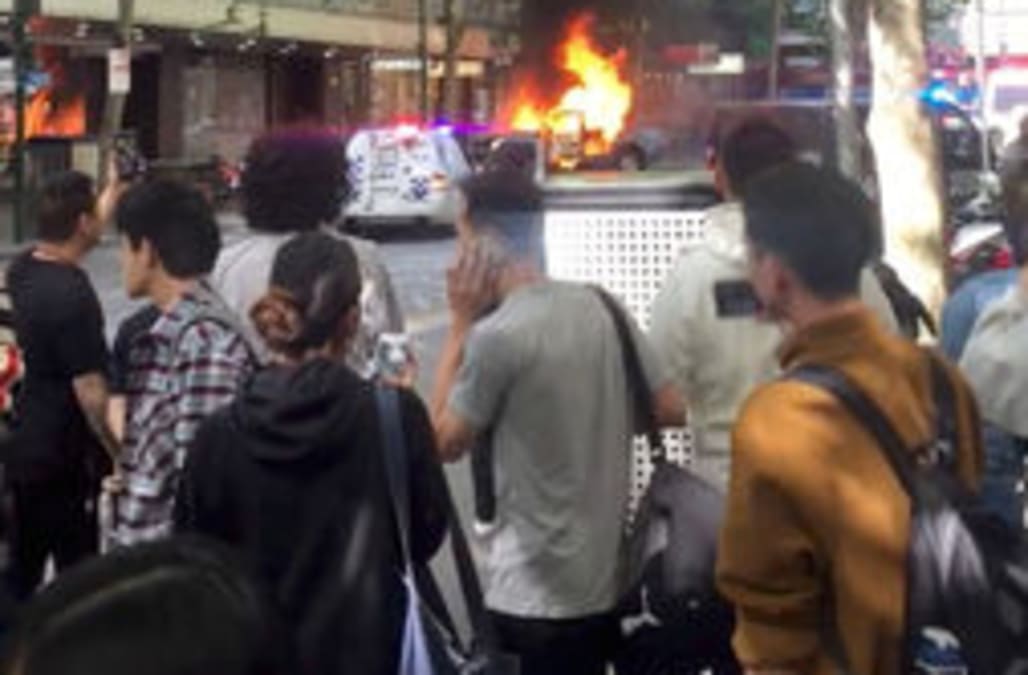 Australian police on Friday said a Somali man who stabbed three people in the city of Melbourne on Friday drove a car laden with gas cylinders which caught fire and that they are treating the attack as terrorism.

The man stabbed three people, killing one, before he was shot by police. He later died in hospital, Victoria Police Commissioner Graham Ashton told reporters.

"We don't believe there is an ongoing threat at this stage, but certainly we are treating it as a terrorism incident," Ashton said. He declined to identify the attacker, but said he was Somali with "family associations that are well known to us."

We’re live with Superintendent David Clayton following an incident on Bourke St in the CBD this afternoon. https://t.co/OkzIPBVb3m

Ashton added that security arrangements at Remembrance Day memorials and other public events scheduled over the weekend will be reassessed and it was likely police numbers there boosted.

This week has also seen the trial of James Gargasoulas begin. He is accused of deliberately driving his car into pedestrians on the same Melbourne Street in 2017, hitting 33 people and killing six.

His defence lawyer has said he was in a drug-induced psychosis at the time.

More from Aol.com:
In Gaza, bodybuilding competition provides escape
U.S. vs. China: How worried should the world be?
Khashoggi was strangled or suffocated and body dismembered, Turkish prosecutor says