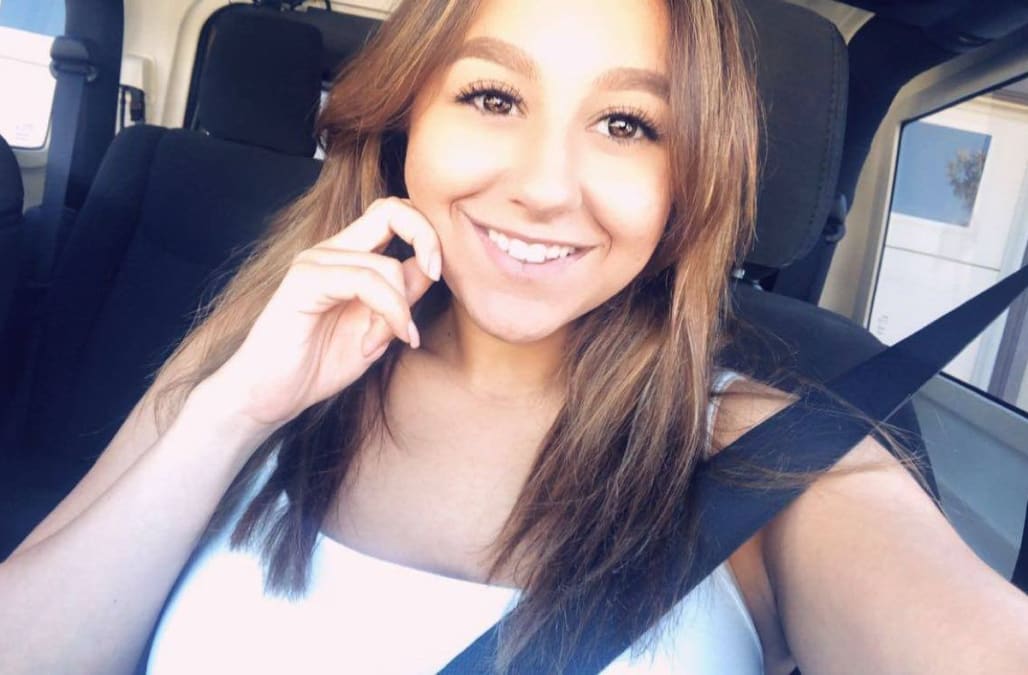 At a candlelight vigil Thursday night for victims of the Borderline Bar & Grill mass murder, Justin Bouse was still processing the last moments of his friend Kristina Morisette’s life.

Bouse recalled seeing Morisette, 20, happily walking around the bar, restaurant and dance hall during her 6 p.m. shift. She was her usual bubbly self, attending to customers, with no clue a gunman was about the storm in and start shooting.

“I saw Kristina walking around right before it happened … It still seems like a dream. I just can’t believe it. I’ve been going there for so long,” he said.

Bouse said Morisette and another of his friends, Telemachus Orfanos, 27, a security guard, didn’t stand a chance.

“My girlfriend and I were in the back by the DJ booth. I heard the shots, looked to my left and saw a black figure and the flashes of the gun,” Bouse, 20, told the Daily News. “He was firing pretty quickly, just boom, boom, boom, boom. It was terrifying. The feeling was nothing but fear.”

Bouse said he first pushed his girlfriend behind some stairs but then saw a different Borderline employee running toward a back door. They followed the man out and rushed up a hill in back with about 40 others.

Morisette wasn’t in the group of survivors.

These are the victims of the Borderline shooting:

Bouse and various friends gathered in different groups around the vigil venue Thursday, recalling Morisette as a wonderful friend.

“She was always happy and super genuine. She was someone I loved to be around,” Bouse said. He and Morisette attended Simi Valley High School together, and knew each other since childhood.

“She was just a sweetheart,” said another vigil attendee, Savannah Horvath, 22.

Horvath said she’s a regular at the Borderline and considered Morisette “a perfect person.”

“She was a great cook, and when we saw each other about a week ago, we talked about our annual Friendsgiving dinner,” said Joseph Kaesberg, 19. “She and I liked to do most of the cooking. She was always so warm and generous and could bring anyone’s mood up.”

Other friends were too overcome with emotion to speak.

Bouse said he attended the vigil to help comprehend the tragedy that still seemed “surreal” to him.

“Having everyone here is a way to process. I have it all in my head, and it’s going to be with me for a while. Having all my friends here, and other people who were there, and just letting the emotion out and hugging is really important,” he said.

He said images from the horrific shooting were playing on a loop in his head.

“We saw people jumping out of the second-story window with glass all over the place. There was one guy who dove out of the window with his whole body into a roll,” he said, shaking his head.

“I remember one guy was screaming so loud. Even where we were out the door, we could still hear him screaming in pain. It was so horrible,” he said. “It’s such a hard thing because it was such a safe space where we all had so much fun. And now it’s just destroyed.”

Thursday’s vigil at the Kavli Theater in Thousand Oaks was packed to capacity. Organizers said 1,800 people filled the seats inside, and at least 400 more watched from outside.

Mayor Andy Fox opened by announcing that donations to a fund set up by the Ventura County Community Foundation to assist victims’ families had reached $500,000.

“There’s nothing I can say here that will fill the hole that’s in our hearts,” Dean said.

He said Helus, a husband, father and 29-year veteran of the department, died a hero.

When Helus got to the scene, he encountered two California Highway Patrol Officers, Dean said.

“They heard the shots being fired and they saw people screaming and people running in all directions, and they said, ‘We gotta go in,’” Dean told the crowd. “They ran towards danger.”

He said the first responders confronted the shooter, and a gunfight took place, and Ron was mortally wounded.

“When I met his wife Karen at the hospital, she didn’t know yet. She actually had a scanner at home and had heard his call sign on the radio and was worried and drove herself to the hospital,” he said.

“When I told her that we had lost her hero, I said to her, ‘Because of Ron, many lives were saved.’ And she looked at me through her tears.

“He would have wanted it that way,” Helus’s wife told the sheriff, “because he was all about making the ultimate sacrifice.”