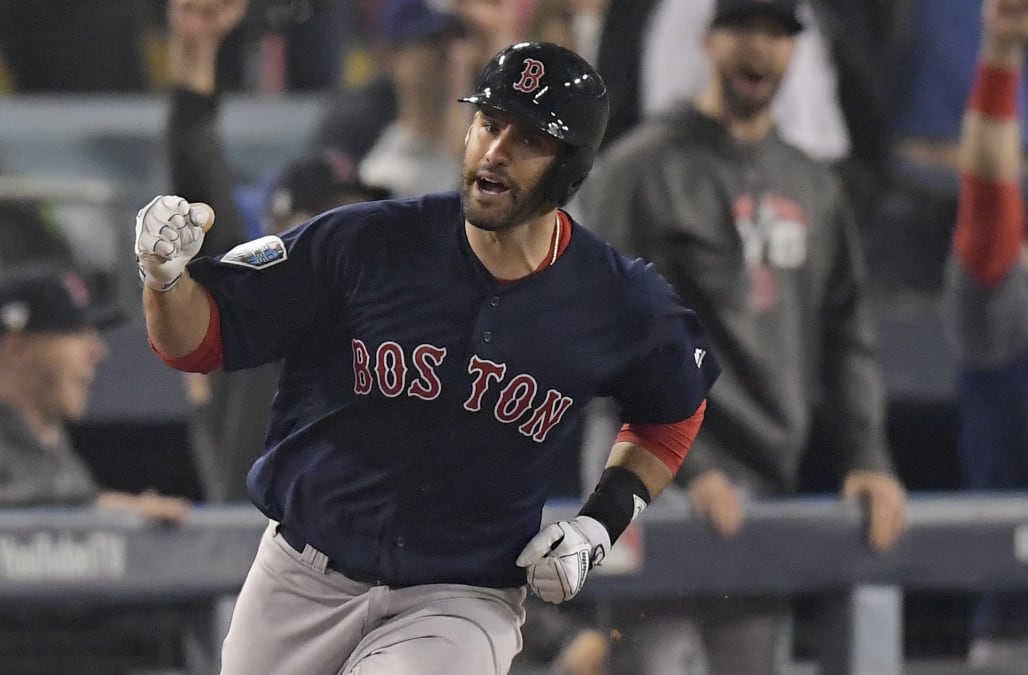 Baseball award season is in full swing. While we won’t know the major individual award — MVP, Cy Young, Manager of the Year and Rookie of the Year — winners until next week, Major League Baseball has set the table this week with a couple tasty appetizers. On Sunday, we learned the Rawlings Gold Glove award winners at each position. On Thursday, the best hitters in baseball were recognized when the Silver Slugger awards were handed out on MLB Network.

The Silver Slugger was first awarded in 1980, and this year it brought an unexpected twist that we’ve never seen before. Boston Red Sox outfielder and designated hitter J.D. Martinez became the first player to ever win two Silver Sluggers in the same season after being voted among the best hitters at both spots.

The award is voted on by the managers and coaches in Major League Baseball. He was the first choice at designated hitter and still managed to get enough votes to also finish top three in the outfield, where he joined teammate Mookie Betts and Los Angeles Angels outfielder Mike Trout.

Betts and Trout represent two of the three AL MVP finalists. Other notable winners included the third finalist, José Ramírez. On the NL side, MVP finalists Christian Yelich, Javier Báez and Nolan Arenado were all winners, as well.

Aside from Martinez, the most interesting winner was Nick Markakis. The 34-year-old outfielder was a first-time All-Star for the Atlanta Braves in 2018, and now he’s a first-time Silver Slugger winner, as well. That’s quite a story.