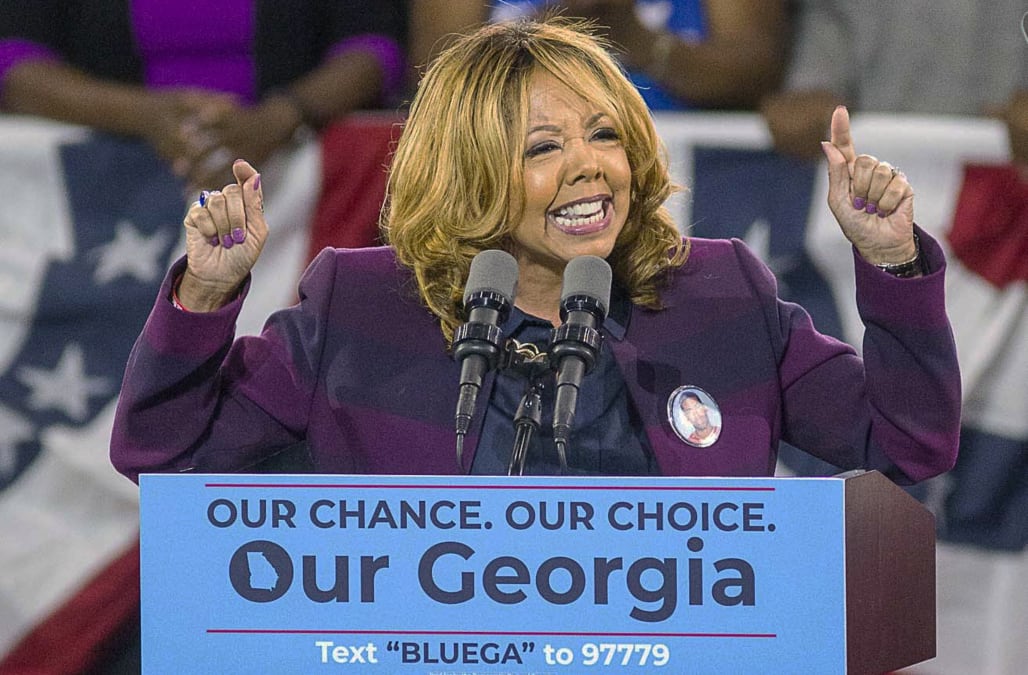 ATLANTA (AP) — An African-American gun control advocate making her first run for public office has flipped a long-red House seat that Georgia Republicans held onto just last year in what was then the nation's most expensive congressional race.

"Absolutely nothing — no politician & no special interest — is more powerful than a mother on a mission," she said.

McBath became a spokeswoman for the Everytown for Gun Safety group after her son was slain in a Florida shooting. Her neophyte campaign for the suburban Atlanta seat former House Speaker Newt Gingrich held when he led a GOP congressional takeover in mid-1990s got a big boost from Democrat Stacey Abrams' efforts to increase turnout in the governor's race.

RELATED: Candidates casting their votes during the 2018 midterm election

Handel sent a letter to her supporters Thursday, saying that her careful review of the vote count shows she narrowly lost the race.

"It is clear that I came up a bit short," she said, offering McBath "good thoughts and much prayer for the journey that lies ahead for her."

McBath's margin of victory was narrow enough for Handel to have requested a recount. The Associated Press declared McBath the winner Thursday after Handel conceded.

McBath made gun control a key issue. Her 17-year-old son, Jordan Davis, was fatally shot at a Florida gas station in 2012 by a white man who was angry over the loud music the black teenager and his friends had been playing in their car.

But getting any kind of weapons or ammunition ban signed into law will be difficult if not impossible in the next Congress.

Republicans expanded their Senate majority Tuesday, and President Donald Trump remains a favored ally of the National Rifle Association. In his midterm campaign sweep, the president frequently delighted his boisterous rallies with promises to "protect the Second Amendment" while at times saying that Democrats "will take away your Second Amendment."

Another congressional race remained too close to call Thursday in the neighboring 7th District. Absentee ballots were still being counted in Gwinnett County, where four-term GOP incumbent Rob Woodall remains locked in a tight contest with Democrat Carolyn Bourdeaux, a college professor who outpaced the congressman in total fundraising.

"We know we're getting closer," said Bourdeaux's campaign spokesman, Jake Best. "But we don't know how much is left."

Georgia law guarantees an election recount if a losing candidate requests it after finishing behind the winner by a vote margin of 1 percent or less. Because in-person votes are cast electronically in Georgia, with no auditable paper trail, a recount mostly consists of re-tabulating digital votes already stored on machines. Those results aren't likely to change.

However, absentee votes and provisional votes — those cast by voters whose eligibility is challenged at the polls — are still cast on paper ballots in Georgia. Counting those a second time has produced minor changes in the vote total during prior elections.

Woodall has represented suburban Atlanta's 7th District since 2011. The Republican won each of his prior elections with no less than 60 percent of the vote. Rather than distance himself from Trump, Woodall campaigned as an experienced lawmaker who could "get results from this president."

Bourdeaux is a professor of public management and policy at Georgia State University in Atlanta and once worked at the state Capitol as director of Georgia's Senate Budget and Evaluation Office. She raised more than $1.9 million for the race as of Sept. 30, compared to Woodall's $1.02 million.

For AP's complete coverage of the U.S. midterm elections: http://apne.ws/APPolitics