What the forecast holds for Thanksgiving travel 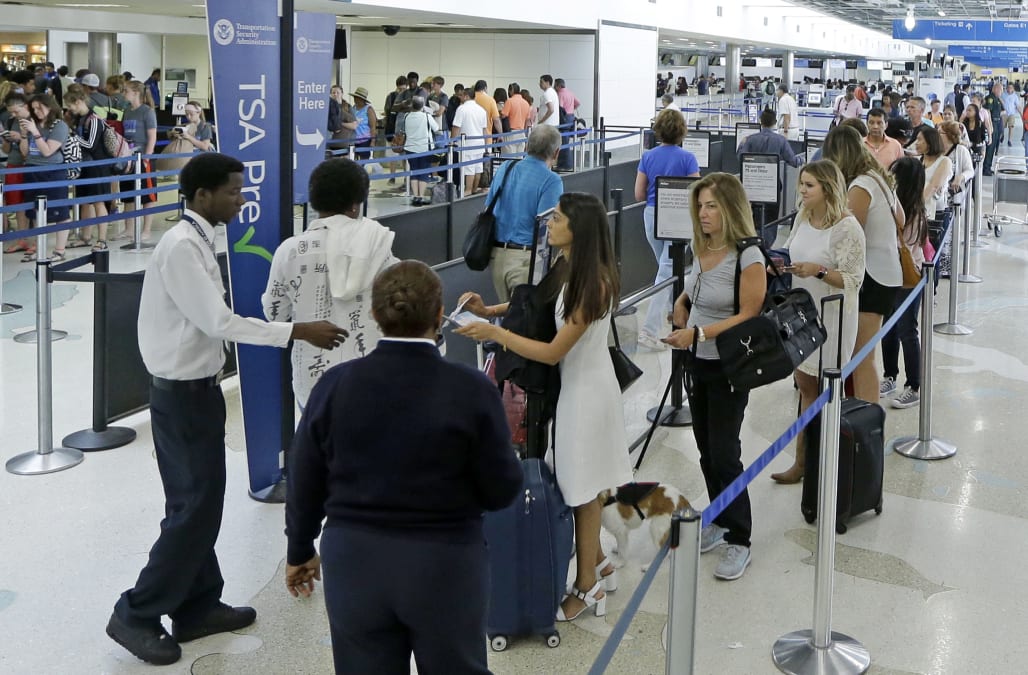 As thousands of Americans get ready for the busiest travel dates of the year, the TSA is expecting this Thanksgiving to be unprecedented.

The Transportation Security Administration is projecting around 25 million Americans will travel for Thanksgiving, thats 7% more people flying than last year.

And it will also be a longer break for some. People trying to avoid the airport crowds will be flying out as early as Friday, November 16th and returning to their original destination on Monday, November 26th.

The busiest travel days will be the day before and the Sunday right after Thanksgiving.

So how does one get ready for airport mayhem? TSA suggests that you arrive early and know what to pack.

Turkey and stuffing are allowed in carry-on bags as well as pies and cakes, they are all considered solids.

Leave the gravy and mashed potato at home since they are considered liquids.

And if you’re taking yams with you, dry ones can go in your carry-on but if they have been prepared they are considered liquid and you will have to put them in a checked bag.

Celebrity Thanksgiving moments through the years
Who says Thanksgiving and Friendsgiving can't overlap? Amy Schumer spent the 2015 holiday with Jennifer Lawrence and Aziz Ansari.
Not all Thanksgiving meals are home-cooked! Ryan Seacrest and his family spent the day at a casual local restaurant.
Ellen captured this pic from a few years ago, "Happy Thanksgiving! Here’s a photo of some of the things I’m most thankful for."
Chef Timberlake! It's not easy to perfect a Thanksgiving dessert, but Justin Timberlake managed to do so -- and we love that he called the task "dad life."
Isn't this what we all wear for Thanksgiving dinner? Beyonce's fierce look in 2017 made us all feel self-conscious about wearing sweatpants.
This sweet Thanksgiving Day moment between Zoe Saldana and her beau proves that romance isn't just for Valentine's Day.
Sometimes amid all the family craziness, you need a moment of solitude, like Zac Efron did on Thanksgiving Day last year.
Ariana Grande spent last year's Thanksgiving with then-boyfriend Mac Miller, who passed away this year. The bittersweet video is a reminder to appreciate each day and tell those you love that you love 'em.
Zendaya and her mom -- who took this photo -- enjoyed a beach sunset during Thanksgiving.
Gwen Stefani snapped this pic of a very outdoorsy Thanksgiving -- Blake Shelton spent the afternoon out by a lake.
Kaia Gerber's brief baking whoops is all too relatable for anyone who's tried to cook Thanksgiving dinner.
Kourtney Kardashian wore a matching outfit with her son on Thanksgiving a few years back.
Up Next

More from Aol.com:
'You can sit in your seat or you can be left behind': Delta passenger forced to fly in seat stained with feces
Flight passengers were forced to endure a 77-hour journey after mechanical issues caused a nightmare flight delay
Elon Musk's high-speed hyperloop tunnel in LA will soon be open for public rides