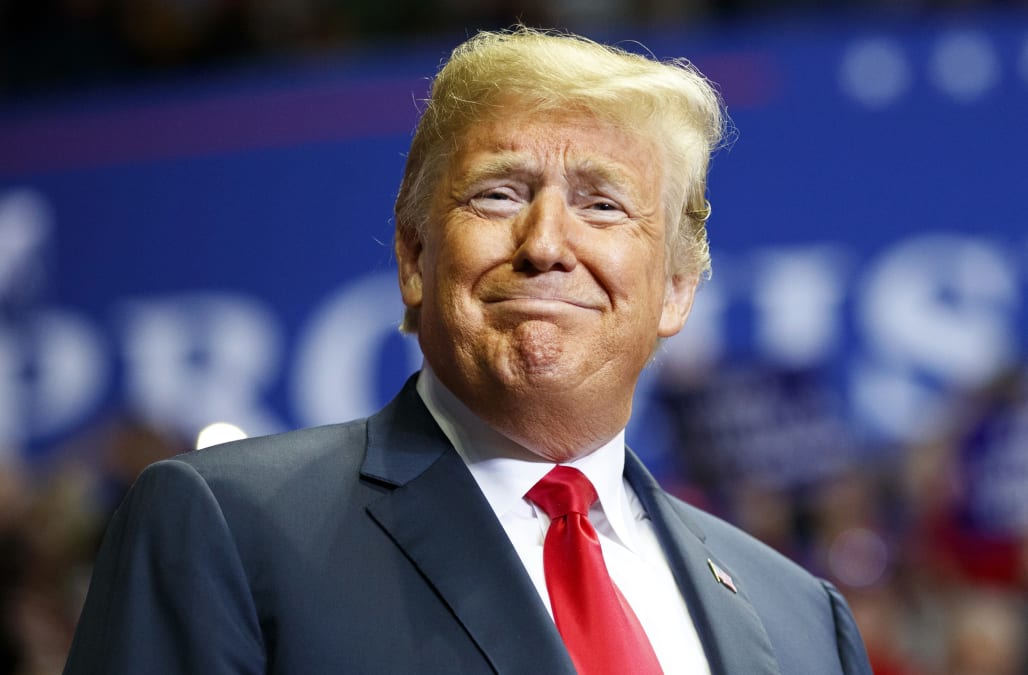 President Donald Trump hailed the results of Tuesday's tumultuous midterm elections as a "Big Victory" for those who supported him — and gave an unceremonious kiss-off to candidates who kept their distance.

"Those that worked with me in this incredible Midterm Election, embracing certain policies and principles, did very well. Those that did not, say goodbye!" Trump tweeted Wednesday morning, ahead of a planned news conference at 11:30 a.m. ET from the White House.

He also tweeted that he "received so many Congratulations from so many on our Big Victory last night."

Received so many Congratulations from so many on our Big Victory last night, including from foreign nations (friends) that were waiting me out, and hoping, on Trade Deals. Now we can all get back to work and get things done!

Trump touted the night as a "tremendous success" for his party as the GOP cemented its grip on the Senate by holding key seats in Texas and Tennessee while picking up seats in Indiana, North Dakota and Missouri.

Republicans also won gubernatorial races where Trump was tied to the party's candidate, including in Ohio, where Mike DeWine defeated Democrat Richard Cordray, and Florida, where Ron DeSantis edged out Andrew Gillum.

After going on campaign overdrive in recent weeks, headlining 30 rallies since Labor Day, Trump spent election night working the phones and watching returns with his senior advisers and some cabinet members.

He later called Senate Majority Leader Mitch McConnell to congratulate him on the Senate gains.

But it wasn't quite the "big victory" as Trump declared.

Democrats seized control of the House, driven by a base that included women, minorities and younger voters, and in suburban pockets that were once solidly red.

They also gained seats in several governors races, including in Michigan, Minnesota and Illinois.