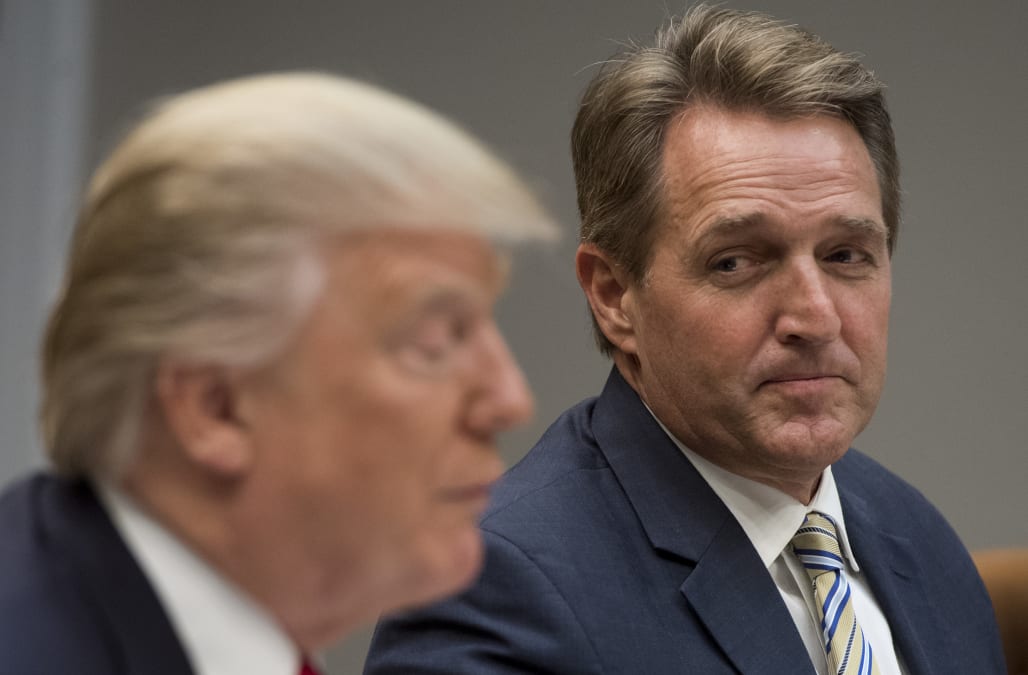 President Trump on Wednesday said that he’s the one who “retired” Senator Jeff Flake.

The comment was made in response to a question about whom he deemed responsible for Republicans, such as Senator Jeff Flake and House Speaker Paul Ryan, voluntarily vacating their seats.

“In Jeff Flake’s case, it’s me,” Trump said. “I retired him. I’m very proud of it. I did the country a great service. He is retired. I’d like to call it another word, but we’re going to treat him with great respect.”

Before moving onto the next question, he added, “Jeff Flake, that’s another beauty.”

Flake, who hails from Arizona, explained the reasons behind his retirement during an announcement in late October of 2017.

While he didn’t mention Trump or his fellow Republicans specifically, his comments often seemed to be about them.