Muslim women elected to Congress for the first time in history 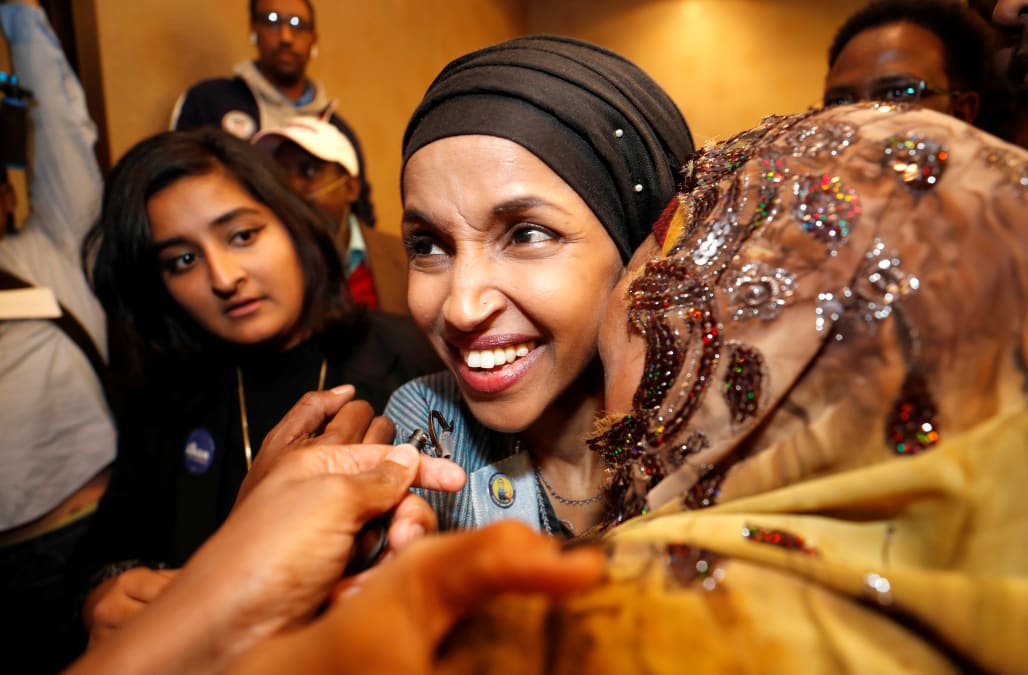 There will be Muslim women in Congress for the first time in history, as Ilhan Omar and Rashida Tlaib easily won their House races.

Omar was declared the winner in Minnesota’s left-learning Fifth Congressional District — which includes Minneapolis and its suburbs, and has elected Democrats since 1960.

A Somali-American and a former refugee, she served as the first Somali-American legislator in the U.S. when she won a seat in the Minnesota House of Representatives in 2016. She campaigned in favor of single-payer health care, tighter gun control and more inclusive immigration policies.

The seat had been held by Keith Ellison, who left it to run for state attorney general.

Tlaib, a Palestinian-American, ran essentially unopposed in Michigan’s 13th Congressional District, which includes Detroit. She is an attorney and served in the Michigan House of Representatives. Her election comes during a presidential administration seen as fanning anger against Muslims and enacting anti-Muslim policies.

There was no Republican on the ballot in the overwhelmingly Democratic district. There was a Green Party candidate, D. Etta Wilcoxon, and a Working Party candidate, Sam Wilson. In addition, Detroit City Council President Brenda Jones declared herself a write-in candidate for the seat in late October. Tlaib had defeated Jones in the Democratic primary earlier in the year, by about 900 votes. Jones, in turn, had won a separate primary to fill the term of John Conyers, who resigned last December after multiple charges of sexual harassment. Conyers had been the longest serving member of Congress before his resignation — a tenure of 52 years.

In a year when a record number of women are running for Congress and races across the country include more candidates of color and more gay, lesbian and transgender candidates, Tlaib and Omar add to the diversity of newcomers to the electoral process.