Mission accomplished for Democrats, but not without disappointment 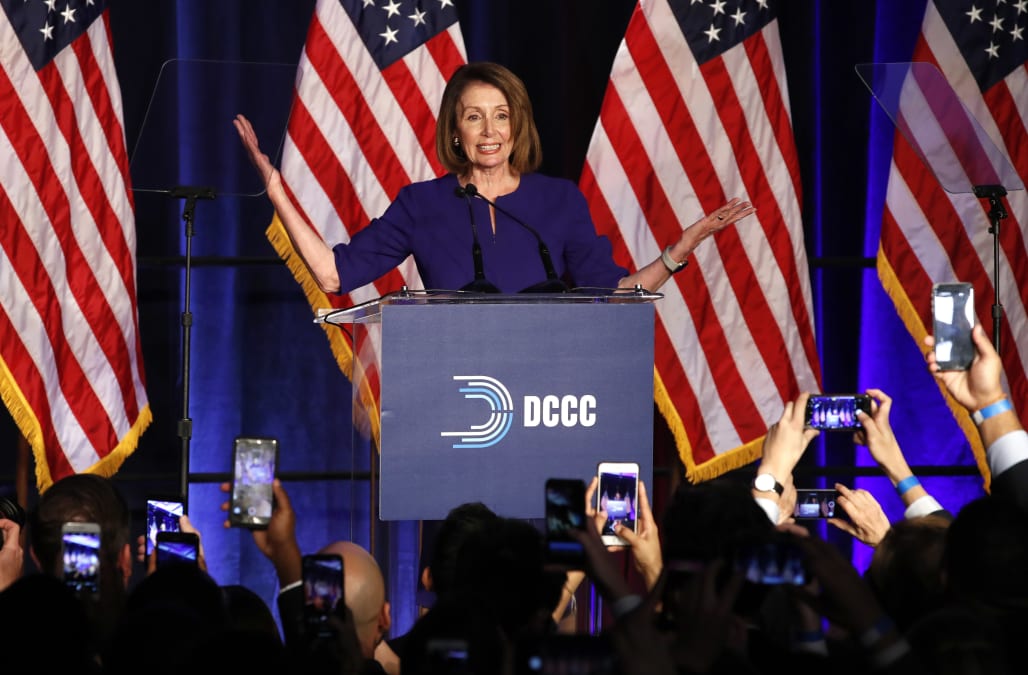 Before national progressives fell in love with Rep. Beto O’Rourke and filled his Texas coffers with small-dollar donations, before Tallahassee Mayor Andrew Gillum shockingly won a late August primary in Florida, the Democratic Party had a single goal for the 2018 midterm elections: Win back control of the House of Representatives in order to provide a check on President Donald Trump in the last two years of his term.

“Tonight we won the majority back. It’s already approaching 30 seats. It may be better than that. That’s a lot of seats, however you measure it. Tonight was very clear where the American people stood.”

Democrats won big in the House, nearly sweeping the suburban districts they needed in order to obtain a majority, and then pulling off upsets in several districts won by Trump in 2016.

Some of their most surprising wins came in urban and suburban areas: In Virginia, former CIA agent Abigail Spanberger defeated GOP Rep. Dave Brat in a district centered on the Richmond suburbs, and Navy veteran Elaine Luria defeated Scott Taylor in a district including Virginia Beach. In Oklahoma, nonprofit executive Kendra Horn pulled off a shocking upset in an Oklahoma City-area district held by GOP Rep. Steve Russell. Trump had won the district by double digits in 2016.

The outcome reflected a growing rural-urban divide in American politics, with the GOP romping in Senate races in North Dakota, Missouri and Indiana, and GOP Gov. Rick Scott’s strong performance in rural parts of Florida powering his victory over Democratic Sen. Bill Nelson. Those three Senate pickups, along with still undecided races in Montana, Nevada and Arizona, indicate Democrats could face a steep climb to win back control of the upper chamber in the foreseeable political future.

However, if Democrats sweep the three seats still up in the air, they would have limited Republicans to a single net pickup over the course of a cycle — an accomplishment, considering Democrats started the cycle defending 10 incumbents in states Trump won.

The biggest stings for Democrats came in states in the former Confederacy, where progressives were hoping to capitalize on demographic changes and expand the electorate. Gubernatorial candidate Gillum and Senate hopeful O’Rourke both lost by narrow margins, and Georgia gubernatorial candidate Stacey Abrams was trailing. All three candidates had won admiration from progressives across the country and raised heaps of money online.

O’Rourke seemed to suggest he could run again in the future. (Some Democrats have suggested he run for president; others hope he will challenge GOP Sen. John Cornyn in 2020.)

And in an early morning speech, Abrams promised voters she would get a “do-over,” indicating she believed enough votes were outstanding to force the race to a runoff.

There were also disappointments in the Rust Belt and Midwest. Although Democratic senators easily dispatched GOP opponents in Ohio, Pennsylvania, Michigan and Wisconsin, they didn’t match those results at the gubernatorial level, failing to capture governor’s races in Ohio and Iowa, two states Trump had won easily in 2016.

“I’m here tonight to tell you that fight is not over,” she told supporters, before requesting donations to fund a possible recount.

There were also other triumphs: Democrat Laura Kelly romped over a favorite of Trump’s, Kansas Secretary of State Kris Kobach, by a 5 percentage point margin. Initiatives to raise the minimum wage passed in Arkansas and Missouri, as did Medicaid expansion in a slew of red states. And the Democratic Party made massive gains at the state level, bringing unified Democratic government to Colorado, Illinois, Maine, New Mexico and New York. It also ended one-party GOP rule in Kansas, Michigan and New Hampshire.

But the biggest victory was always going to be control of the House, which will give the party the power to investigate every aspect of Trump’s administration and stop all but the most bipartisan legislation. In the past, presidents who have lost the House have appeared apologetic. When George W. Bush lost 31 House seats in 2006, he called it a “thumping.” When Barack Obama’s Democrats lost control of the House in 2010, he labeled it a “shellacking.”

The GOP’s gains in the Senate allowed Trump to make a different claim.

Tremendous success tonight. Thank you to all!