McConnell warns House Dems: 'Presidential harassment' may not be the best strategy 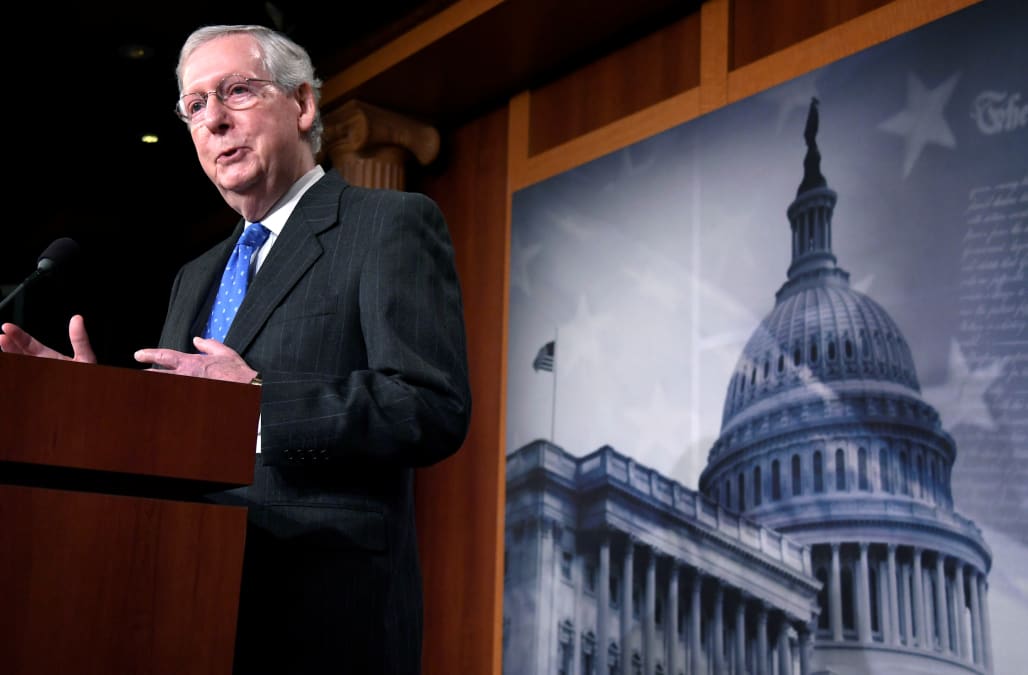 Senate Majority Leader Mitch McConnell warned House Democrats on Wednesday that any investigations of President Donald Trump under their new majority the next two years "might not be a smart strategy."

"The whole issue of presidential harassment is interesting," he told reporters Wednesday, in response to a question about what Senate Republicans would do if Democrats try to obtain the president's tax returns. "I remember when we tried it in the late '90s. We impeached President Clinton. His numbers went up and ours went down, and we underperformed in the next election."

"So the Democrats in the House will have to decide just how much presidential harassment they think is a good strategy," McConnell added. "I'm not so sure it'll work for them."

Democrats will make their own governing decisions regardless of his recommendation, said McConnell, who added that he was just making a "historical observation" that the GOP's investigations of Clinton "improved the president's approval rating and tanked ours."

Though Democrats did not win control of the House in the 1998 midterm elections, they were able to stave off losses typically experienced by a sitting president's party, instead picking up four House seats.

Twenty years later, as of early Wednesday morning, Democrats had picked up more than two dozen seats in the House, more than the 23 needed to take the majority, with some remaining races still not called.

McConnell's comments come as Democrats plan to use their new powers to investigate the president and his administration.

The Ways and Means Committee is one of several House panels that could seek to obtain Trump's tax returns, which he has refused to release since his presidential campaign, saying he is under audit by the IRS. According to a Democratic aide the committee — along with the Senate Finance Committee and the Joint Committee on Taxation — has the ability to request a person's tax returns under the tax code.

The chairman could submit a written request to the IRS to provide the information. If the Treasury Department were to deny it, House Democrats would have to decide whether to pursue the tax returns through a legal route. If they are obtained, the chairman would have to designate the panel's members as "agents" to read the returns. They would then have to vote to make the documents public and report them to the full House.

More from NBC News:
Spokesman for GOP on Kavanaugh nomination resigns; has been accused of harassment in the past
John McCain's family slams GOP group for using footage of him in ads
GOP Sen. Ben Sasse: 'Too much drama' coming out of 'reality show' presidency