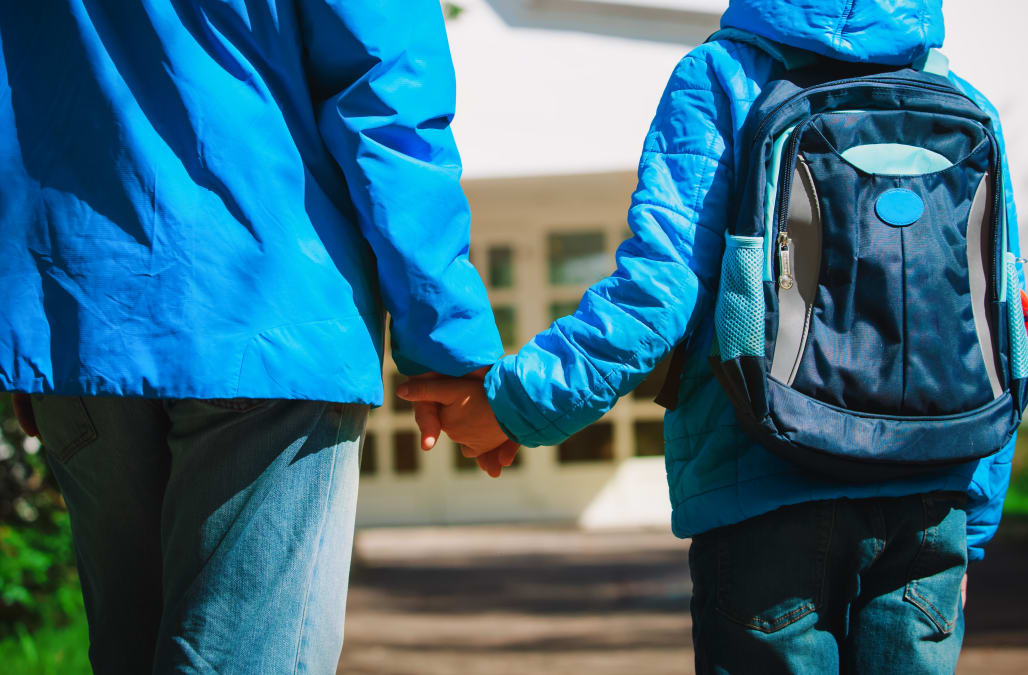 A case of mistaken identity caused a Colorado parent to miss his son’s school performance.

Larry Mitchell, of Aurora, Colo., was trying to see his 11-year-old son perform at his middle school Oct. 26, when he was mistaken for a sex offender.

“My wife and I went to Aurora Hills Middle School in the morning to attend a Writers’ Cafe that our son, a sixth-grader at the school, was participating in,” Mitchell tells Yahoo Lifestyle. After handing security his ID to check in, he noticed that people were whispering. “Eventually, I overheard that my ID had popped up as a match as a sex offender.”

Within the Aurora Public Schools system, all schools use the Raptor Visitor Management System to check visitors against the National Sex Offender Registry, according to local Denver news station KDVR.

While any parent can appreciate this safety precaution, Mitchell wishes it were a little more foolproof. He insists he is not a sex offender. “I tried multiple times to explain that this was a mistake, that I am a teaching artist who visits schools all over the state, that I’ve had at least six background checks since moving to Aurora for various employers, and that I was even background-checked for a program in Aurora by the district a couple of years ago,” he explains. “I’m in schools at least once every two weeks. This has never happened to me. Nothing even close,” he says. “Never even had to resubmit for any of my background checks.” He was in several local school within the last two months and has had no issues.

Nevertheless, the school informed him that in order to see his son perform, he’d have to be accompanied by a security guard. “So, basically, what you have in that moment is me arguing that I’m not a sex offender in front of strangers and people who spend the day with my son and the people in the office publicly asserting that I am a match.” There were other parents around too. “A lot of sly smiles. I basically felt like the only one in the room who didn’t think I was a sex offender,” he recalls. “The other parents were sharing looks with each other that seemed to imply that I was a real pain, and that it’s a shame they had to deal with me.”

Mitchell says he was never shown this profile that allegedly matched him. “My wife and I overheard a good deal as the admins talked among themselves. But neither the school nor the district ever showed me the photo or the info that ‘matched’ my license,” he says.

“There was enough similarity between the record that Raptor provided and this individual parent’s information, that out of an abundance of caution we followed our protocol,” Corey Christiansen, public information officer with Aurora Public Schools, told KDVR .

However, Mitchell claimed in a Facebook post, “The middle and last names are different we should have different state ID numbers.” He tells Yahoo Lifestyle he heard that two of his names and his birthdate may have matched the sex offender’s, “but the district would not confirm any of that.”

Instead of being further embarrassed with an escort off the premises by a security guard, Mitchell chose to leave. He waited in his car for his wife, who was allowed into the school.

According to the school, he left before the staff could clear his name. Christiansen told local Denver station KCNC-TV that security was “in the process of trying to clear Mitchell, which would acknowledge the error and allowed him to enter the building.” The school told KCNC he was gone before they could “verify the error on their own.”

Mitchell doesn’t buy it, though, because they had plenty of time to right their wrong. “That’s a lie,” he says. “Nobody was trying to clear me. It was enter with a security guard or nothing. No empathy or attempt to clear the matter. Nobody was looking into anything. In fact, I called the district from the parking lot as I left.” After a lot of back and forth, he was told this was an issue for the police department. “I did go to the police station last Tuesday. The police have nothing to do with the screening process at the schools. They did run my license, and I’m clear. I also contacted the Colorado Bureau of Investigation. They also cleared me,” he says.

However, the school seems to think everything has been cleared up. “Our security team did determine that Mr. Mitchell is not on the National Sex Offender Registry. Mr. Mitchell will not be required to have an escort when he visits his child’s school. We value the relationships we have with our parents and know that families are our partners in education. Mr. Mitchell is always welcome at our school,” APS told Fox in a statement.

Mitchell is holding out for an apology. “I would like an apology from Aurora Hills Middle School,” he wrote on Facebook right after the incident. “I had planned to volunteer at the school and really be a part of the public school system that I had decided to move my son back into. This is so disgusting. And the way I was treated by the staff and the principal of the school did not help.”

His volunteering plans are on hold for now. “I do still want to volunteer and I don’t,” he tells Yahoo Lifestyle of his new dilemma. “I really wanted to set up some kind of playwriting program. And, I would have donated my time for that in hopes that down the road we might find a grant or something. I also just wanted to be involved. Initially, after the incident, I still felt like this was possible. Now, I’m not so sure. It’d be like me saying, ‘It’s totally OK that you never apologized to me, that you never contacted me, and that you never looked into forming a new policy. Here’s some free labor.’ I still don’t know how I feel about attending future events at the school.”

Mitchell’s wife feels equally insulted. “My son noticed my wife crying during his Writers’ Cafe,” he says. “She also came back to the school and checked him out early for the day, so we could explain what happened.” He said while his son is taking it pretty well, his wife isn’t. “My wife was devastated. At one point, she left the Writers’ Cafe, went back to the office, and let them know how much they had affected her. They had moved on.”

Aurora Public Schools has not responded to Yahoo’s request for comment.