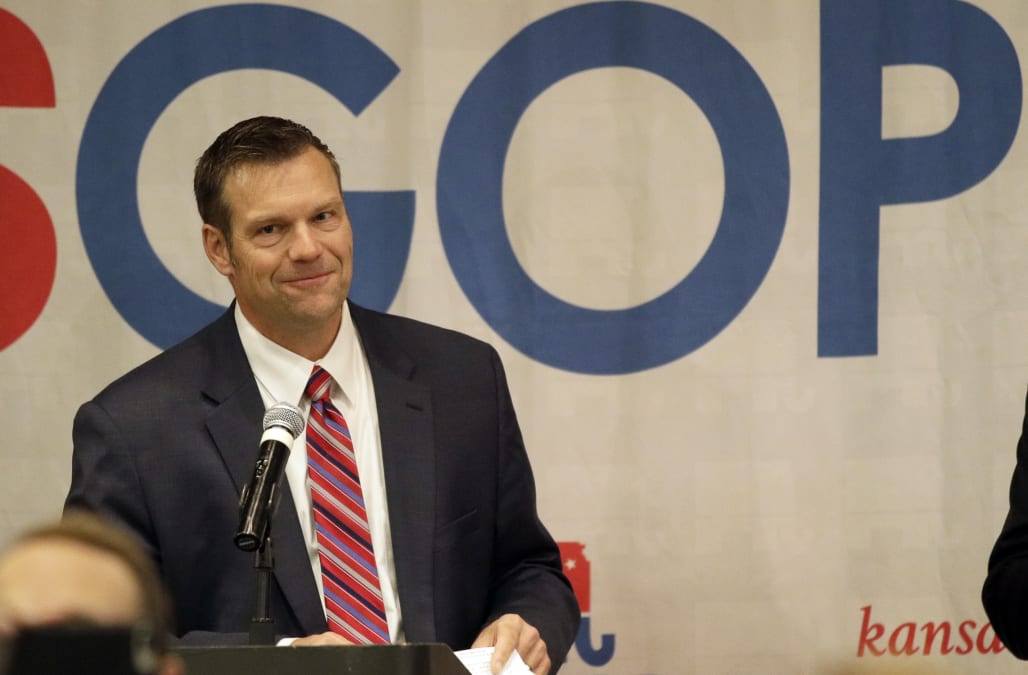 Kelly, a state senator from Topeka, had been neck-and-neck with Kobach, who currently serves as Kansas’s secretary of state, according to polls leading up to Election Day; Greg Orman, an independent, held a small but significant share.

While he had the support of the White House, Kobach had alienated many Republican leaders in Kansas with his proposal to go even further than former Gov. Sam Brownback in cutting taxes and spending. Brownback’s fiscal policies were widely viewed as a fiscal disaster for the state. In the lead-up to Tuesday’s election, two of Kansas’s former GOP governors had endorsed Kelly, along with 27 current and former Republican state lawmakers.

Nationally, Kobach is perhaps best known for his much-criticized role as vice chairman of the Trump administration’s panel to investigate voter fraud in the 2016 presidential election. But he also has a long and controversial record of involvement in crafting anti-immigration and voter-suppression laws that predate Trump’s election. As secretary of state in Kansas, he has implemented some of the nation’s strictest voter-identification laws, including requiring proof of U.S. citizenship, a measure that was struck down by a federal judge earlier this year. He was also the chief architect behind Arizona’s strict immigration law, SB 1070, the bulk of which was ruled unconstitutional by the Supreme Court.

Kelly campaigned as a moderate, highlighting the bipartisan relationships she’s built in the state legislature. She has promised to reform the Kansas Medicaid program as well as the state’s child welfare system.

The results of the Kansas governor’s race may also offer insight into the effectiveness of President Trump’s strategy of anti-immigrant fear-mongering ahead of the midterms. Following the president’s lead, Kobach attempted to stir up fears about the caravan of Central American migrants traveling north through Mexico, in an effort to make illegal immigration a key issue for Kansas voters.

While Kobach has tried to capitalize on anti-immigrant sentiments, Kelly has acknowledged the key role immigrant labor plays in Kansas’s economy, saying at a debate last week that, if elected, she would endorse comprehensive immigration reform to “let people live in peace.”