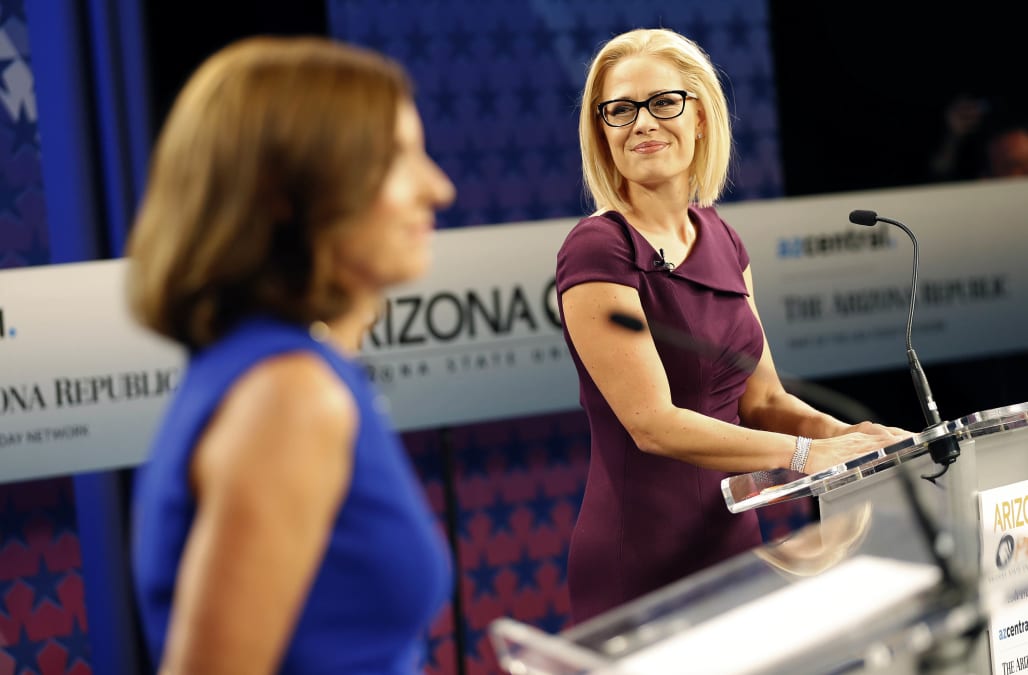 The race for Arizona’s Senate seat won’t be determined until the remaining uncounted ballots get factored in.

Trucks filled with data packs were still arriving at the Maricopa County Recorder’s Office, spokesman Murphy Hebert told CNN. Almost 1 million votes were still outstanding as of early Wednesday, secretary of state Garrett Archer said, only half of which were going to get counted by the end of Election Day. The winner likely won’t be announced until later this week.

“The counties receive hundreds of thousands of early ballots at their polling places,” Matthew Roberts, director of communications at the Arizona Secretary of State’s office, told The Hill. “They are still transporting polling place votes to the counties themselves so there’s quite a bit of ballots that have not been tabulated yet.”

Per @PaulaReidCBS in Arizona: There are nearly a million (897,126) early voting ballots in Arizona that were requested, but not submitted as of yesterday. There may not be an AZ result tonight 😬

Reps. Kyrsten Sinema (D) and Martha McSally (R) are locked in a tight race largely defined by health care. As of early Wednesday, McSally was leading with 790,911 votes to Sinema’s 768,737, with about 75 percent of precincts reporting.

Regardless of the winner, Arizona will have its first female Senator.

Tuesday’s elections marked victories for both parties. Republicansheld on to the Senate, even expanding their majority, while Democrats will take back the House of Representatives for the first time in eight years.