A 'male' octopus surprised its keepers with a cloud of 10,000 babies 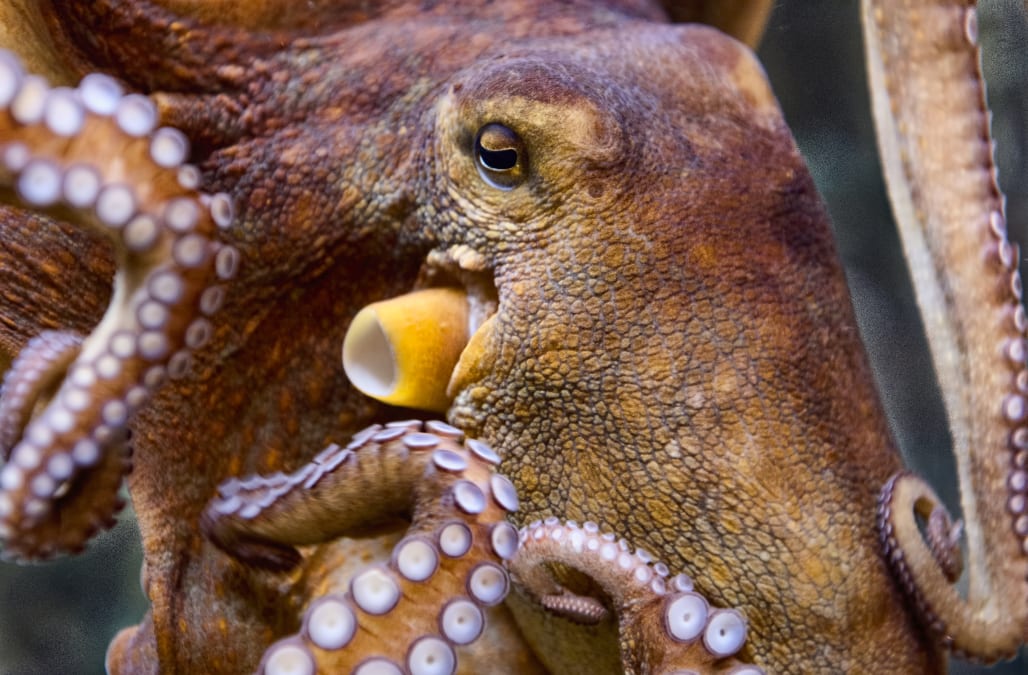 When the University of Georgia’s Marine Education Center and Aquarium acquired a common octopus recently, they got somewhat more than they bargained for. Thinking the individual was a male, they named it Octavius and stuck “him” in a tank of his own. He was a social butterfly, albeit an aquatic one, who liked to stick out his arms and investigate the weird looking land mammals on the other side of the glass.

But then Octavius retreated, hiding out in a cave for much of the day. And then one day toward the end of October, aquarium curator Devin Dumont went to clean the tank only to find thousands of nearly microscopic particles floating in it. “I noticed this cloud of moving dots and I realized, ‘Oh my God, she had babies. There are babies. There are babies everywhere,’” Dumont told Savannah Now. “And a sort of panic ensued.” He scooped them out of the tank into buckets so aquarium staff could take care of them, knowing all the while that this burst of new life meant the beginning of the end for Octavius.

Octavius is, obviously, a female octopus, which is actually a somewhat understandable mistake. Octopuses don’t have strong sexual dimorphism, meaning the sexes don't generally look all that different. The main clues are some minor physical differences on their third right arms that are easily missed. Dumont and his colleagues think Octavius must have been pregnant when she arrived but waited to lay her eggs until she was comfortable in her new home. Octopuses can store semen for weeks after mating in search of optimal conditions.

Unfortunately, when female octopuses lay their eggs they also begin a slow march toward death. They stop eating, dedicate themselves entirely to guarding their clutch, and eventually waste away. The males don’t get off any easier—they die shortly after mating.

Though Octavius will die soon, her babies will live on both in nature and in captivity. Some have been released into the local Skidaway River, others will grow up in nursery tanks, and still more will be raised in the nearby Shellfish Research Lab. They’ll go on to live their own lives being the weird, wild creatures that all octopuses are, until eventually they too sacrifice themselves for their offspring. It’s literally the circle of life.

More from Popular Science:
The 8 best science images, videos, and visualizations of the year
A 'male' octopus surprised its keepers with a cloud of 10,000 babies
'The Martian' author Andy Weir answers your questions about Mars