Women are placing their 'I Voted' stickers on Susan B. Anthony's grave 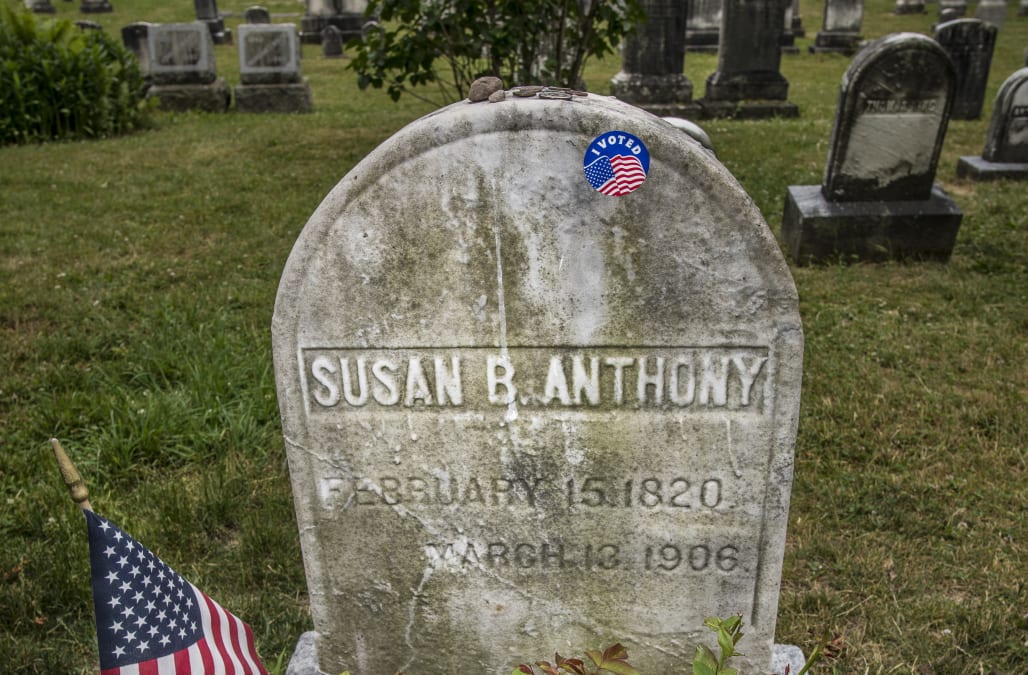 After casting their ballots in the midterm elections on Tuesday, women flocked to Susan B. Anthony’s grave in Rochester, New York, to show their gratitude for her service to the women’s suffrage movement.

The proud female voters placed their “I Voted” stickers on Anthony’s headstone in a practice that has become something of an Election Day tradition. Dozens of the stickers adorned her gravestone after the 2016 presidential election.

The first people arrive at 7:05am here at Mount Hope Cemetery in Rochester, NY to place their “I Voted” stickers at the grave of Susan B. Anthony. It was November 5, 1872 when Anthony illegally voted in the presidential election, resulting in her arrest. #ElectionDay@News_8pic.twitter.com/4yklblxbqY

“There never will be complete equality until women themselves help to make laws and elect lawmakers,” Anthony famously said.

She likely would have been thrilled to know that women are running for elected office in record numbers in 2018 and that women voters will be a major factor in Tuesday’s midterm elections.

An #ElectionDay Tradition: For many years, voters have come to the gravesite of Susan B. Anthony in Rochester, NY and placed their “I Voted” stickers here. Despite wind driven rain in WNY today, that tradition continues. @News_8@NatalieKucko@CarolineKuckopic.twitter.com/ERifToozIs

“Thank you, #SusanBAnthony,” one woman tweeted. “I cannot even imagine a world in which I would not have the right to vote. Your legacy ― women voting, running for office, and more!”

Thank you #SusanBAnthony. I cannot even imagine a world in which I would not have the right to vote. Your legacy - women voting, running for office, and more! https://t.co/83I7aQjxJQ

I will vote for many reasons, grateful that this woman helped earn me the right to do so. #SusanBAnthony#Vote2018pic.twitter.com/HpuYgk8Xtw

The 19th amendment was passed and gave women the right to vote. Women like Susan B. Anthony and Elizabeth Caddy Stanton were arrested, beaten, force feed and slandered publicly to gain those rights for themselves and others. You have a right. You have a voice. Go. Vote. pic.twitter.com/d53mfn1YJu

Wore the Susan B Anthony necklace my Mother made me to the polls today. Today, and every day they are open! #scvotes#susanbanthonyhttps://t.co/FhAMXOZBFD

Women - get out and VOTE!!! Look forward to seeing Susan B. Anthony's gravestone here at University of Rochester completely covered by the end of today! #RochesterNY@UofR#Vote#ElectionDay2018#WomenVotehttps://t.co/G8x6sdn1GP