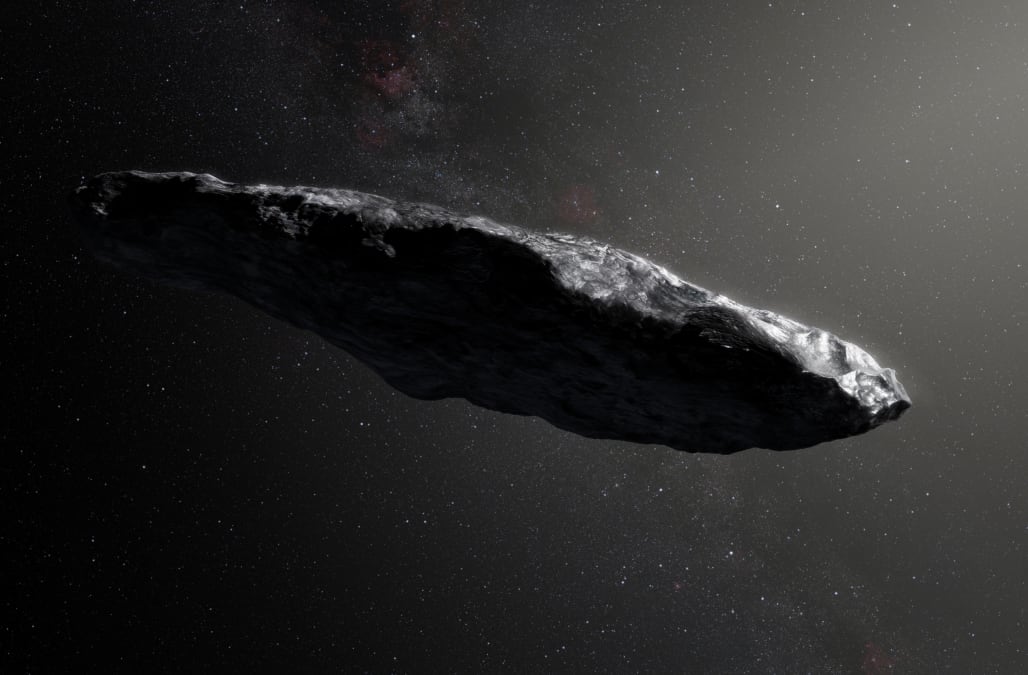 A massive flattened boulder-like object traveling through space with “peculiar acceleration” could be an alien craft, according to a new study.

It “may be a fully operational probe sent intentionally to Earth vicinity by an alien civilization,” states a paper by two Harvard scientists to be published Nov. 12 in The Astrophysical Journal Letters.

Scientists have been confounded by the interstellar object first spotted tumbling past the sun a year ago via telescopes on Maui. It was dubbed ’Oumuamua, which means “scout” in Hawaiian.

Because of its unusual cigar shape and speed, some quickly speculated that it originated from an alien civilization. It was scanned for radio waves, but none were detected. Other scientists deemed it a comet, despite the lack of a traditional tail.

Now professor Avi Loeb, chairman of Harvard’s astronomy department, and post-doctoral fellow Shmuel Bialy have again raised the possibility that it’s an alien ship — or possibly a piece of one.

A certain “discrepancy” in the object’s movement “is readily solved if ’Oumuamua does not follow a random trajectory but is rather a targeted probe,” they write. Such a probe may have been intentionally sent for a “reconnaissance mission into the inner region of the solar system,” Loeb said in an email to Universe Today.

It’s possible the object is propelled through space through some naturally occurring phenomenon. Or it could be an extraterrestrial spacecraft that relies on an “artificial” light sail that relies on solar radiation pressure to generate propulsion, according to Loeb.

“There is data on the orbit of this object for which there is no other explanation. So we wrote this paper suggesting this explanation,” Loeb told the Boston Globe. “The approach I take to the subject is purely scientific and evidence-based.”

Andrew Siemion, director of the Berkeley SETI Research Center, called the paper “intriguing” in an email to the Globe.

“Observational anomalies like we see with Oumuamua, combined with careful reasoning, is exactly the method through which we make new discoveries in astrophysics — including, perhaps, truly incredible ones like intelligent life beyond the Earth,” he wrote.

But SETI senior astronomer Seth Shostak said in an email to NBC that “one should not blindly accept this clever hypothesis when there is also a mundane explanation for ’Oumuamua — namely that it’s a comet or asteroid from afar.”

’Oumuamua is the first interstellar object ever observed in the solar system. Now it’s hurtling away and may never be seen again.