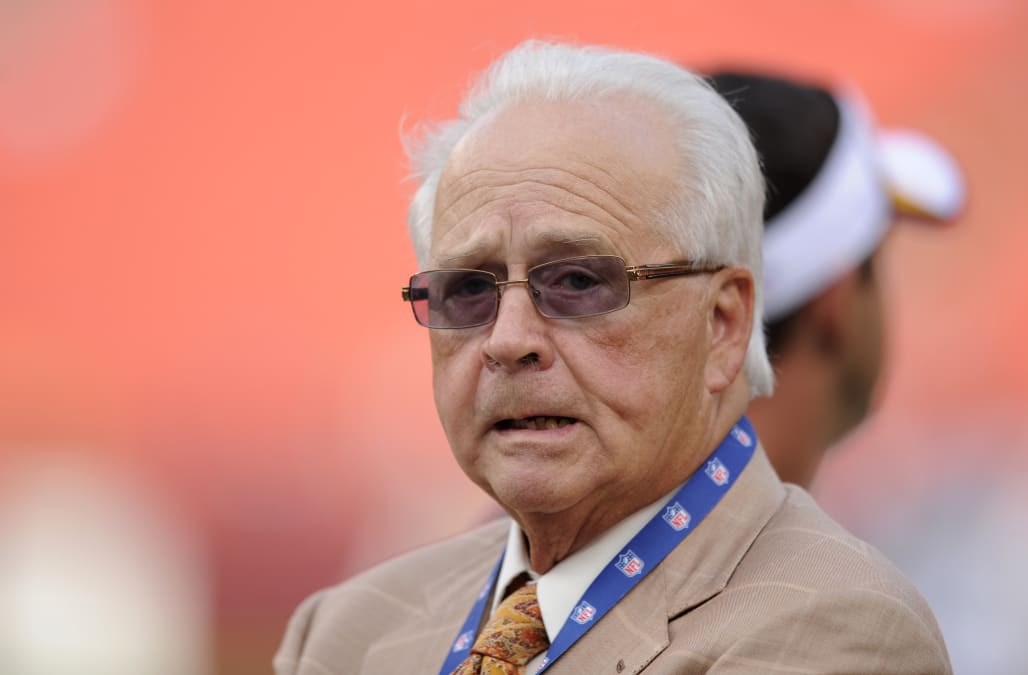 Dr. James Andrews is perhaps the only surgeon in the United States more famous than some of the athletes he treats.

According to Albert Breer of SI.com, Floyd will sue Andrews, the Andrews Institute for Orthopedic Surgery and others over a surgery that ended his NFL career. Breer wrote that Floyd went to Andrews for minor arthroscopic knee surgery in September of 2016. It was supposed to keep him out three-to-four weeks. Floyd says he had a far more significant procedure and he suffered nerve and muscle damage in his right leg.

Floyd, a 2013 first-round pick and productive tackle for the Vikings, never played again.

Breer wrote that the lawsuit will be filed on Tuesday in the Ninth Judicial Circuit Court for Orange County Florida.

The suit says after the surgery, Floyd was “negligently administered a pain blocker that led to the muscle and nerve damage,” Breer wrote.

The $180 million figure is for Floyd’s future earnings in the NFL, though that’s a very high figure for any defensive tackle. However, Floyd was a solid player and certainly was headed toward a lucrative second NFL contract.

“We believe that if Sharrif had not been the victim of the medical negligence we allege, he would’ve been paid commensurate with some of the top players at his position, if not some of the top defensive players in football,” Sohn told Breer on Monday.

Andrews has become famous in the sports world

Andrews, who founded the Andrews Sports Medicine and Orthopaedic Center Birmingham, Ala., is affiliated with the University of Alabama, University of Auburn, the Tampa Bay Rays of Major League Baseball and the NFL’s Washington Redskins, according to his bio.

Andrews’ fame grew with the number of high-profile elbow and shoulder surgeries he did for major-league pitchers, and knee surgeries for all athletes. Perhaps the moment that made Andrews a household name is when he treated Bo Jackson for the two-sport star’s hip injury he suffered when the Los Angeles Raiders. Since then, he’s the go-to surgeon for many athletes across the sporting world.

The Floyd lawsuit puts Andrews in a whole different spotlight, however.