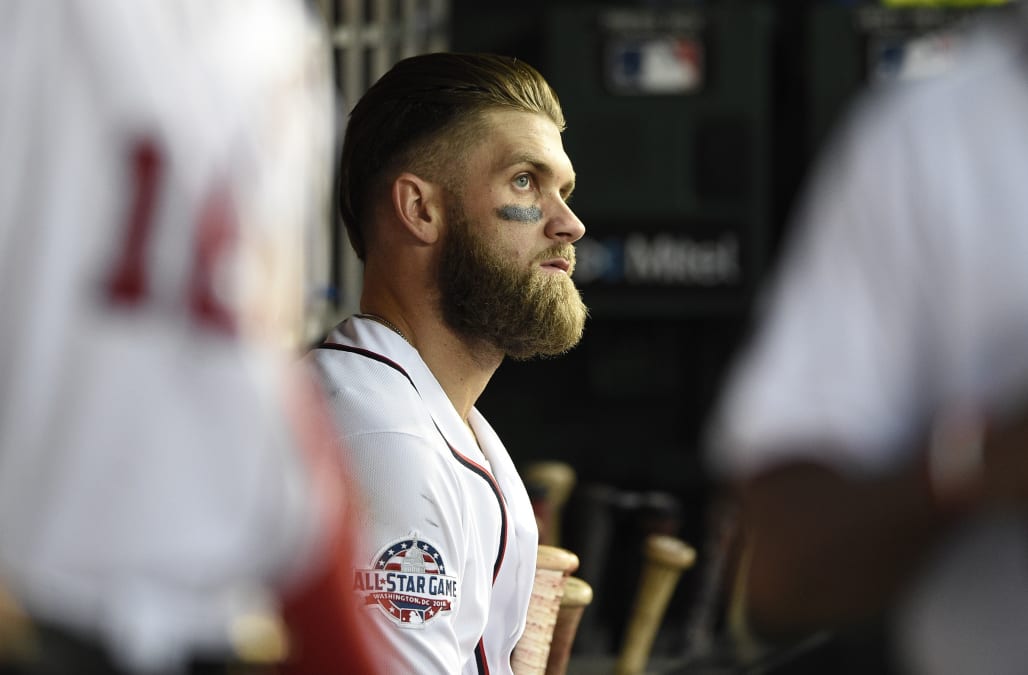 Bryce Harper has spurred some new free agency rumors with his latest activity on social media, prompting one team’s fan base to get excited about their chances of landing the All-Star outfielder this offseason.

According to some Instagram detectives, the Washington Nationals’ star right fielder has followed a couple of Philadelphia’s top athletes.

Philadelphia has been mentioned as a possible landing spot for both Bryce Harper and Manny Machado this offseason. The Phillies have been cutting payroll in recent seasons with plans of going all-out in this free agency class.

Harper has been pretty mum on his decision, though. The Washington Nationals’ star has said on multiple occasions that he would like to stay put in D.C., but he’s unsure if he and the franchise are on the same page when it comes to a contract.

The Dodgers, Giants and Yankees, among others, have also been mentioned as possibilities for Harper in free agency.

The All-Star outfielder is likely seeking a longterm contract worth north of $30 million/year. He and Machado are considered the two top free agents in the class and both are going to get huge deals.