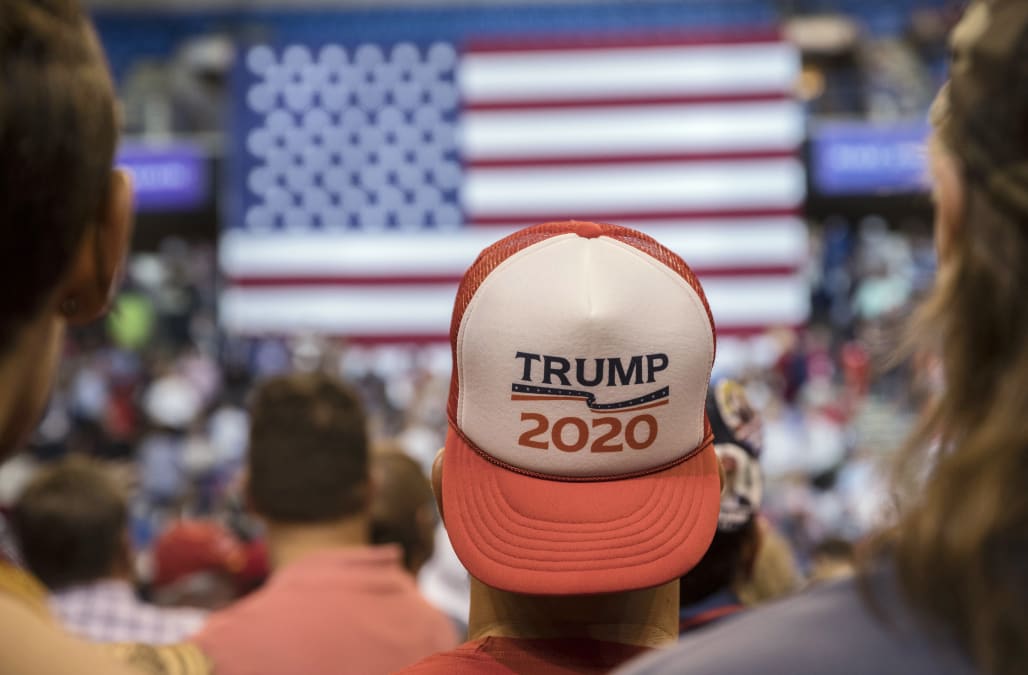 President Donald Trump would likely lose the 2020 election against every woman floated as a potential Democratic candidate, including Michelle Obama, Hillary Clinton, and Elizabeth Warren, according to an Axios poll.

The poll, released Friday, found that Michelle Obama has a 13 point favorability lead over Trump, while Oprah Winfrey has a 12 point lead over the president.

California Senator Kamala Harris has a 10 point lead over Trump, and Minnesota Senator Amy Klobuchar has a 9 point lead. Both women were given a new national platform through their questioning of Supreme Court nominee Brett Kavanaugh as they served on the Senate Judiciary Committee.

Read More: Poll suggests Trump voters are more loyal to him than they are to the Republican Party

A near-majority of those surveyed said they did not know enough about the senators, or New York Senator Kirsten Gillibrand who has a six-point lead over Trump, to rate them as favorable or unfavorable.

But the poll found that they would still beat Trump if the election were held today.

Clinton and Warren, both women that Trump frequently and publicly derides, have the smallest leads over Trump, but would still beat him, the poll found.

Clinton has a five-point lead over Trump, while Warren has a two-point lead.

The poll was produced from two surveys in October that surveyed a total of 9,908 adults.

The results come as Trump's popularity with women slumps: 64% of women view Trump unfavorably, according to the p. 59% of registered voters overall said they had an unfavorable view of the president.

Some of these women are unlikely to run or have not commented publicly on speculation that they might put themselves forward as a 2020 candidate.

Despite earlier reports that said she was thinking about running, Winfrey said on Thursday that she has no interest in the White House as she campaigned for a Democrat.

A former senior aide to Clinton said in October that there was a "not zero" chance she could run for president a third time.

Harris, Klobuchar, and Gillibrand's public criticism of Trump have raised their profiles and fueled speculation that one or more may challenge him in 2020.

Obama has said that she isn't interested in running for president, and instead wants to work with young leaders and create "thousands of mes."

Warren said in September that she would "take a hard look at running for president" after the midterm elections.

The poll did not look at potential male Democratic 2020 candidates, like Joe Biden, Cory Booker, or Bernie Sanders.

NOW WATCH: This company spent 10 years developing a product that allows humans to scale walls like a gecko