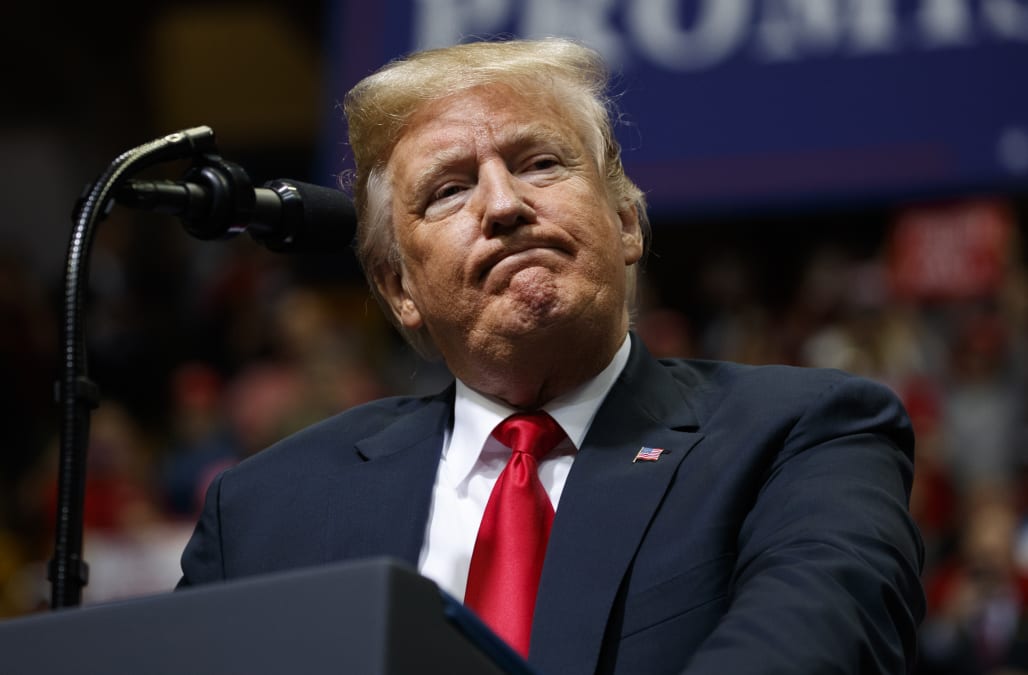 Michael Bloomberg has a higher purpose.

The former New York governor, who has hinted several times that he’s preparing to run for President in 2020, is trying to stack the House ahead of the midterm elections Tuesday.

In a two-minute ad, which cost $5 million, according to the Washington Post, the 76-year-old billionaire speaks directly to camera about the need to elect Democrats.

In October, Bloomberg publicly re-registered as a Democrat, almost two decades after abandoning the party in 2001 to run for mayor as a Republican. By 2007, he had registered as an independent, where he stayed until this year.

"At these moments of great national tragedy, we look to Washington to lead, to offer solutions, to bring us together and to appeal to all of us as Americans,” he says in the ad. “We expect a plan. We expect to be called to a higher purpose, we expect to work together. I don’t hear that call coming from Washington these days. Do you? In fact, I hear the opposite: shouting and hysterics instead of calm reasoning, pointed fingers instead of opened hands, division instead of unity.”

Bloomberg also specifically calls out the “fearmongering over immigration,” backed by a symbolic shot of the Statue of Liberty.

“We must send a signal to Republicans in Washington that they have failed to lead, failed to find solutions and failed to bring us together,” he says in the video, titled “Higher Purpose.”

The ad, funded by Independence USA PAC, is set to air during “60 Minutes” on Sunday night and on CNN, MSNBC and major broadcast networks through Monday.