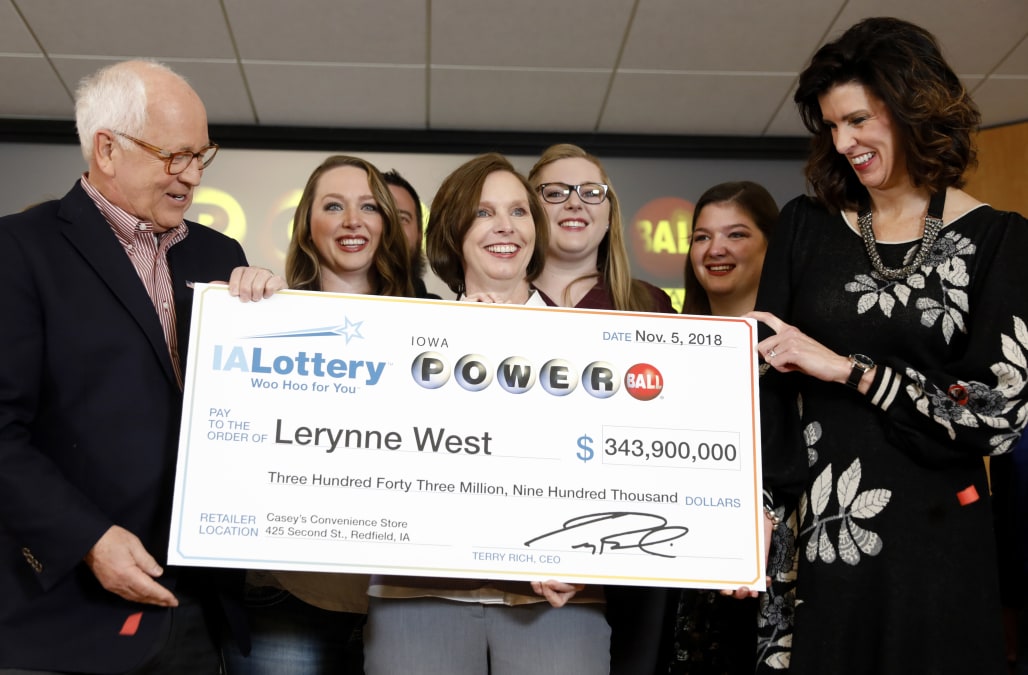 A lottery winner in Iowa is planning on taking a long vacation — "or several" — after grabbing a share of the $688 million Powerball jackpot.

Single mother Lerynne West, identified as one of the two winners on Monday, went for the cash option, which will pay her an immediate $198.1 million, not including taxes.

West, 51, will share the jackpot with someone who bought the other winning ticket in New York City ahead of the Oct. 27 drawing.

She said she realizes "the responsibility and the impact you can make, and all the frivolity goes out the window." That said, she plans to buy a new car and do a fair amount of traveling.

West said she had just purchased a new home in Redfield a few days before the drawing when she bought the ticket. She said she left the ticket on the floor of her sister's pickup truck after believing she put it in her purse.

She could not find the ticket after the drawing, so she asked her sister to look for it. They soon realized it was a winner.

“I told my sister to get in her truck and get that ticket and get up here right now! And, drive slow,” she said.

West announced that she is launching the Callum Foundation, named after a grandson lived just one day after being born prematurely. The foundation will deal with such important issues as education, hunger and poverty.

“I realize this is a life-changing moment,” she said. “I’m excited to share my winnings with family and friends, plan to purchase a new car, and look forward to a long vacation – or several. I also plan to give to the causes and organizations important to my family through our newly established Callum Foundation.”