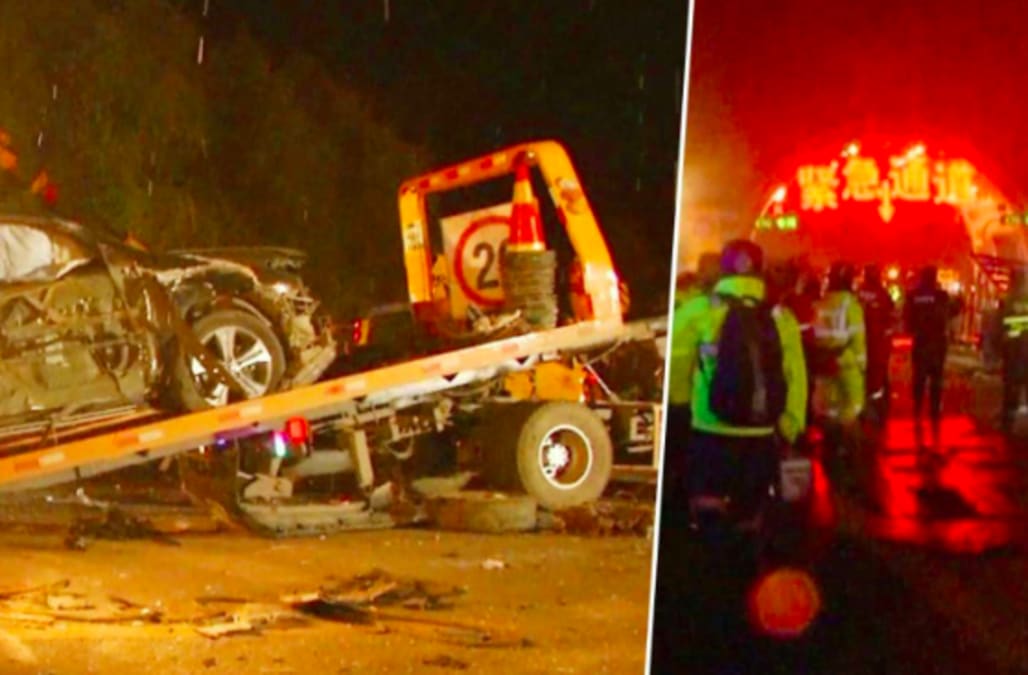 At least 14 people were killed and 34 injured in a 31-car highway pile-up in China, authorities say.

The Saturday night accident occurred when a semt-truck lost control and crashed into a line of vehicles in northwest China’s Gansu province, Reuters reported.

More than 250 officers were on the scene after the crash, giving first-aid treatment to the injured and controlling traffic, according to reports.

The injured were transferred to area hospitals.

The truck driver is reportedly under investigation.

It’s the second large accident in the past two weeks in the country.

Last week, 15 people were killed after a bus veered off a bridge into China’s Yangtze River.