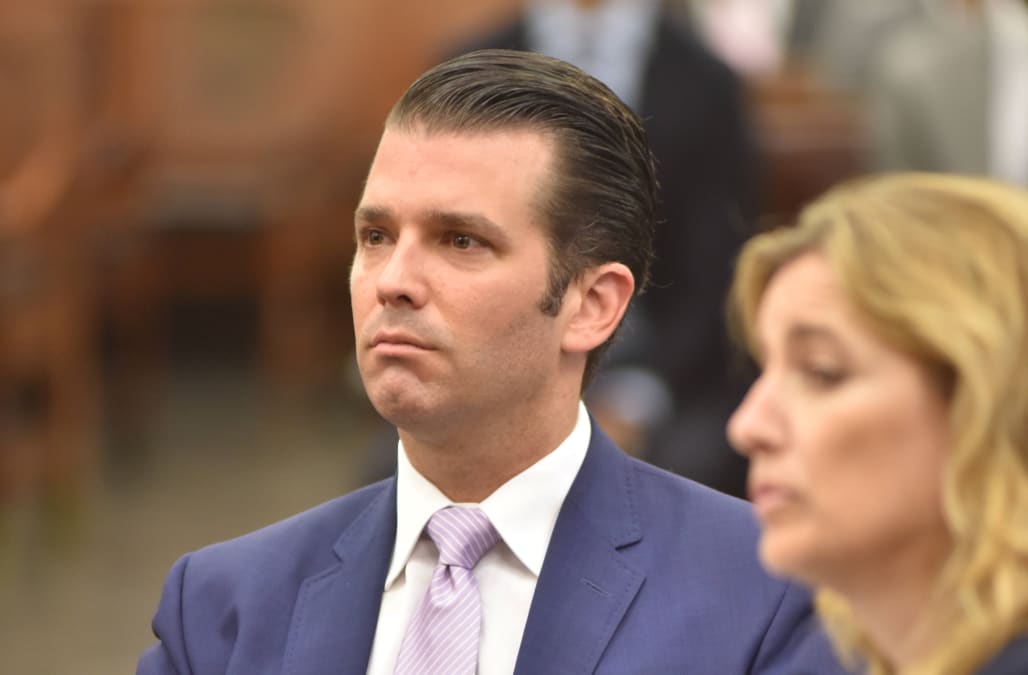 CNN and the oldest son of President Donald Trump got into a dispute on Twitter about the attempted placement of a commercial on the network urging viewers to vote for Republicans in the midterm election.

In a statement, CNN said it turned down a commercial from the Trump campaign pushing people to vote Republican because of a purported threat of migrants coming to the United States. “When presented with an opportunity to be paid to take a version of this ad, we declined,” the AT&T-owned cable-news network said in a statement. “CNN has made it abundantly clear in its editorial coverage that this ad is racist.”

Donald Trump Jr. had earlier on Saturday accused CNN of refusing to run the commercial.

The Trump campaign’s maneuver has many of the marks of a publicity stunt. Many entrepreneurs and marketing organizations often submit commercials that are perceived as too extreme or partisan for mainstream media, and then work to get attention from media outlets by claiming the commercials were rejected. Oftentimes, the ads were never going to be suitable to run on a broad-based media outlet. The method often comes to the fore around the Super Bowl, when marketers who can’t afford the price of a commercial or who never intended to run an ad directed at general TV audiences claim their ad was rejected by a network like CBS, NBC or Fox in an effort to reap free publicity.

CNN has made it abundantly clear in its editorial coverage that this ad is racist. When presented with an opportunity to be paid to take a version of this ad, we declined. Those are the facts. 🍎

CNN and the Trump administration have often seemed at odds, with the President using the cable-news network’s logo in social-media memes that denigrate the press. In recent days, however, Jared Kushner, the president’s son-in-law and senior advisor, took part in a CNN-organized conference in New York City. In the wake of a spate of bombs that were sent to prominent Democrats as well as CNN, the network’s top executive, CNN Worldwide President Jeff Zucker, criticized in a statement what he perceived to be the White House’s “complete lack of understanding about the seriousness” of its attacks against the media.