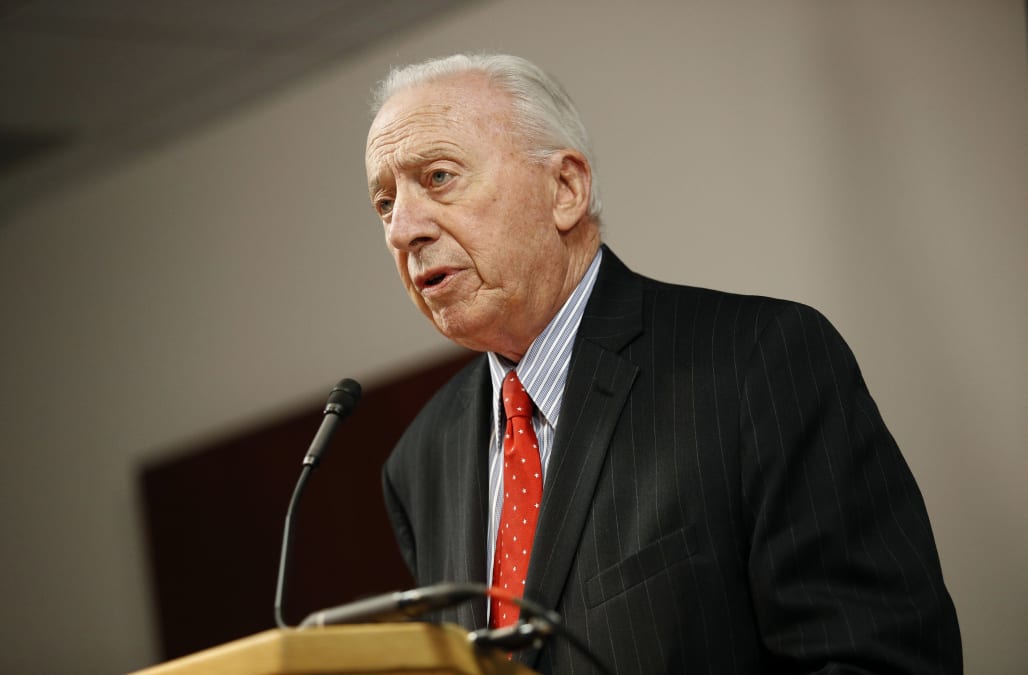 Not only did Maryland’s board of regents recommend reinstating head coach D.J. Durkin, it also recommended bringing back the trainers who failed to adequately treat Jordan McNair.

McNair, a Maryland offensive lineman, suffered exertional heat stroke during a May 29 conditioning workout and died June 13. An investigation into McNair’s death determined that the football training staff did not follow proper protocols in addressing McNair’s symptoms.

Nonetheless, according to the Washington Post, the board recommended retaining director of athletic training Steve Nordwall and head football trainer Wes Robinson, both of whom have been on administrative leave since August.

Per the Post, the university “has not acted” on this particular recommendation. When asked about the employment of the trainers during Tuesday’s press conference, Maryland president Wallace Loh said athletic director Damon Evans is responsible for all staff in the athletic department.

“He will make that decision,” Loh said.

The investigation into the events surrounding McNair’s death was chaired by Dr. Rod Walters. In a September press conference, Walters said Maryland had adequate policies in place to treat exertional heat illness, but the trainers did not identify the severity of McNair’s symptoms quickly enough. The school also did not have proper equipment to cool an athlete of McNair’s size.

“While there was a delay in identifying the severity of the symptoms, once these symptoms were identified, there were efforts to cool the patient and address the respiratory concerns,” Walters said.

“The injury evaluation did not include any assessment or documentation of vital signs, including core temperature. There was a failure to identify escalating symptoms associated with exertional heat illness, including assessing vital signs, identifying the condition and aggressively treating the patient’s elevated core temperature. No apparatus was used for prompt cooling of the patient. Inadequate cooling devices were used.”

Had McNair’s symptoms been identified more quickly, “it might have changed things,” Walters said.

It has been a tumultuous time at Maryland in the months after McNair’s death.

In addition to the investigation into the school’s athletic training protocols, another investigation looked into the culture of Durkin’s football program. An ESPN report characterized the culture under Durkin as “toxic.” Maryland’s investigation did not use the word “toxic,” but did say that problems “festered because too many players feared speaking out.”

Durkin, who was also on administrative leave since August, initially returned to his role this week following the board’s recommendation. However, Loh reversed course and fired him Wednesday after widespread criticism of the board’s actions.

The Terps, 5-3 on the season, will continue playing under interim head coach Matt Canada. The team can clinch bowl eligibility with a win over Michigan State at home on Saturday.