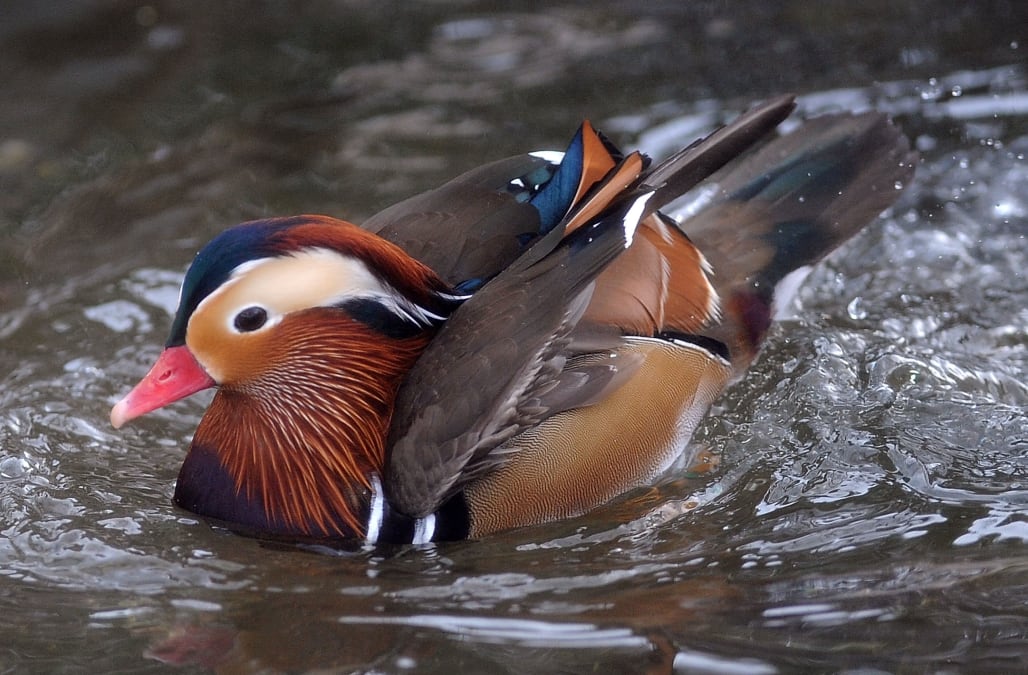 That's one hell of a Halloween costume.

An out-of-place Mandarin duck was spotted in New York City's Central Park this month, leaving experts stunned about where the bird might have come from.

The strikingly colorful creature, whose flocks are mostly found in East Asia with small populations also existing in California and North Carolina, was first seen on Oct. 10 near the Pond in the historic park.

Footage of the Mandarin was posted on Twitter, which led many to question the duck's origin and also fear for its safety.

Photos of the duck:

Although the celebrity bird was briefly feared to have been killed by predators, it turned up again on Thursday and on Sunday in two separate locations in the park — once by the boat basin and once in the Pond, the New York Times reports.

So, the question remains — how did New York's famous new avian resident end up in the big city?

According to Craig Piper, the director of city zoos at the Wildlife Conservation Society, the duck did not come from any of New York’s four major zoos.

David Barrett, the creator and manager of Manhattan Bird Alert, posited that the Mandarin could have fled captivity somewhere nearby, such as New Jersey, or even been released into the wild by an exotic pet owner.

But regardless of why the duck came to the big city — perhaps to pursue writing or acting, as so many are keen to do — NYC officials say they have no intention of trying to capture the creature unless it gets injured.

"As long as it has open water, it will do just fine," Barrett told the New York Times. "He might live very happily on the Central Park Pond."